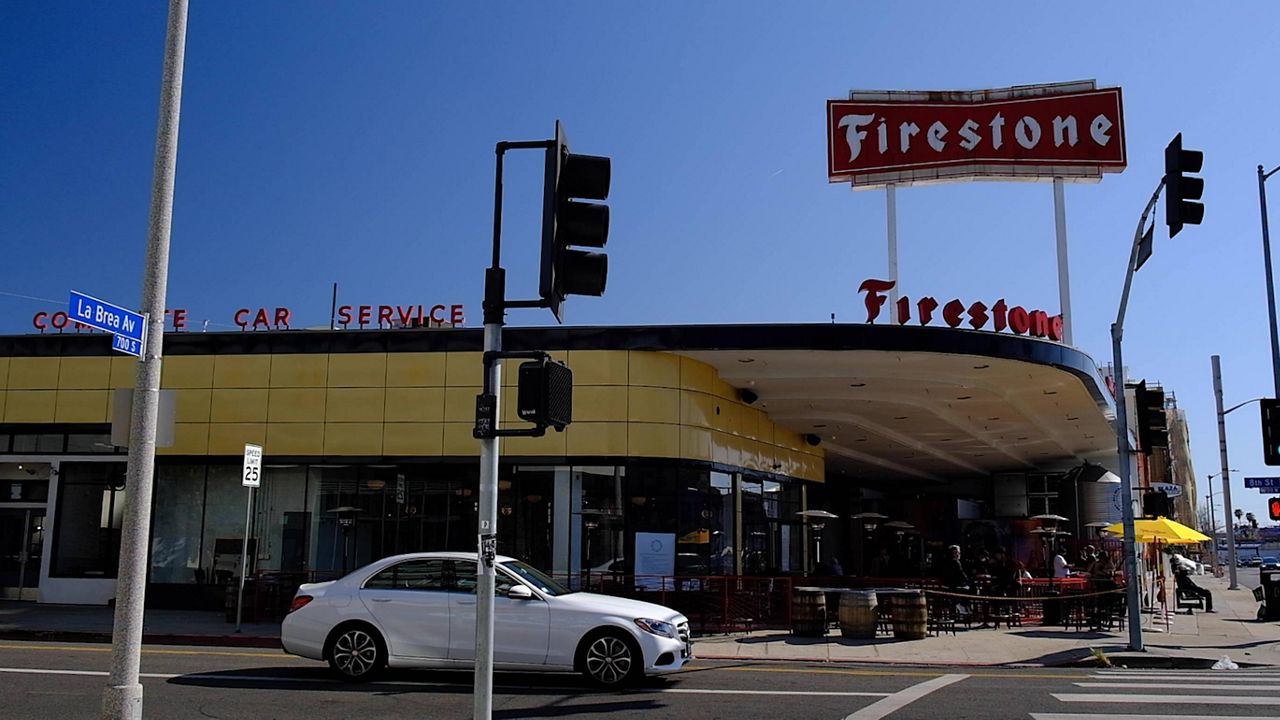 LOS ANGELES — Built in 1938, the Firestone Tire building on LaBrea is vintage Los Angeles. The building was recently restored and reimagined – becoming the All Season Brewing Company after nearly four years of restoration and conversion.


For designer Matt Winter, a Los Angeles native who has a long history with the building, working on the Firestone building was a dream project that took him back to his youth.

“I was really heavily into building vintage hot rods from the 1930’s,” Winter explained. “Driving by this building, I would constantly stop and take photos of my cars I had built in front of the shop.”

After the automotive business closed, many bids were made on the Firestone space, some planning to tear it down and redevelop the lot. The pitch to preserve won out in the end, and since 2017, Winter and his M. Winter design team had been painstakingly restoring it and reimagining the space as a brewery and eatery.

“I thought it was one of the most iconic buildings and I had been drooling over the idea of somebody restoring this building for almost two decades,” Winter said.

The design team carefully researched period materials and fixtures and everything they used in the restoration is true to the historic period.

“My approach to any design, especially any historical building, is, I always allow the architecture to be the guide,” Winter said. “I respect all the lines. I respect the age of the building, the materials, how they use the materials back in the day, not making it too kitschy or over the top.”

Then, there is the state-of-the-art, 15-barrel brewery itself housed behind the bar area and visible behind large glass windows. The All Season Brewing Company brewers focus on classic American styles of beer, reflecting the vintage feel of the space itself.

During the pandemic, several brew houses closed in the surrounding neighborhood, but All Season Brewing Company is poised to become a new neighborhood watering hole attracting the beer crowd, lovers of L.A. car lore, and architecture enthusiasts alike.

“L.A. has such little history left that, you know, whoever's willing to pay the most gets do whatever they want,” he said. “I just don't think that's really the right approach to saving some of our historical landmarks and the foundation of Los Angeles for generations to come to and enjoy.”