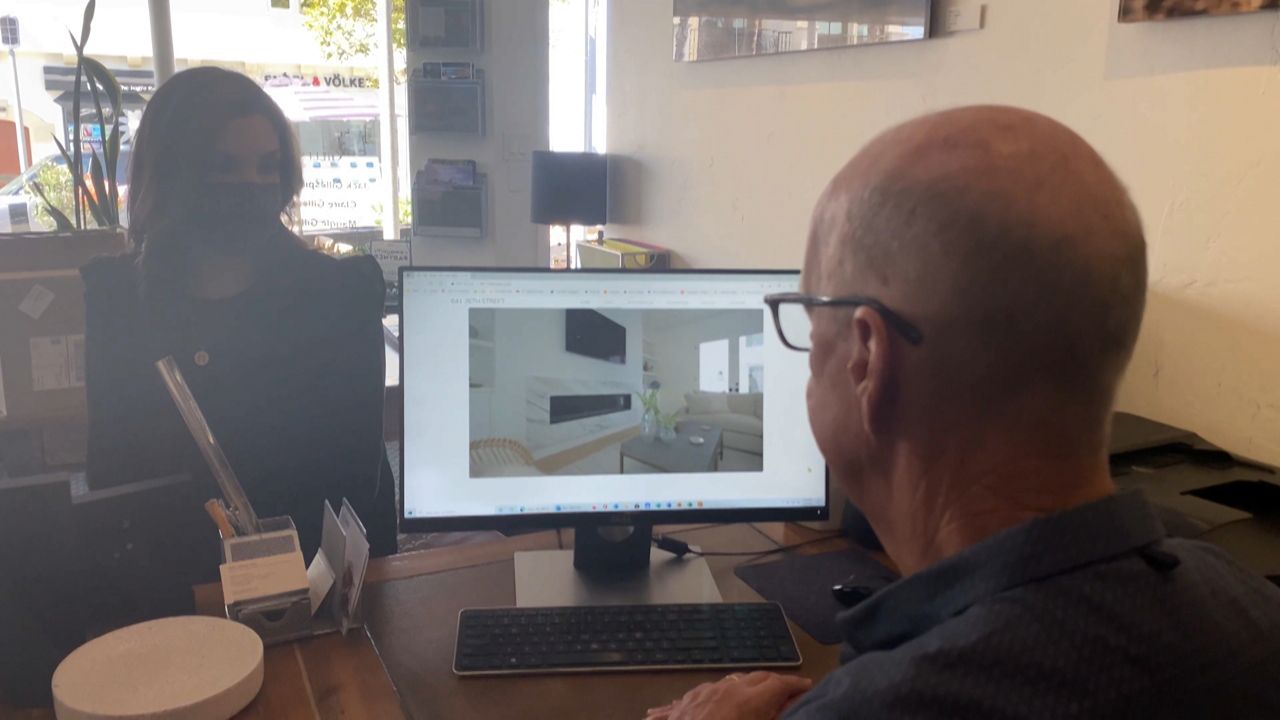 A Redfin survey found that nearly two-thirds of people who bought a home last year made an offer on a property that they hadn’t seen in person  — that’s up 32% from a year earlier.


Virtual reality is the future of real estate, according to Manhattan Beach broker associate Barry Host, who started his career in real estate nearly two decades ago and said things have changed drastically in this industry since then — but especially over the last year.

"Before COVID, we were already using this because we really felt like this was the future, in developing and selling real estate particularly, as more and more of the business has moved online," said Host.

Since the pandemic hit, as Host explained, he’s seen a 50% increase in potential homebuyers who relied on virtual reality software, like his iGUIDE, to tour the home they were considering. This program, and others like it, take users into the house using cameras that recreate the exact dimensions and room measurements.

"Not being able to get clients out to see property has really been a difficult transition for a lot of people," she said. "And knowing that there’s something available where they can feel as if they’re having that experience of a showing and be inside the property, being able to know the dimensions of a room, it’s taken the place of when many people were afraid of being inside another person’s property or even sellers that weren’t willing to have private showings available."

DJ Melzer is one of those sellers. She is moving down the street in Rancho Palos Verdes for more space now that her family works and learns from home.

The mother of four explained that she listed her house at the end of February, and within a week it was sold, even though she opted not to have a traditional open house because of COVID-19.


Melzer had moved into her house just three years ago and noted that using a virtual reality program made this listing a much more streamlined process.

"Versus constantly trying to be out of your house, whenever someone wanted to see it, and I think the program itself really made it a lot easier to do that," said Melzer. "People really get to check out and see so I think it saves time for the buyer and the seller."

Host added that they shave clients who will buy a home online without ever stepping foot inside it, but for the most part, they use virtual reality to narrow the buyer pool.

"Because that buyer that’s going out, they really want to see that property," he said.

When considering the new normal, industry experts predict virtual reality for home buying is here to stay. Redfin also found that monthly views of virtual 3D walkthroughs on their website increased 563% since February 2020.