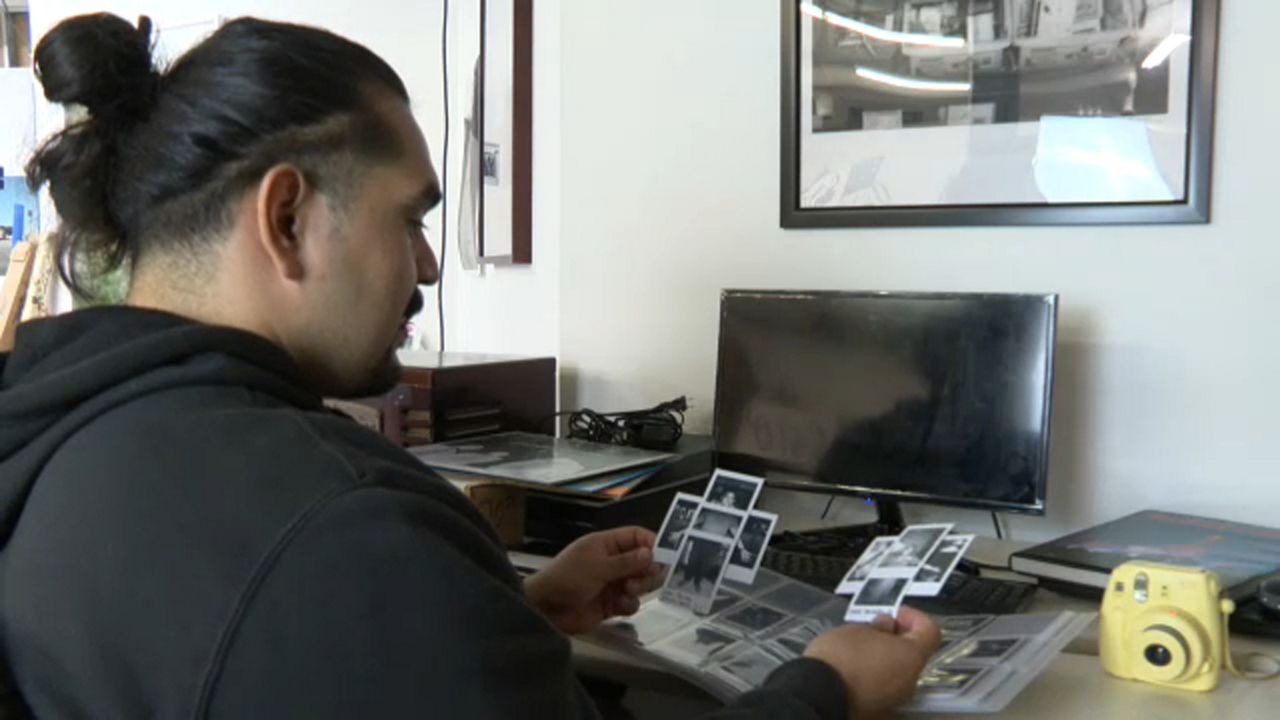 ORANGE COUNTY, Calif. — A photographer’s most powerful tool is their lens, and for Orange County photographer Alkaid Ramirez, it's all about finding the right composition.

The Polaroid camera he shoots on looks like it could be a toy, but in reality, it gives him the ability to depict an authenticity most cameras would be shuttered to.

"I think having it be an instant shot and being able to see it a minute later definitely gives another level of gratification,” said Ramirez. "In the spaces that I was, I’m working in and around mostly around immigrant and minority community members, so having a big camera in front of them could really be intimidating for them thinking someone’s taking their identity and hoping to do something malicious with that."

Those spaces Ramirez refers to are OC swap meets. Ramirez has been coming to them his entire life.

Ramirez's dad was a merchant marine in Mexico before coming to Anaheim to build a better future for his family as a business owner. Coming to these swap meets inspired Ramirez to document the experience of these vendors, many of whom are trying to earn a living selling goods after the pandemic caused them to lose their jobs.

Using his camera and his platform as an artist, Ramirez told the story of many of these Latinx and immigrant workers in an exhibit that ran throughout April at Muzeo in his hometown of Anaheim. The prints from the original Polaroids were placed on the ground to showcase, as he explained, how the minority and immigrant working class are the foundation of our society.

"Everybody thinks that there’s so many opportunities in this country to be able to make a buck, but sometimes those avenues are not allotted to everybody that is here," he said. "However, people in our communities find ways."

Ramirez hopes his focus on inequities faced by the Latinx and immigrant workers will bring more attention to their experience. His next project is focusing on his family tree. Looking at the past he says, is the only way to create future understanding.

"The more we have understanding of who we are, where we came from and our heritage, the more we’re able to come together, create communities that take care of each other and look after each other, despite the odds of what the world throws at us."