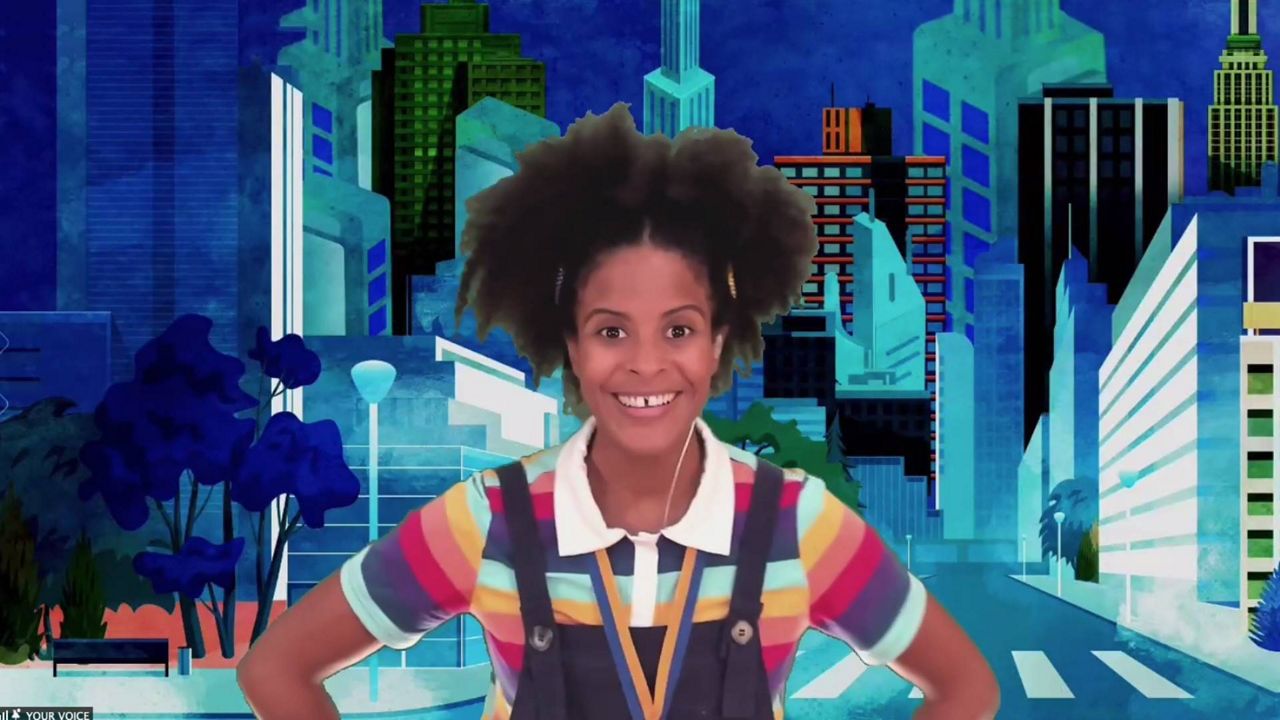 EAGLE ROCK, Calif. — The lyrics of the opening song to "The Door You Never Saw Before: A Choosical Musical" are completely relatable, whether you're age 9 or 90: "You’re stuck inside your house for so long, you can’t remember."

Gabrielle Maiden plays "Your Voice" in the musical and definitely says things you’ve thought and felt over the past year.


"You dream of having a great adventure but you can’t venture out, because that’s what being stuck is about," Maiden sang while staring into the camera and directly at her Zoom audience.

Maiden's viewers, however, are no ordinary audience. Writer, composer and lyricist Matt Schatz wrote this show specifically for kids between the ages of 6 and 9.

"The pandemic really affected all of us, but I feel like it affected sort of elementary-aged kids particularly in a tough way," he said. "And I wanted to write a show where they were the heroes because I feel like, in a lot of ways, they have been."

"The Door You Never Saw Before" is the latest offering from the Geffen Stayhouse. Like many shows before it, this one involved a secret package in the mail: a suitcase full of items that young audience members will use as they interact with the performers in this new genre they’ve dubbed a "Choosical Musical."

“It’s a Zoom show where you can pick who you want to talk to, the kind of story where you pick your path," said Schatz, adding that he had a little experience writing for kids before this project, and he also has a baby born right as the shutdown began.

So when the Geffen approached Schatz about writing something for young audiences, he said he was already in the mindset. He found that the trick in writing for kids is not talking down to them.

“We respect them and are as honest as we can be,” he said. “I think what you have to be in theater is just always be as honest as you can be.”

Matt Shakman, artistic director of the Geffen Playhouse, agrees. The Stayhouse initiative has been a huge success since their first show, "The Present," sold out in a matter of minutes. While each show has been very different, he noted that there’s a common thread.

"Which is authenticity and interactivity — those were the things we discovered people seemed to engage with," he said.


Shakman explained that since coming to the Playhouse, it's long been one of his goals to branch out into theater for young audiences, especially since he lives with one himself: his 5-year-old daughter Maisie.

Meanwhile, Schatz — who previously participated in The Writers' Room, the Geffen's year-long program for local playwrights — hopes both kids and adults will take away a few lifelong lessons from the show he describes as a pandemic parable.

“The next time tough times come — and tough times will come — you’ll know from this experience that you’re strong enough to deal with it,” he said.

While his target audience may not understand words like resilience, adaptability and perseverance, they’ve certainly shown us what those words mean over the past year.

"The Door You Never Saw Before" runs through June 27. For information, visit here.