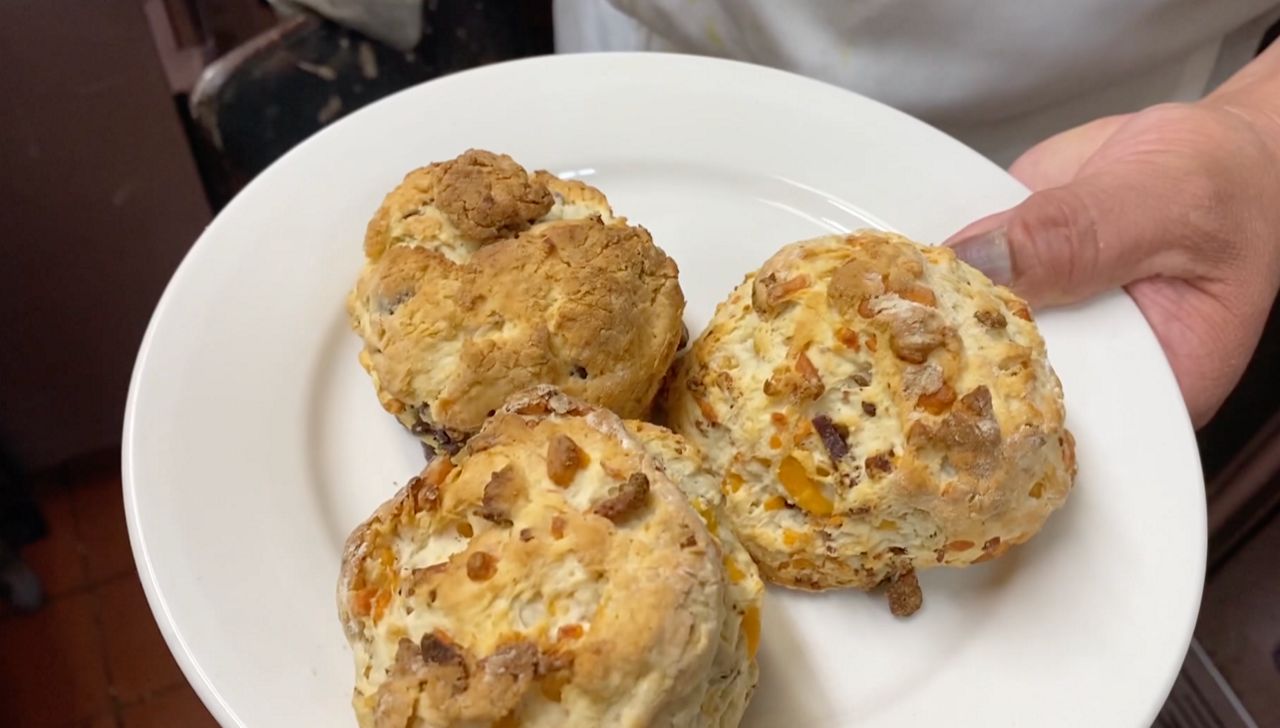 Los Angeles restaurant John O’Groats is known for its biscuits that are baked to order. (Spectrum News 1/Jada Montemarano)

On Saturday, the restaurant will celebrate its 40th anniversary.


How did John O’Groats stand the test of time? Well, spending only two hours inside, you will quickly learn why. Owner Paul Tyler knows everyone along with their names, family members, even travel plans.

This is what happens when you have been an integral part of a restaurant for 40 years. Tyler’s mom and stepdad, who he affectionately refers to as Dad, opened John O’Groats as a 20-seat counter just to make money, but it became their life. Tyler was the perfect person to take over.

“You have to be a very special type of person to do this. You have to really enjoy this business to do it as long as you are going to do it,” he said as he helped seat a customer, which happens quite often.

After studying at Cornell University, Tyler wanted to bring his family restaurant into the future. Honoring the past but also changing with the times, he added a healthy, fit menu with vegan and vegetarian options for breakfast and lunch.

“As my dad used to say, this was a while back, he says, ‘If I were still running the business, we would be out of business. We would still be serving chicken fried steak.’ I think what it is, you need to understand what the taste of the people are. I try to keep my finger on the pulse of the industry,” said Tyler.

But the restaurant itself has barely changed and still brings the local neighborhood and celebs alike. John O’Groats was even featured in “Comedians in Cars Getting Coffee” and “Curb Your Enthusiasm.”

“We are near Fox Studios, and people recognize great service and great food,” said Tyler.

While LA is known for their trendy, high-end restaurants, it’s the homey atmosphere, comforting portions and attention to detail that have led to the 40-year success. Details can be seen in the corned beef hash, which was his dad’s recipe.

“It is lean. We dice it and cook it ourselves. We trim the fat. It is not minced or chopped, it’s diced. Then potatoes and onions are added to it. It’s excellent,” said Tyler.


The restaurant is also known for the biscuits that are made with science and baked to order. There are many flavors to choose from.

“We don’t knead them too much because otherwise it shortens the gluten strands, so it makes the biscuit like a hockey puck. If you just mix the ingredients, it comes out nice and fluffy,” explained Tyler.

From the food to the friendships formed, John O’Groats has spanned the test of time celebrating its 40-year anniversary on Saturday.

Be part of the family at John O’Groats at 10516 West Pico Blvd. in Los Angeles.