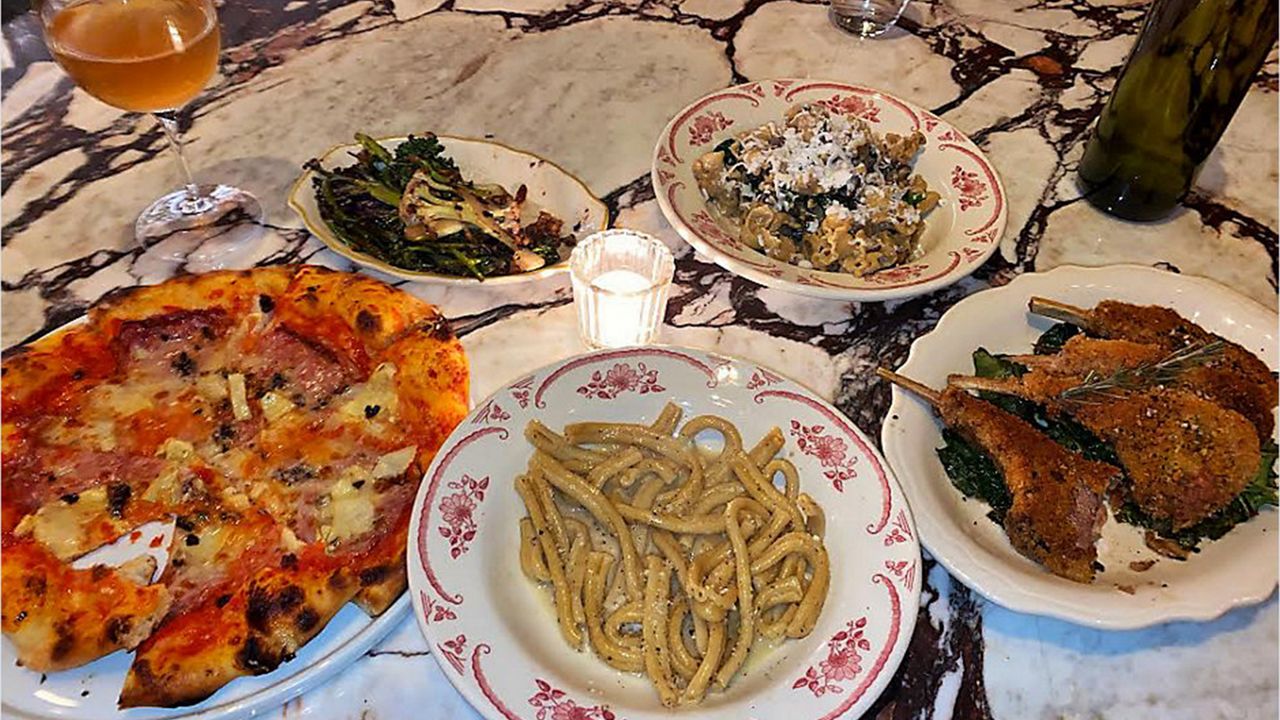 The owners of Bacetti hope to welcome the neighborhood with their warm comfort food. (Spectrum News 1/Jada Montemarano)

The owners of Bacetti hope to welcome the neighborhood with their warm comfort food.

Focaccia stuffed with olives and rosemary is baked fresh daily at Bacetti, enhancing the ambiance.

"We wanted it to feel homey, but also exciting like a destination, like you were going out somewhere," said owner Jason Goldman.

How about going to Rome? The Italian city is the inspiration for the Echo Park restaurant that features simple yet delicious dishes honoring the humble recipes of Roman cuisine.

“It’s a good time of year, too, for Italian food. We have pasta, pizza, and so many of our mains are wintery and hearty and satisfying,” said Goldman.

Goldman hopes to satisfy his community since he lives in the neighborhood, just two blocks away from the restaurant. He never expected to turn the space, which was built in 1929, into a restaurant. Now, he hopes it becomes a neighborhood watering hole. He felt Roman cuisine was the perfect fit.

"It’s really good neighborhood cuisine, regardless of the neighborhood," he said. "It seemed like a good match for Echo Park."

Chef Joel Stovall agrees. He was born and raised in Los Angeles surrounded by the fresh produce and farmer’s markets. He says a similarity between Californian and Roman cuisine is the seasonality.

“It’s just what I do," he said. "It’s in my blood at this point. I get inspired for dishes by going to the market and seeing what’s available."

If you love salt and cheese, Bacetti is the place for you. While the recipes seem simple, Stovall said, “Romans care about quality and we are trying to show that here too.”

From the homemade bread and pizza dough to the hand-crafted pasta, one with mushrooms and a cream sauce, you can taste the comfort. This is especially true in the Cacio e Pepe, which has become a popular pasta around the country in recent years.

Chef Stovall doesn’t really know why, but he is happy about it.

“I think it’s a good sign that we are embracing simplicity and that people want a good, hearty pasta that there are no frills,” he said.