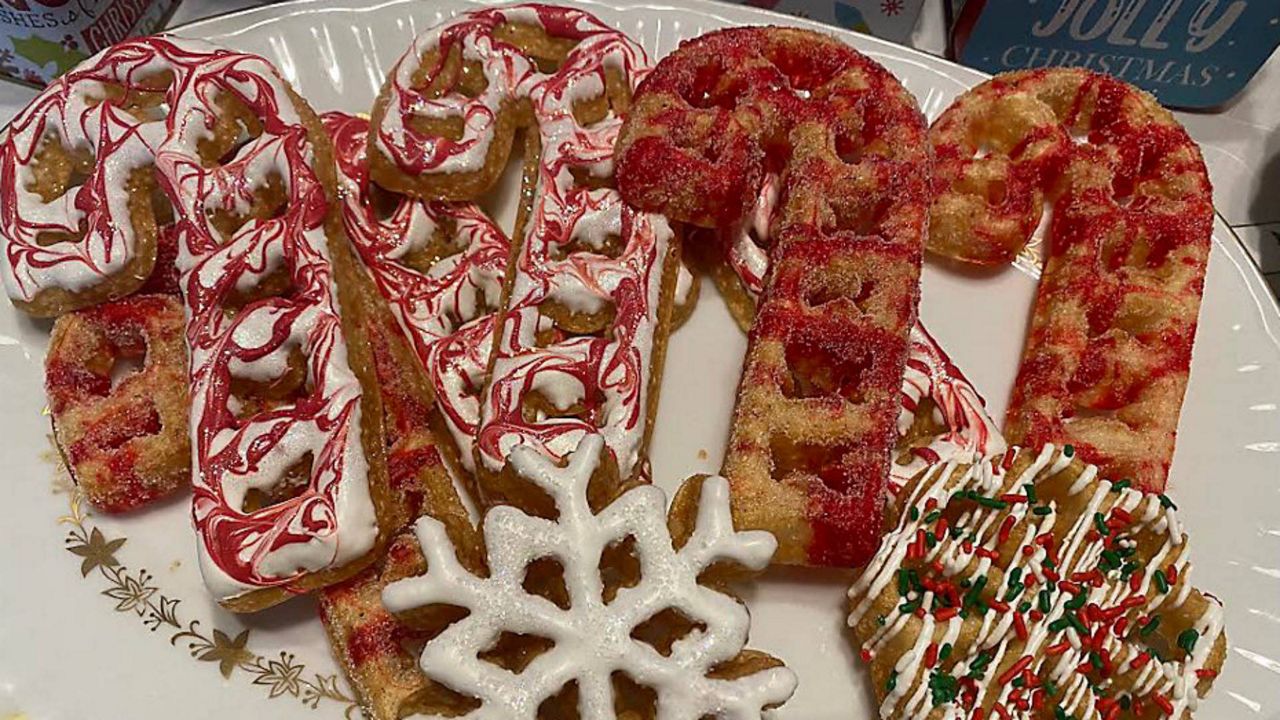 Buñuelitas invites you to get in the holiday spirit with traditional, but modern buñuelos

One local company, Buñuelitas, hopes to bring this fried, crunchy cookie to a new audience.

The buñuelo batter quickly turns into a crunchy treat, but the process is more intricate.

“When the batter hasn't set long enough, it won’t come right off of the iron. So many things go into it,” said Kitty Luna, owner of the bakery.

But Kitty never thought this would be her career path. As a pastry chef, she crafted intricate cakes for parties and events, but with the pandemic halting her business, she relied on family in more ways than one.

“This isn’t what I went to school for, but I love it so much more because my daughter comes to work with us and my wife. It’s a family thing, and I wouldn’t change it for anything. It is so much more rewarding,” she said.

Not only is Kitty working side by side with her wife Leti, but she is also using the batter recipe that has been passed down for generations.

“People were so surprised to see something so nostalgic to them actually have a little twist to them and have a modern glow up,” Kitty said.

The nostalgia runs deep in this two-woman team, as they are both first-generation Mexican-Americans and actually would bring these crunchy treats to school as kids. Now, they hold a special place in their hearts especially around the holidays.

“It’s been in the family ever since I was a little girl, especially during the holidays, the buñuelos was the top of the line favorite," Leti said. "I always looked forward to it. It would bring me a home sweet joy feeling every time."

This is why they invested in the special irons from a business in Veracruz that are shaped like angels, snowflakes and candy canes. They then decorate them for the festive season saying they are “all the same flavor batter, but with different toppings.”

You can try one with sugar, cinnamon or drizzled with chocolate. When you take a bite, you want that crunch. Think of a mix between a funnel cake, cookie and donut. Find Buñuelitas popping up around Southern California, or order for delivery.