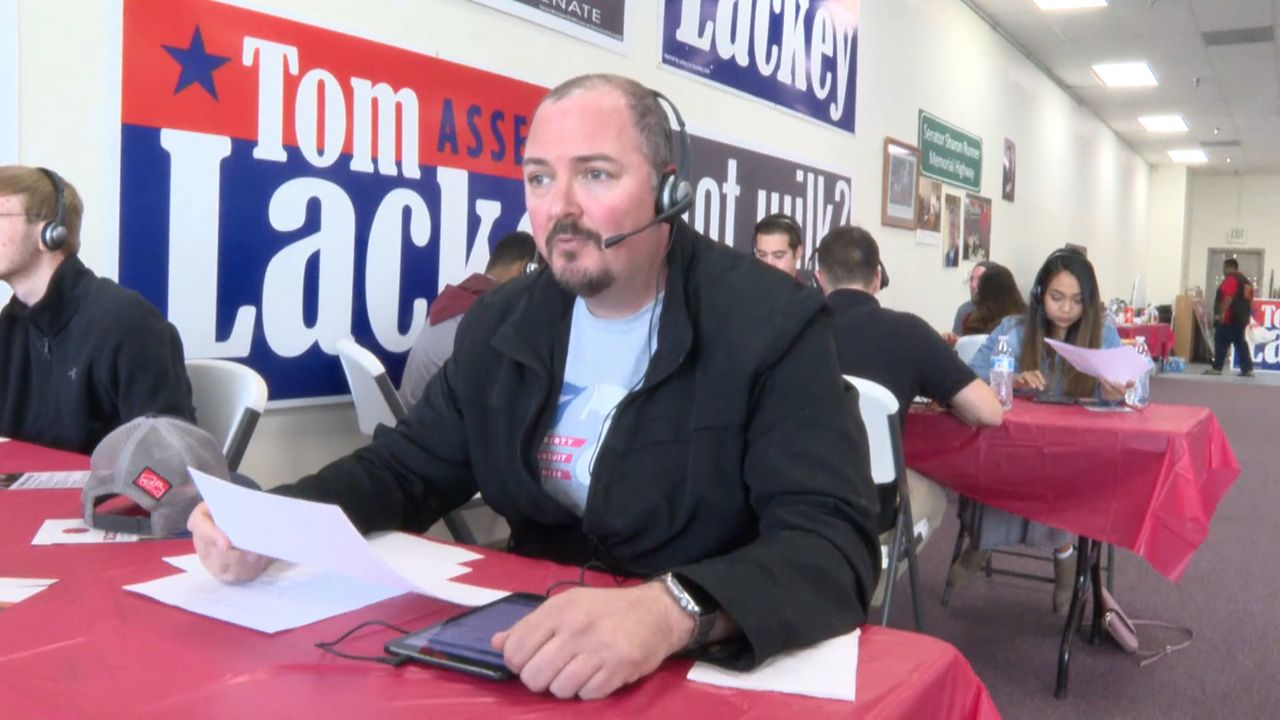 GOP Looks to Get out Vote in District 25 Congressional Race

He’s a local Republican Party chairman based in the Antelope Valley. Mercy and a group of volunteers are on the phones trying to get out the vote in support of Republican candidates.

“We wanna make sure every Republican voter in our community knows and understands the new voting system that’s in place with the vote centers, that they can also mail their paper ballot in via the mail to get it in on time as long as it’s postmarked before March 3,” Mercy said.

The Antelope Valley area includes both district 23 and the 25th Congressional district. All eyes are on this political battle, as Republicans look to try to take back the seat they lost to Katie Hill in 2018. The party is looking to fill her now vacant seat now, and for the November election

“That’s one of our top priorities here, winning back that seat that was held by a Republican ever since it was drawn to cover these communities in the early 90’s,” Mercy explained. “Only one time has it ever voted Democrat.”

But because there are six Republican candidates aiming for the same job, they can’t support one individual, but they hope by gathering support for GOP candidates across the map in other races, it will pay off in the congressional contest.

“Getting everybody out to vote helps us down the line for Congress, State Assembly, State Senate, on down to the local level even to the judges races going on,” said Mercy.

“Young people care about the future of this country and wanna see good leadership from top to bottom,” Mercy said.

Citizen participation like this is what makes our political process work, no matter what side of the aisle you fall. It’s why Mercy is making the call for others to make their choice with their vote.