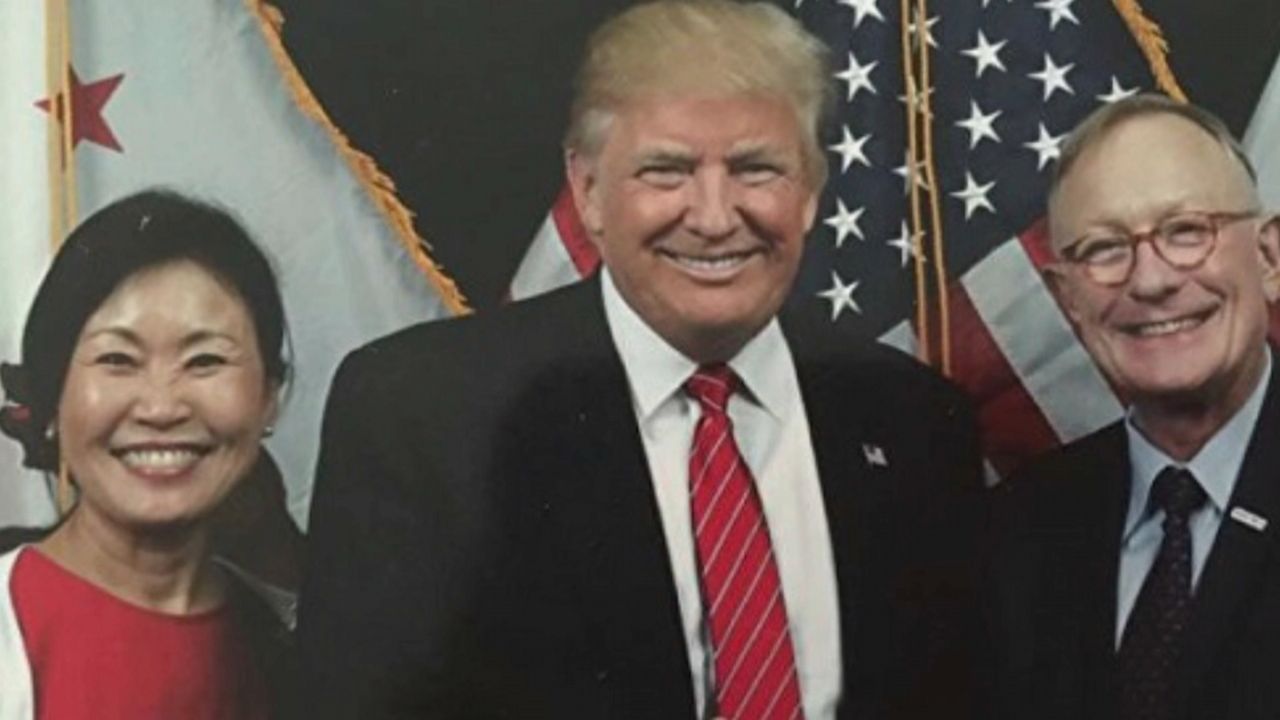 BEVERLY HILLS, Calif. — Having attended most of President Donald Trump’s fundraisers in Los Angeles, Shawn Steel, the Republican National Committee member from California is always proud to show off his memories from those visits.

Steel says he looks forward to the unpredictable nature of the speeches and the high energy of fellow supporters and shared his expectations for Trump’s Beverly Hills fundraiser at the Montage Hotel.

“The beautiful thing about going to a Trump rally or a dinner is you have no idea. It’s very spontaneous, it’ll be a lot about California,” Steel said.

Steel says he agrees with Trump’s harsh criticisms of California and of the Democratic policies in Los Angeles.

“California is deteriorating. You just have to drive down the streets, you have to see what’s going on with the overpasses and the underpasses. And you have a criminal element that’s festering everywhere. The quality of living is at stake in California,” Steel said.

Even though some of the President’s criticisms of the state have led to his threatening to cut federal aid to various California agencies, Steel says money from Californian Republican donors will continue to flow in the President’s direction.

In fact, the top beneficiary of California-based campaign contributions in 2019 was President Trump.

That financing isn’t sitting well with anti-Trump protesters who came to the Montage Hotel Tuesday, including Chantelle Hershberger of Refuse Fascism.  Hershberger had just returned from spending three weeks in Washington, D.C. at the impeachment trial and came to rally outside the fundraiser.

“These people are the haves, and you know they want to see Trump succeed because it is empowering them,” Hershberger said. “It kind of shines light on the whole corrupted system.”

Protesters at times clashed with Trump supporters outside the fundraiser venue, but those excited to see the President’s motorcade and shoot clips of it on their smartphones appeared to outnumber the activists.

As for the concerns raised by protestors, Steel says he doesn’t always agree with what Trump says or how he expresses himself, but he says he’s proud to support the President’s push to raise green all across the blue state.