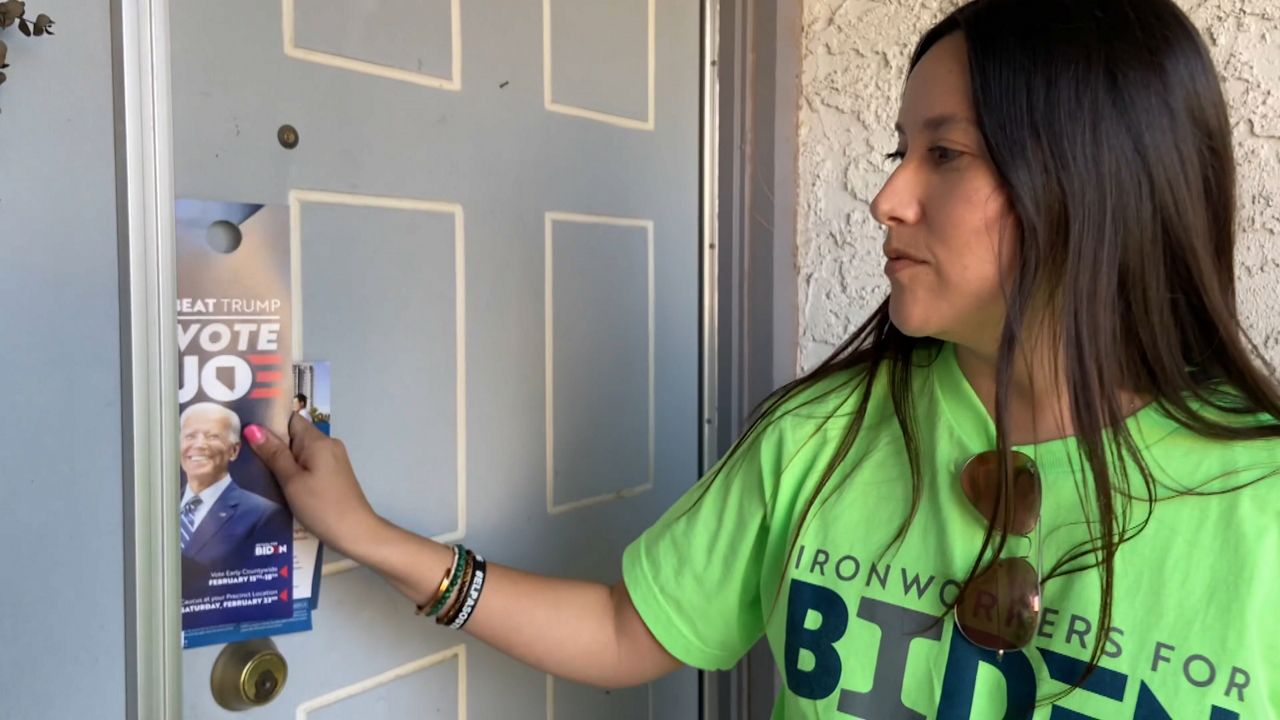 LA Woman Canvassing for Biden Ahead of Nevada Caucuses

LAS VEGAS — All Jacqueline Westman needs is her smartphone map and her car to get her job done as a canvasser.

But her work on the road started long before supporting the current candidate she's canvassing for, Joe Biden. It started with Beto O'Rourke.

"For seven months, I did a lot of groundwork traveling for Beto for the campaign and that's kind of how we got named the Beto Road Warriors," Westman said.

She supported O'Rourke during his Senate race in 2018 and during his run for president before he dropped out in November of 2018.

But while traveling to seven different states canvassing for the former Texas representative, she noticed that Biden's name was always mentioned in her conversations with voters.

"And now I'm doing everything that I can to help make sure that Joe is our nominee because there's just too much at stake," Westman said.

She lives in Los Angeles and works remotely as a fashion designer. She went to the Iowa caucuses to volunteer as a precinct captain before volunteering in California's neighboring state.

Sometimes people aren't home. Sometimes . . . other campaigns have beat you to the door.

"This is what I call 'door wars,'" Westman said.

But sometimes you get gold: face-to-face interaction.

"To me they need to stop fighting, we need a strong candidate and I haven't seen one yet," said one undecided voter she spoke with.

"So the reason I'm here for Joe is I believe he's the only one that is strong, stable, and can get to work on day one," replied Westman.

As a way to accommodate those who are unable to attend Saturday's caucus, Nevada Dems offered four days of early voting.

But Westman hopes those who didn't vote early will make it to their precinct Saturday.

Having flexibility and convenience for voters is why she is a big fan of the changes for California's upcoming primary on March 3.

The new vote center model allows voters to mail-in ballots, vote early in-person, or cast their ballot at any of the nearly 1,000 new vote centers within their county.

"I feel like voter suppression is real and we face those challenges each election cycle, and being able to get out of work and go to that first polling place is really going to make a difference," Westman said.

And she hopes her efforts canvassing before the nation's third democratic nominating contest and first in the west will also make a difference in fighting for her candidate, but more importantly — fighting for Nevada voters to make their voices heard.