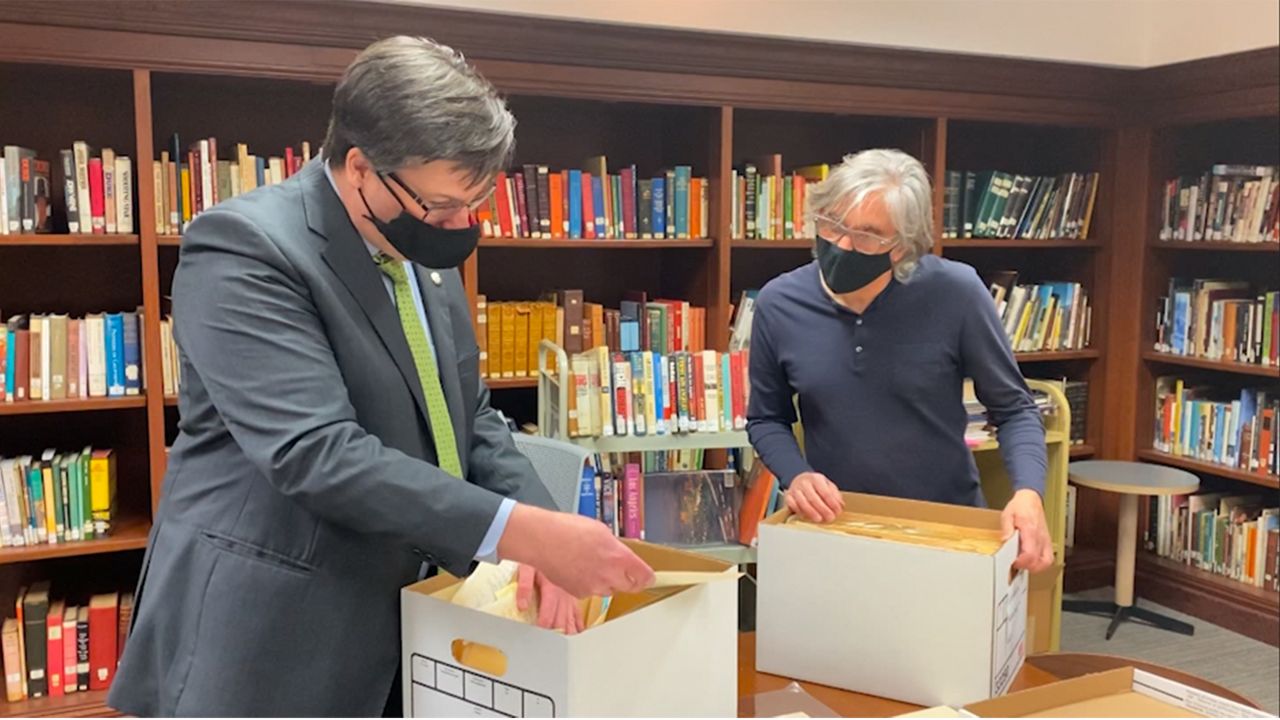 Glendale Acknowledges Its Racist Past in Virtual Exhibit, Reckoning

His passion for art was shaped by his own family’s traumas stemming from the Armenian genocide.

"The past is in the present," said Oshagan. "The past never goes away."

As one of the curators at Glendale Central Library's Reflect Space Gallery, Oshagan helped piece together 60 years of archival newspaper clippings and maps to tell the story of racism and resistance in Glendale through an interactive and engaging six-part virtual exhibit titled "Reckoning."

“[The virtual exhibit is] structured in a way such that you can actually make sense of what happened and sort of create this narrative yourself,” said Oshagan.

It's a dark narrative, one that Oshagan said is often purposely excluded from the city’s history. Glendale was once a haven for white supremacists, known as an "All-American city," also code for sundown town. Black people’s safety was threatened after dark in neighborhoods that shamelessly enforced racial covenants.

"[Sellers] would advertise [homes] in newspapers, saying there were restrictive rules as a euphemistic way to say that we don’t have any African Americans in our neighborhoods, and we don’t want any," said Oshagan.

The exhibit reminds us of the history of bigotry and hate that lies just beneath modern-day Glendale landmarks.

Since November, archivist, librarians, curators, and local activists have worked together on the exhibit remotely. The virtual tour starts in the early 1920's, when the first group of white-hooded Klansmen gathered in the foothills of the Verdugo Mountains.

It also introduces viewers to another white supremacist group, League of Pace Amendment Advocates, which was once headquartered on Glendale Avenue in the 1980’s. There was even a neo-Nazi riot held on the grounds where Glendale Central Library now stands.

Dr. Gary Shaffer, Glendale Central Library's Director of Arts and Culture, grew up in Orange County and has lived in Glendale since the 1990’s. He explained how racism was often normalized or swept under the rug. Now he believes it’s his job as a historian and librarian to make things right.

"When you see a lit cross, or a man in a hood, it’s very disturbing to turn our backs on that and put our heads in the ground," said Dr. Shaffer. "And to pretend it didn’t happen is not helpful."

History has shown with racism comes resistance, and resistance bears reckoning. This virtual exhibit is part of Glendale’s effort to acknowledge and apologize for its treacherous past.

In 2020, the city of Glendale took a historic step of reckoning, becoming the first city in California and the third in the nation to pass a sundown town resolution.

Oshagan believes residents must learn about these anti-Black and racist events to truly understand the place they call home.

"[With a] past that’s so difficult and hate-filled, you have to really understand the relationship you have with this past and how the past is impacting your everyda," he said.

Next, the library will collaborate with Glendale Unified School District to engage high school students in the exhibit as viewers and contributors.

The virtual exhibit can be viewed online at reflectspace.org.