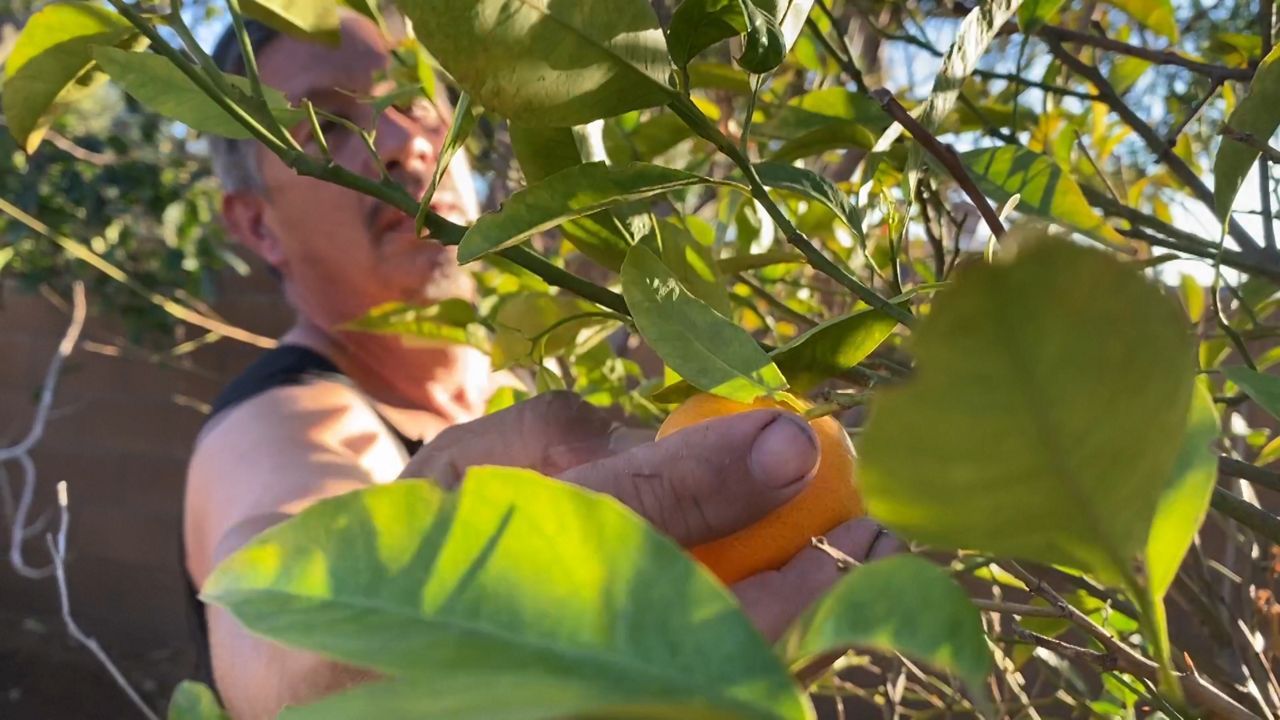 Charlie Ramirez of L.A. would still be serving his sentence, if it wasn’t for the Three Strikes Project.

LOS ANGELES —  It’s a long road too restoration for his ’85 Cutlass Supreme, but Charlie Ramirez sees the potential in the beat-up, old car.

After all, he also got a second chance at life.

Ramirez has just one photo of himself from the early 1990’s — a time when he lived on the streets and stole to support his addiction. After two home break-ins, he got his third strike for stealing a car stereo. He ended up sentenced to 25 years to life in prison.

“I knew of the three strikes but I didn’t think it was for a crime like mine,” Ramirez said. “I thought it had to be serious. It turned out it could be for anything.”

Ramirez would still be serving his sentence, if it wasn’t for Stanford Law School Professor Michael Romano and the Three Strikes Project, which represents inmates facing disproportionate sentences under California’s Three Strikes Law.

“He was one of our very first clients,” Romano said. “We’re not the innocence project, I like to say, we’re the guilty project. He did those crimes and I believed he should be punished for them but he’s [been] given a new chance and he’s made the most of it.”

The Three Strikes Project has helped about 150 inmates like Ramirez reduce their sentences, but Romano said there are many more still behind bars.

On his first day in office, newly elected Los Angeles County District Attorney George Gascón promised to end sentencing enhancements like Three Strikes, citing a prison population boom after the law hit the books, growing from roughly 94,000 inmates in 1990 to roughly 160,000 in 1999.

Ramirez explained that there were so many inmates like himself, they formed a bond in high security prisons.

“I’d hear a lot of stories and all we had was ourselves in there,” Ramirez said. “We’d try to look out for each other when we could. A lot of us didn’t have family.”

In 2012, voters reformed Three Strikes with Proposition 36, clarifying that the third strike must be a “serious or violent felony.” Because of the change, prosecutor Eric Siddall said stories like what happened to Ramirez are no longer happening.

“We wanted to make sure that only people who were the most serious, most violent criminals were targeted by a three strikes law,” Siddall said, who is vice president of the Association of Deputy District Attorneys. The prosecutors’ union took Gascón to court over his sweeping reforms, and a Judge issued a preliminary injunction against Gascón’s directives.

“One of the purposes of the penal system is not just to penalize you for your current crime, but is also to take into consideration your criminal history and what type of danger you are to public safety,” Siddall said.

“I wish they’d just abolish it. Get rid of it. It’s a very harsh law,” Ramirez said.

He’s rebuilt his life with a full time job, a fiancé, and a backyard full of fruit trees. Ramirez added that prison gave him time to get sober and change his ways — but it didn’t have to be for life.