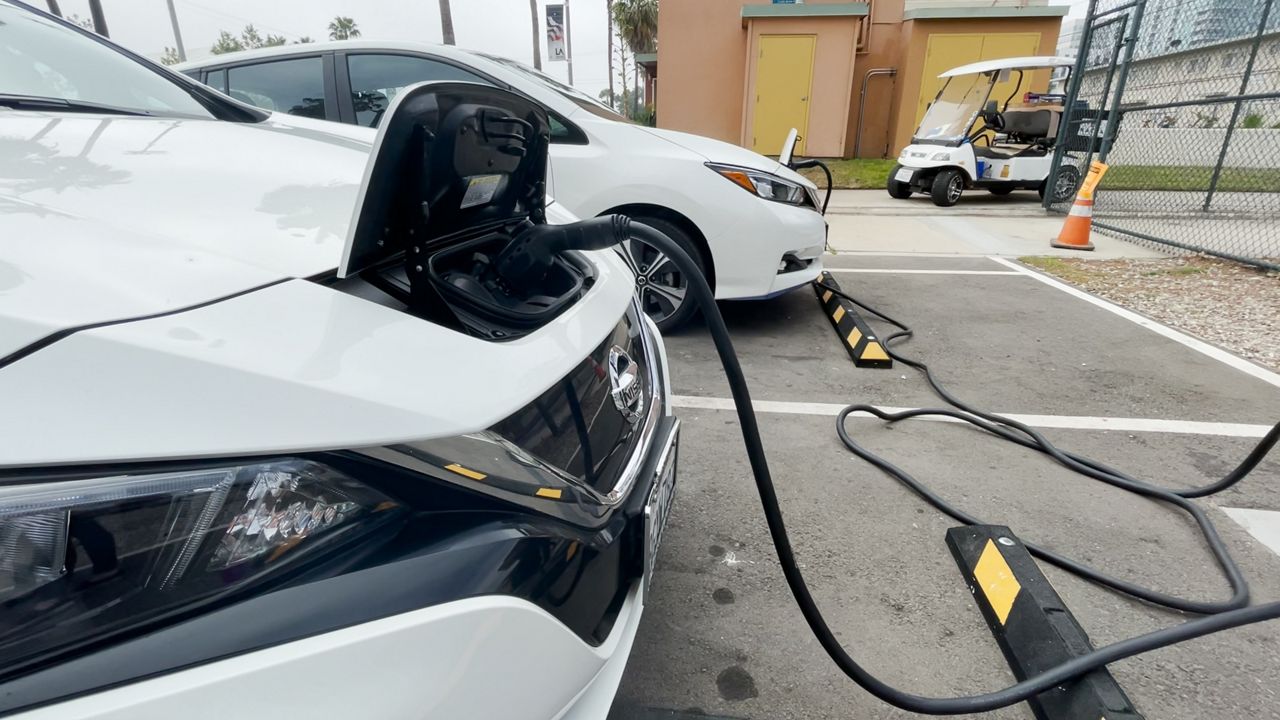 Two electric vehicles are parked outside the Rancho San Pedro public housing project as part of a pilot program.

Organizers said it's the first public housing complex in the country to have electric vehicles dedicated to its residents.


"When I heard about the pilot program happening right here in public housing in San Pedro, I said, 'How do we expand this?'" said Rep. Nanette Barragán, who represents San Pedro as the leader of California's 44th District.

Barragán is working to gain support for a new bill that would bring more of these electric vehicles to public housing projects nationwide. It’s known as the "EVs for All" Act.

"Communities of color, those who are on the front lines of the climate crisis should be the people first in line to be able to access these clean energy vehicles," she said.

Two years ago, the LA Cleantech Incubator got some state funding and partnered with the Housing Authority of the city of Los Angeles to pilot this electric carshare program called Envoy.

For $3 an hour, residents at Rancho San Pedro can rent an electric vehicle using the Envoy app on their phones.

"It lets you put your license, your credit card and that’s it," said Beatriz Mendez, who lives at Rancho San Pedro.

Mendez was one of the first residents to drive the car and is now a community coach, helping familiarize others with the program and how it works.


Mendez says the program is becoming increasingly popular and usually has a waitlist with dozens of people.

"I need to book the car like for 2-3 weeks before because we don’t have enough," Mendez said.

HACLA says the average public housing resident earns $17,000 a year, so most residents can’t afford any vehicle, let alone an electric one, and they often have to leave their neighborhoods for basic errands.

Supporters of the "EVs for All" Act are trying to drive home a clear message: If the green economy is going to thrive, it must bring everyone on board.