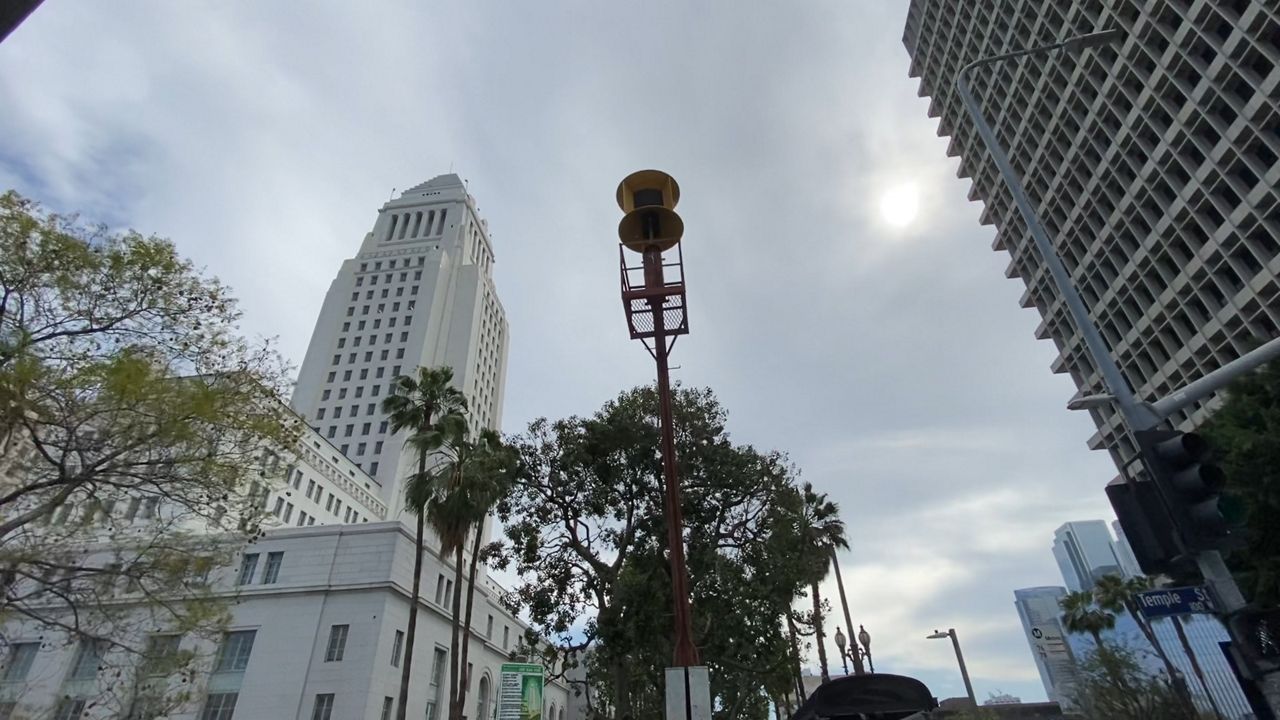 Over 100 air raid sirens still dot the landscape of Los Angeles County, and the war in Ukraine serves as a dark reminder for many that the threat of nuclear war is still a reality.

“This is one of the 226 air raid sirens, which serviced the county of Los Angeles starting at the beginning of this country’s entrance into World War II,” LA historian Richard Schave said.

He and his wife Kim run a local tour company called Esotouric and offer insights into the secret heart of the city. The couple is passionate about preserving LA’s historic infrastructure.

“It is an impressive derelict, abandoned infrastructure that has a lot of great lore and legend,” Richard said.

There were four different models of sirens, but the most common was the wire-spool style. The civil defense sirens became part of people’s daily lives for decades.

Schave said that in LA, sirens were tested in unison at 10 a.m. on the last Friday of every month until the mid-1970s.

“AT&T developed a series of four different signals to give different levels of warning, and this coincides with school public safety drills,” Richard said.

By the mid-1980s, many of the sirens no longer worked and the county’s population had grown, expanding beyond where most of the sirens were located.

Kim says removing them would have been an expensive effort, but she believes there’s another reason county leaders left them in place.

“They understood what these represented and leaving them up there was a totem, a reminder that we had actually gotten through a period of enormous stress and anxiety,” Kim said. 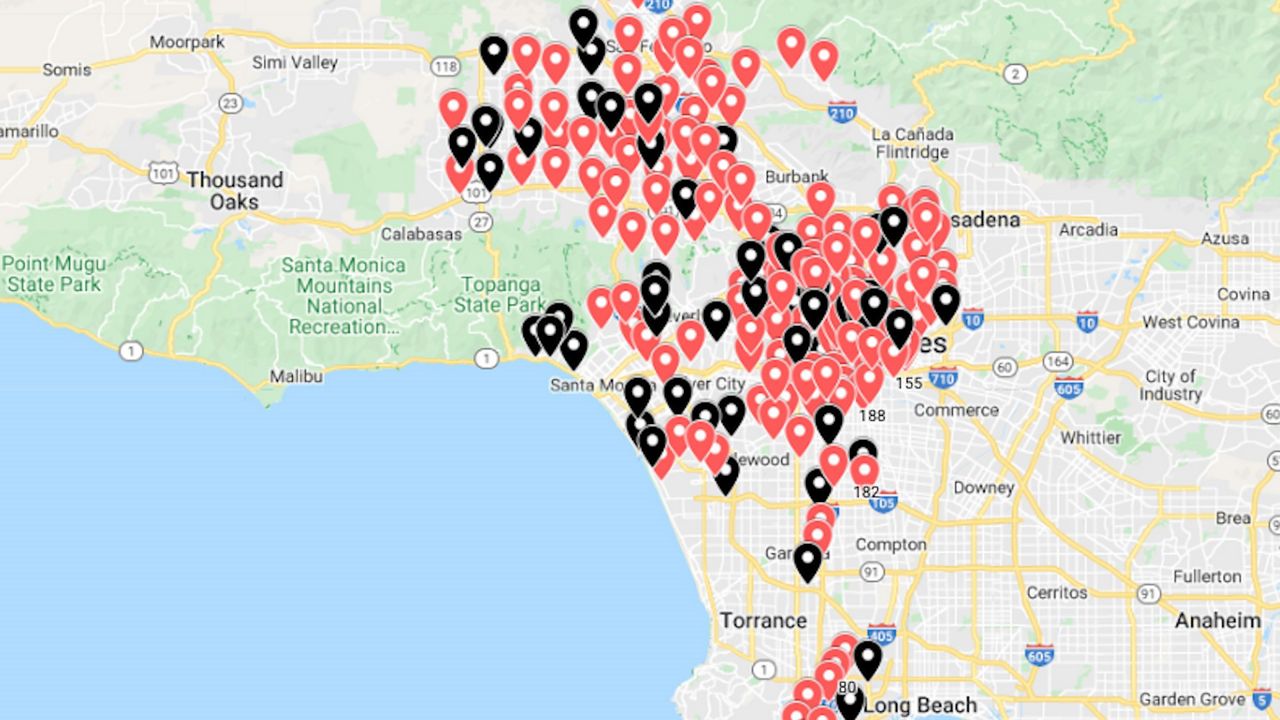 Wire Chief is an online site dedicated to the history of LA’s air raid sirens. It also provides a map of their locations, and black markers indicate a siren has been removed.

According to the site, as of January 2021, more than 61% of the sirens still exist. The map has even inspired scavenger hunts on YouTube and sparked curiosity.

While some sirens have historical protections, Richard and Kim said most do not.

“What often happens is a project begins. There’s a historic air raid siren nearby. It’s not supposed to go away but while no one is looking, it vanishes,” Kim said. “It’s better to say something than to come back and go, ‘Oh my gosh. I wish I said something because now it’s gone and I loved it.’”

Relics of a dangerous era and perhaps a lesson that history can repeat itself.

“[We learn] what it was like to live under the threat of potential nuclear war and how that shaped our experience as Californians, as Americans. It’s still alive, obviously,” Kim said.