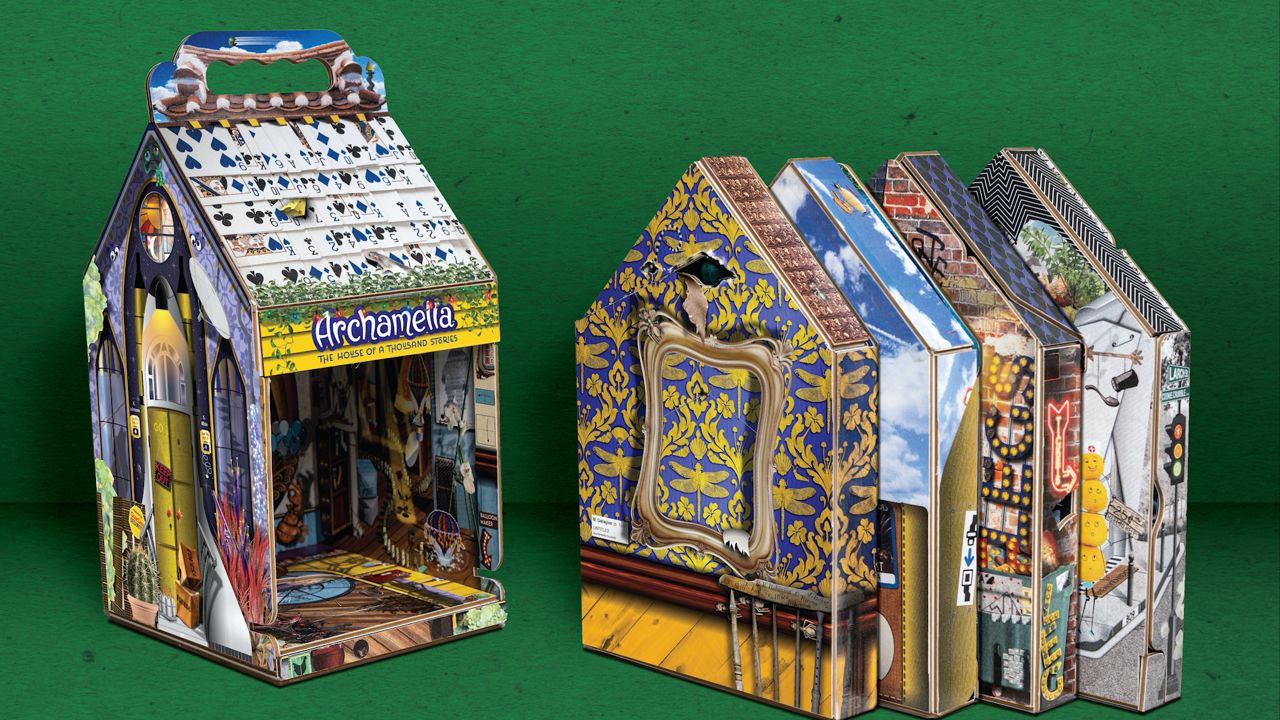 Archamelia is a toy house made entirely of paper and is giving parents a recyclable option this holiday season.

PASADENA, Calif. — Charlie Hodges has been dancing competitively since he was a teenager. His talents have taken him all over the world, including Broadway.

But after a series of injuries, the dancer turned designer decided to finally launch a sustainable product for children, despite the pandemic.

"Now’s the time to get away from screens," Hodges said.

Hodges recently released a toy house made entirely out of sustainably sourced paper from the U.S. He called it Archamelia.

"It’s a combination of architecture and chameleon, so it’s an ever-changing house," Hodges said. "Essentially, what would happen if an origami transformer collided with a doll house-style Where’s Waldo and a tinker-toy encyclopedia."

Each paper house comes with five different playsets, with each playset featuring at least four different points of view.

"From one side, it’s like a commercial airliner, from the other side, it’s a military aircraft," Hodges said. "Here’s a whale’s mouth."

His target demo is kids ages 5 to 8 and challenges those children to think creatively.

"Every perspective of the same object can become new, so instead of thinking that we just have to throw everything out and start over, what if instead we just changed our point of view," Hodges said.

It’s a concept born out of his time spent at ArtCenter College of Design in Pasadena, where he graduated at the top of his class with a degree in product design in 2018. While there, Hodges and his classmates were challenged to reimagine Barbie’s Dreamhouse.

"Parents report feeling a lot of guilt because they feel responsible for doing something with this plastic, when in fact I think it’s the responsibility of the designer to provide parents with something that is more thoughtful," Hodges said.

At a time when life is seemingly filled with more screens, especially during the coronavirus quarantine, one of Hodges biggest challenges was creating an analog product that would keep kids interested. One that would not get stale quickly in a digital world of easily downloadable levels and customizable features.

"There are hidden allegories and references. There’s an 'i-Spy' game. I’ve tried to layer in like 10 layers deep of interactive play in just the illustrations," Hodges said.

"This creates that platform for a new type of play and a new type of learning experience," said Robbie Nock, Director of Entrepreneurship and Professional Practice at ArtCenter.

Nock runs the school's Launch Lab and worked closely with Hodges to take the product to market. He believes the future of toys will be a hybrid between the analog and digital space.

"Figuring out where those opportunities are to connect the two worlds is really the next generation of play, and it’s the space that kids will be working in," Nock said.

Archamelia sells online for $139.99 and started with a limited edition of 350 houses. So far, it has sold about 70% of its inventory. Hodges said it's not only a product free of plastic, but gender stereotypes, ready for any kind of make-believe.

"It’s kind of for the child in all of us to rekindle what it is to be imaginative and creative," he said.