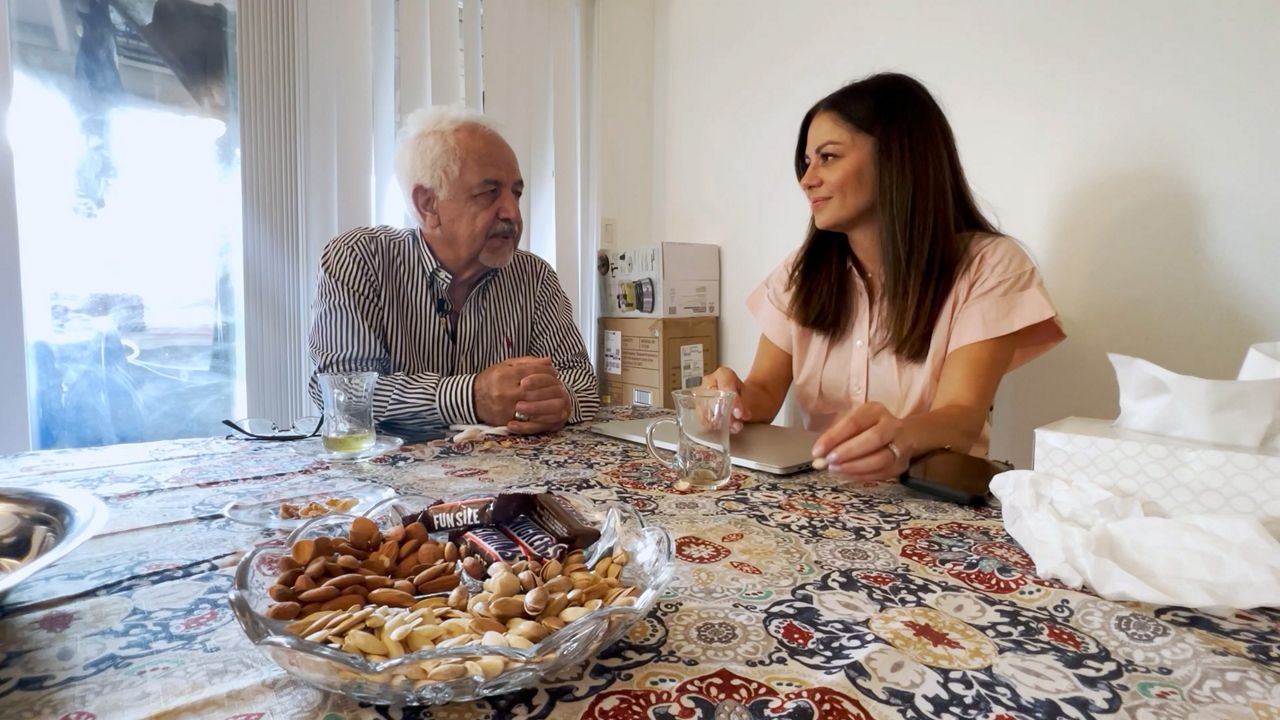 EL CAJON, Calif. — Over 40 years ago, Qudrat Delawari, an Afghan-American, had to make the difficult decision to move his family out of war-torn Afghanistan.

“To literally pack up and leave everything behind, it was the hardest,” he said.

The family left in 1980 and headed to London before making their way to the U.S.

“But luckily, it worked out,” said Delawari.

The experience is not lost on his daughter, Fatima Grismer, who was only 3 and a half years old at the time. Now, as an adult, she is paying it forward to a new wave of Afghans fleeing their home country and resettling in the El Cajon and San Diego areas.

"In 1980, we had family members here," she said. "I had cousins here. I had an aunt and an uncle and my father had a leg up in rebuilding and resettling. The families that are coming here today, because they had no time to prepare, they are not coming with knowing anybody here."

That’s why many Afghan Americans who have experienced a similar journey like Delawari and Grismer are stepping up to raise funds, donate supplies and provide support for families who are resettling. So far, Grismer has raised about $80,000 and is working with Second Families San Diego.

Grismer introduced Spectrum News 1 to a family who resettled in El Cajon. They asked to have their identity concealed to protect their family members who are still trying to find a way out of Afghanistan. With their special immigrant visas approved and airline tickets in hand, the family had made it on a flight out of the country the same day Kabul fell to the Taliban, and chaos ensued at the Hamid Karzai International airport.

“We had airline tickets, and we had the chance to come to the airport one hour earlier. If we came one hour later, we would have been in trouble with the chaos," said a family member.

Grismer has been checking in on the family since they have arrived to help in any way she can. She recently brought the family a new laptop, and the family has been grateful to see the outpouring of support and welcoming from Afghan Americans in the area.

For Delawari, it’s a proud parent moment to see his daughter help newly arrived families rebuild on a journey they know all too well.

“It’s wonderful to see that the younger generation who some of them haven’t seen Afghanistan but have that in their heart to help the Afghans. I think for any parent, it’s a pride,” he said.

So far, Grismer is using the funds to help at least eight Afghan families resettle in the area. She hopes many of them will view her and her father as an extension of their own family.

For more information about Grismer's work, visit her Instagram page. If you would like to donate, visit here.