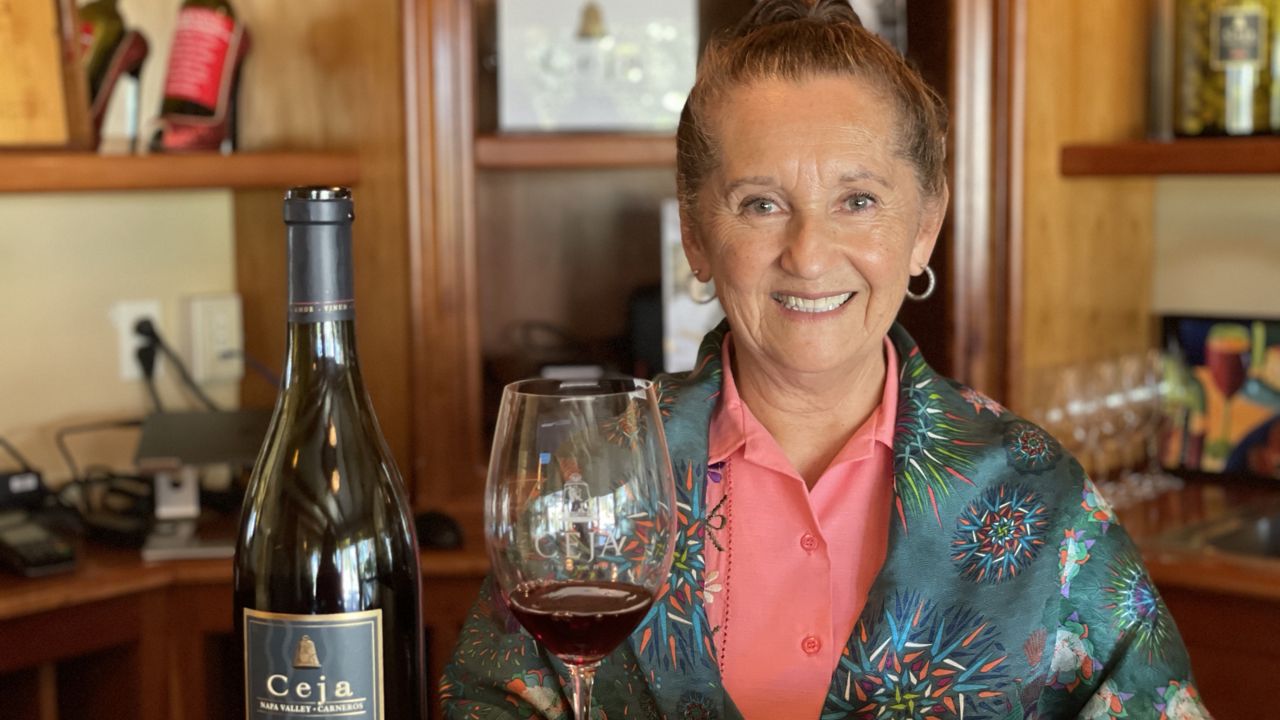 Amelia Morán Ceja’s dream of owning a winery began in the 1960s when she and her family left everything behind in a small village in Jalisco, Mexico, to settle in Napa Valley, where her dad worked as a vineyard foreman.

“All of us immigrants come here not just to seek a better life for ourselves, but to contribute as well,” Ceja said.

In just one generation, the Northern California family went from being grape pickers in Napa Valley to owning Ceja vineyards.

Ceja recalled going out to pick grapes with her dad one weekend when she was 12 and telling him she was going to own a vineyard one day. At that same young age, she met her now-husband, Pedro Ceja, and they've been married for 41 years.

After graduating college in the 1980s, they went on to purchase their first 15 acres of land, and by 1999, Ceja Vineyards was founded.

“Being able to bring that idea that I had as a 12-year-old of having my own vineyard, it’s a dream that’s not just mine, but my entire family’s because everyone contributed. It’s been a collective effort of hard work,” Ceja said.

It’s stories of hard-working immigrant families like her own that has given Ceja the motivation to become a successful leader in the wine industry.

“Without the Mexican labor force, we wouldn’t be able to make the world-renowned wines that we make in Napa and Sonoma counties, nor would we have food on our tables,” she said.

Ceja's passion for food, family and wine has earned her multiple accolades, including a chance to represent wine country in Washington D.C., where two Ceja Vineyards wines were served at former President Barack Obama’s inauguration events.

While it’s her name that’s printed on the awards, Ceja gives all the credit to her family and the unsung heroes in the fields.

“We have this amazing wine industry thanks to the great effort and the backbreaking work of campesinos (farmworkers), and almost 98% of the workers in the vineyards hail from Mexico,” Ceja said.

As the first Mexican-American woman to be elected president of a winery, Ceja says it was important for her to leave a unique mark in the wine culture.

“We are breaking down all the barriers that have been placed to keep people from the simple and pure enjoyment of wine,” she said.

Ceja is a firm believer of enjoying wine at any time, not just during a special occasion or a nice dinner.

The mother of three and proud grandmother to Luna Isabella is in the process of building a mission-inspired winery as part of her family’s legacy.

Ceja hopes her new project will become a place for wine lovers to not only come by for a tasting, but also learn about the history of people like her father who helped shape California’s food and wine industry.