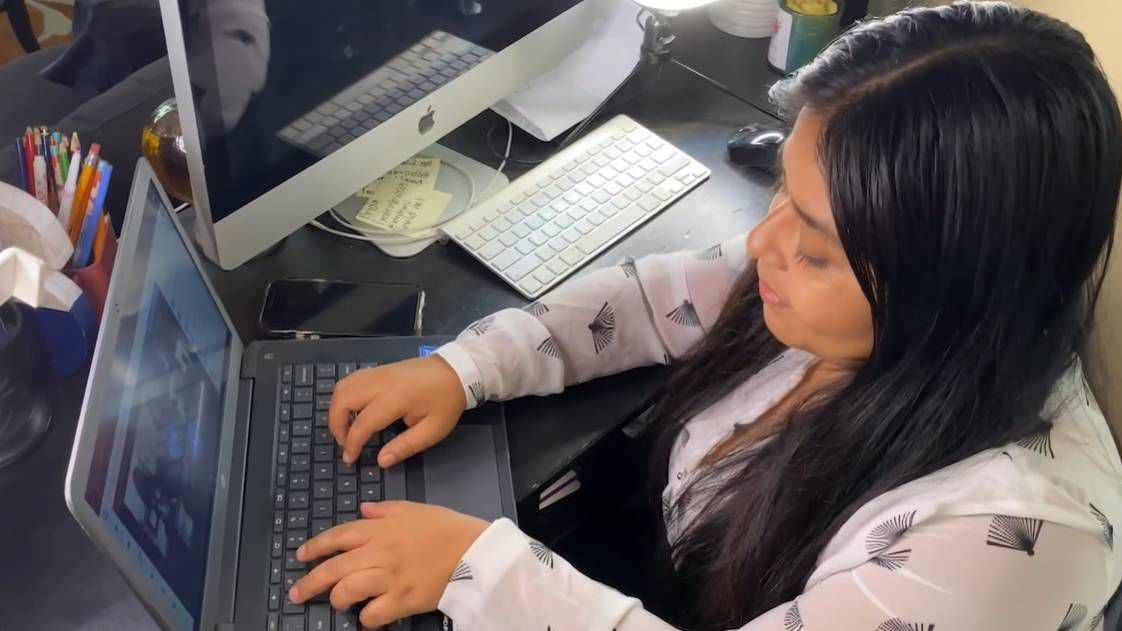 LOS ANGELES — Sharet Garcia is a guidance counselor and professor at Palomar College. She is also a single mother of two who has her own business and is in the dissertation phase of her doctorate degree at Pepperdine University.


Garcia, who is undocumented, learned at an early age that many of her successes would not come easily.

Determined to push past the challenges, she attended community college and then transferred to UC Santa Barbara, working two jobs to pay full tuition.

“All my money would just be going to school,” she said as she choked up on her words. “Some days I didn’t have money for food, and I’ve never really shared this with anybody, but I had roommates during my undergrad and I would actually steal their food in their refrigerator because I was too embarrassed to tell them that I didn’t have [any].”

As tears rolled down her face, Garcia said she did not want them to feel sorry or bad for her.

Garcia graduated and went on to get a master's from Loyola Marymount and paid for it all out of pocket.

As she entered the job market, she was able to apply for Deferred Action for Childhood Arrivals (DACA).

Although it has helped her work legally in the U.S., Garcia has learned the hard way that not all employers like DACA because it is a temporary work permit that must be renewed every two years.

“I, for example, had to decline a job in the summer because my new DACA card wouldn’t come in-time,” she said.

Garcia is one of around 800,000 DACA recipients, but delays within the program along with politicians and courts revoking and reinstating it inspired her to launch in 2019 the Undocumented Professionals Network.

“We all go through a lot of traumas trying to navigate the systems that are not intended for the undocumented people,” she said.

Once a year, they host a conference with panelists, DACA-friendly businesses and most importantly, said Garcia, and they share the stories of engineers and filmmakers, paralegals and accountants who have overcome the shadow of their status.

A journey, Garcia said, is far from over but at least now, there is a community to walk beside her.