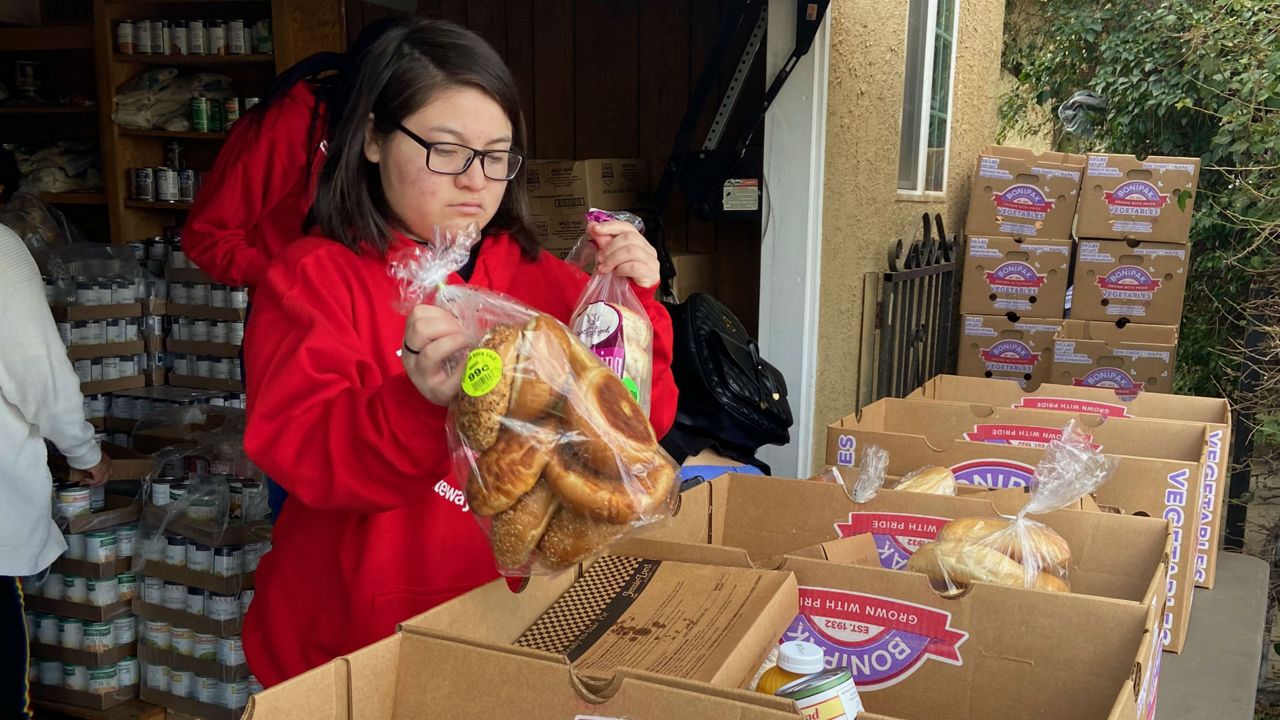 HARBOR CITY, Calif. – Renting a U-Haul and loading it up at the foodbank of Southern California in Long Beach has become a ritual every Thursday for Tim and Tricia Tucker of the non-profit City Lights Gateway Foundation.

"You know if you want to lead the people you got to feed the people," said Tim Tucker.

Starting a food pantry in Harbor City was a long-time dream of Tricia's as she saw there was a need in their community.

"There's nothing local nearby for them to have easy access to food-even though they have churches nearby that does it once a month, but we do it once a week," said Tricia Tucker.

They began feeding the community in October. Once the U-Haul is packed, they leave for their second pickup location at New Challenge Ministries Food Bank in Torrance. This food bank has been around since 2005 and is considered the largest in the South Bay.

"I really believe that hunger is more of a crisis than homelessness, nobody's talking about that,” said Pastor John Hernandez.

But both are big problems.

In Council District 15, where Harbor City is located, there was a 47 percent increase in homelessness in 2019. In L.A. County, an estimated 2-million people live with food insecurity.

Tricia and Tim make their way back to their home to unload with the help of volunteers. On Saturday the items will be distributed.

"You see the satisfaction of being able to fulfill somebody's family's needs even though they don't have to tell us what they need but you can see it," said Tricia Tucker.

As Saturday arrives, volunteers pack up boxes, and people start showing up. It is also a time where Tricia gets to connect with members of the community.

"This company is right here in Torrance, it's a local company, let me know how it goes," said Tricia Tucker.

They will fed nearly 50 families in a day some those shelter, and some who live on the street, but doing their part to keep their community from going hungry.