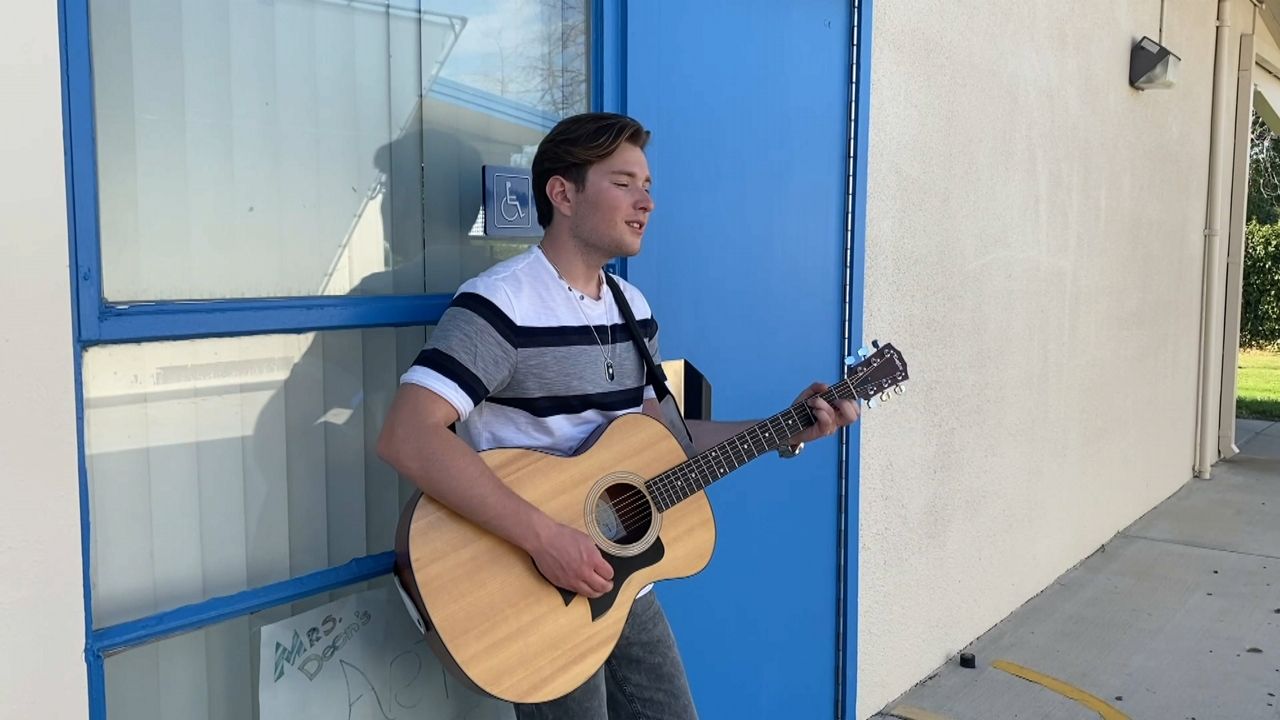 It was Aronson's first escape from the severe bullying he said he endured day in and day out at school. Seven years later, Presley is now a country singer-songwriter launching an anti-bullying campaign with his new song "Background."


Aronson usually finds himself behind-the-scenes directing, but on this day but was recently the star of his own story when he shot the music video for his new song.

“I think music is just, it’s so magical to be able to really take a story and write it and put it into something that people can listen to, can enjoy and can really affect their life," said Aronson, adding that he wants "Background" to give kids the hope he never had as a young boy getting bullied in elementary and middle school.

Aronson set the music video on a school campus and told his shoot director that the scenes take him back to the painful days when he’d be made fun of and beat up for no reason.

"It didn’t blow over," he said. "It was something that was a lot more than just a kid being a kid. It was internal. It was painful physically. It was painful emotionally that I didn’t know how to stop."

It got so bad, Aronson added, that he had to transfer schools. But that was his turning point, and he found his solace in music. Now he is on the other side and in a place to help others find their healing too.

"I really wanted to put some uplifting moments into the lyrics of the song," he said. "There’s a piece that says, 'We don’t have to be blurred out in the background. Eyes in the sky, feet planted on the ground, don’t walk around with your head down.'"


Aronson is now taking it one step further. The music video is part of an anti-bullying campaign launch, where he plans to share his story and preform "Background" at schools across the country.

Aronson noted that, now that kids are going back to in-person learning, he is concerned by the statistics. One in every five students reports that they’re bullied across the U.S., but it’s an issue that only got worse during the pandemic. L1ght, an organization that monitors online harassment and hate speech, reported a 70% increase in cyberbullying just months after the pandemic began.

"Hiding behind a screen makes it a lot easier for somebody to be able to pick on somebody, and it’s just heartbreaking," Aronson said.

Now the screen Aronson is behind will be used to encourage kids to stand up for themselves, and his words are carefully chosen to help lift them up.

Presley Aronson will be performing live on Your Evening, this Thursday, April 8 for the debut of his latest single, "Background."