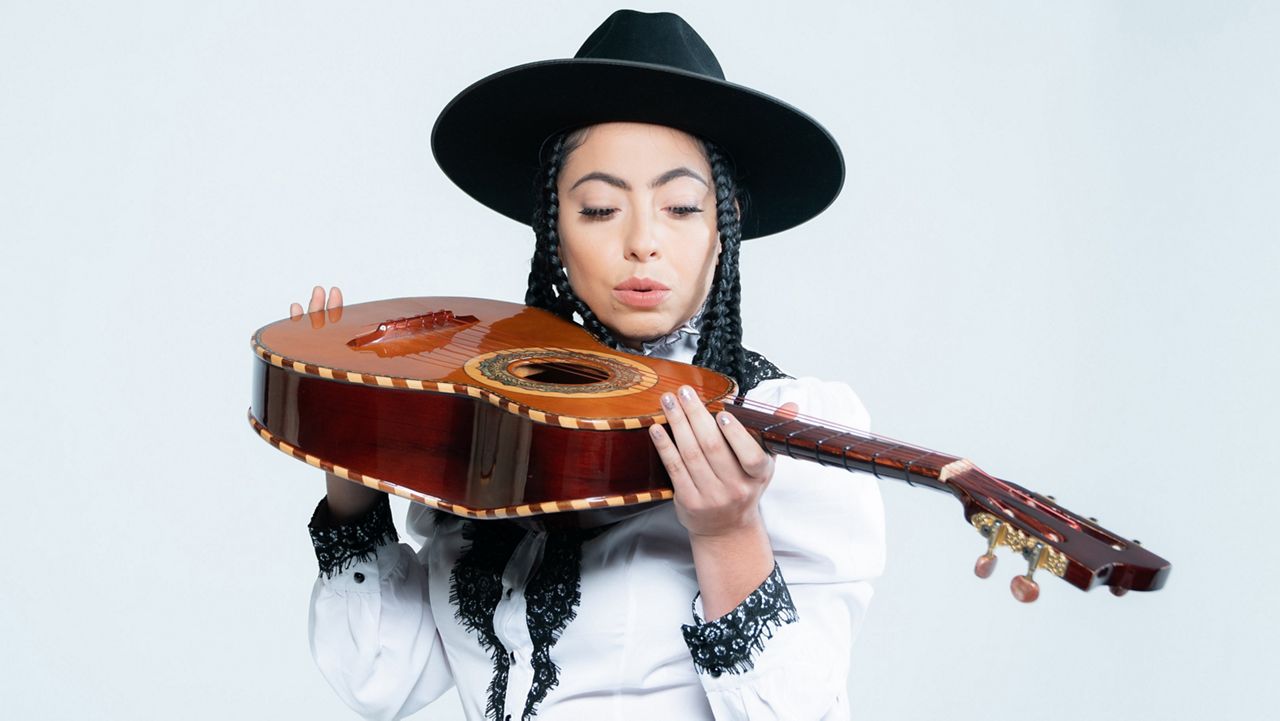 LOS ANGELES — It's a song about the humanitarian crisis at the border called "The Kids Are Still in Cages," a song Nancy Sanchez says is not only important, but also personal.

In the song, Nancy reflects on her own experience immigrating to the U.S. from Mexico as a child. While she remembers the journey being long — more than 1,600 miles — she also remembers being filled with so much hope.

"I was 3 1/2 years old, and I still remember that from Toluca to Tijuana we took a bus, we were a little family in a bus, super excited to come to the United States," Sanchez said.

She still holds on to pictures like the passport photo she took with her sister and mother once they arrived at the border and one of the last birthdays she spent in Mexico with her family before coming to the U.S.

But she realizes her journey was different because she had her parents and a feeling of comfort and safety. For the unaccompanied minors currently seeking asylum, she knows their experience is very different.

Although the song was released in the summer of 2020, Sanchez explained how the message is still relevant now with the new wave of unaccompanied minors seeking asylum.

Sanchez added that she is calling attention to the issue at the border and helping raise money. She ook part in a virtual concert that helped raise money for an organization that helps asylum seekers and family's separated at the border.

Looking back, Sanchez noted that for her and her family, it was a beautiful journey but also a painful one because leaving family and your home is never an easy decision.