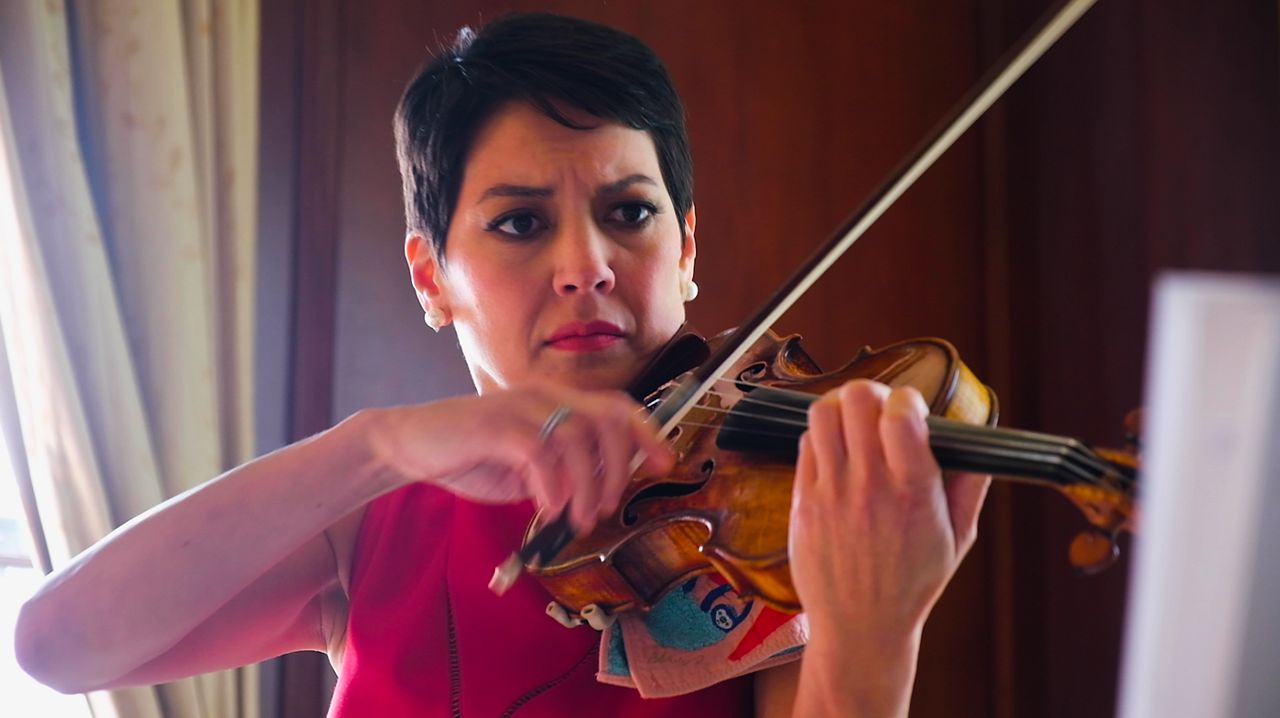 LOS ANGELES — Anne Akiko Meyers is a violinist who champions the work of living composers. Arturo Márquez is a composer who utilizes the styles and idioms of his native Mexico.

Together, they have created a new concerto for violin and orchestra called "Fandango," and the music is inspired by the sounds of mariachi.


For Meyers, who has captivated audiences around the world, Fandango is especially close to her heart, as she commissioned the work herself from Mexican composer Arturo Márquez. Meyers had heard earlier works of Márquez’s, but when she discovered he was alive and living in Mexico, she felt compelled to seek him out.

"I could not believe it," said Meyers. “I was like, 'Oh my gosh, this composer is alive? Wow, I must find this person.'"

Meyers got in touch with Márquez through his publisher and approached him with the idea of commissioning a new piece for violin and orchestra inspired by mariachi music.

“I thought he might just think I'm absolutely out of my mind crazy,” Meyers said. “When he said that he was would be interested in writing this concerto, it was like a total dream.”

Márquez grew up with the sounds of mariachi. His father was a violinist in a mariachi ensemble.

“Violin has been in my family, in my heart, for a long time,” said Márquez. “I had the idea of making something around [the Fandango], but also around Spain. There's a very close encounter between the Spanish music and the mariachi music.”


The “fandango” was originally a Spanish-Portuguese dance form that made its way to the Americas in the 18th century. By combining its rhythms and lyricism with a Mexican folk music feel, Marquez has created a new violin concerto that is an imaginative journey infused with the spirit of fiesta.

“You can hear that tradition inside,” said Márquez. “But it's all imagination, imaginary folk.”

Meyers and Márquez met recently in Pacific Palisades to run through the concerto together in person for the first time. For Meyers, who is a Southern California native, the combination of the Hollywood Bowl, Gustavo Dudamel and the LA Phil is the perfect setting for the Fandango premiere.

"Making this world premiere of Arturo Marquez’s incredible Fandango here at home for me is the best," Meyers said.

Although Márquez said it's often a challenge for composers to create new works from old forms, with the violin of Anne Akiko Meyers at the heart of the piece, Fandango is ready to spirit audiences away under the stars at the Hollywood Bowl.