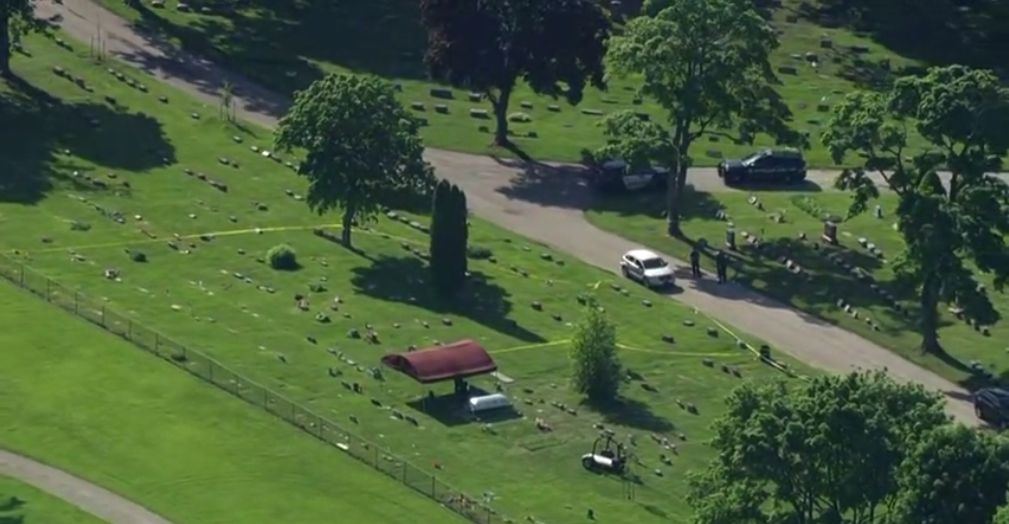 Racine police: No suspects in custody for Graceland Cemetery shooting

The shooting occurred at the interment for Da’Shontay L. King Sr., who was fatally shot by Racine police May 20, King’s sister, Natasha Mullen said. The Department of Justice is investigating the shooting of King.

“We were at the gravesite trying to get prepared to bury him, and bullets started flying everywhere,” she told the Milwaukee Journal Sentinel.

A Racine police officer fatally shot King, 37, during a traffic stop about two weeks ago. Police said they were carrying out a search warrant on a vehicle when King, who they said had a handgun, ran from the car. According to police, King ignored commands to drop the weapon and Officer Zachary B. Brenner shot him.

A service for King began at Fellowship of Christian Believers at 10 a.m., followed by his interment at Graceland Cemetery, according to his obituary.

According to the Racine police department, there were two females shot at the cemetery during the service for King. Racine police told Spectrum News one victim, 35-years-old, was flown to a hospital in Milwaukee. Police said she underwent surgery, and on Friday afternoon was "awake and alert." The other victim, 19-years-old, was treated at a hospital but has since been released.

Ascension All Saints Hospital said it was treating victims from the shooting. As of 5:36 p.m. Thursday evening, the Racine County medical examiner said they had not been called to the scene or hospital.

Police added the scene is active and asked people to avoid the area.

"We are asking for calm and no retaliation at this point; the city is tired and we need some rest here. It’s ridiculous that someone can’t even go to a funeral without fear of their own safety," Kristi Wilcox, a public information officer with Racine police department, said.

Racine police said no suspects are in custody as of noon on June 3. Police reported multiple firearms were used in the shooting.

In response to the shooting, City of Racine Mayor, Cory Mason, said he is "instructing the police department to actively enforce our juvenile curfew ordinance through the weekend. Anyone under 18 must be home by 11 p.m." The curfew will be in place until 6 a.m. the following day.

Area residents said they heard 20 to 30 shots, the Racine Journal Times reported. One woman said “it sounded like firecrackers.”

Graceland Cemetery is located between Graceland and Osbourne Blvds. in Racine.

Three young men who were playing basketball at Lockwood Park, immediately west of the cemetery, said they heard shots and the fence behind them was repeatedly hit.

Tre Brantley, one of the men, started running to his car the moment he heard shots. He and his brother, Kellyn Foster, both got into their car and ducked down, praying they wouldn’t get hurt.

“This has got to stop,” Brantley said of the gun violence.

“I was very scared— can’t say I wasn’t,” Brantley said. “But it was more fear for my little brother and my family longtime friend and his girlfriend and just if we could get out of there. That was it. [There] wasn’t anything other than that in my head.”

A spokesperson for Ascension Wisconsin said Ascension All Saints Hospital has "increased security measures" following the shooting Thursday afternoon. The hospital's property is located right next to the cemetery's property. As of 6 p.m. Thursday, the hospital said it "has resumed normal operations."

Racine police are asking if any citizen has any kind of video footage of the incident at Graceland Cemetery, to please email Lt. Melby at Chad.melby@cityofracine.org or Sgt. Koepnick at Justin.koepnick@cityofracine.org. Anyone with information who wants to remain anonymous can contact Crime Stoppers at 262-636-9330.

The shooting comes the day after a gunman killed his surgeon and three other people at a Tulsa medical office. It’s the latest in a series of mass shootings in United States including the deadly school shooting in Uvalde, Texas, and an attack on a supermarket in Buffalo, New York.

Here are reactions and statements from local leaders as they come in:

This is a developing story. Check back for more details.