UW-Madison freshman Shannon Abolins (second from right) and her family. Abolins is one of thousands of students under quarantine due to COVID-19 concerns.(Photo courtesy of Shannon Abolins)

MADISON, Wis. — It’s been an unusual start to the school year for UW-Madison students.

Little boxes on Zoom replaced packed rows in lecture halls; dorm packing lists grew to include masks and hand sanitizer. And for the thousands of students quarantined over COVID-19 concerns, the campus experience is now largely confined to their own rooms.

“I think kids are getting a little bit stir-crazy,” says Shannon Abolins, a freshman under quarantine in Witte Residence Hall. “We're definitely just trying to stay sane by keeping in our room as best as we can.”

The university ordered students in Witte and Sellery Residence Halls, two of the biggest dorms on campus, to quarantine in place for two weeks starting last Wednesday as part of its efforts to slow the rapid spread of coronavirus on campus. Multiple fraternity and sorority houses have also gotten quarantine orders.

The school has seen more than 2,300 students and staff cases since August, and reported Wednesday that roughly 20% of students in Sellery and Witte had tested positive.

“The numbers of positive tests that we're seeing on campus has been higher and increased more rapidly than we had anticipated at this point in the semester,” UW-Madison Chancellor Rebecca Blank said at a media briefing this week. “It's gone up faster than among most of our peer schools.”

Similar lockdown measures have cropped up at other Wisconsin schools, as officials say educational settings have driven a recent spike in the state’s caseload. Marquette University placed one of its residence halls on quarantine this week after finding a cluster of cases there. And UW-La Crosse ordered a quarantine of all its dorms Sunday, after previously quarantining one building.

At UW-Madison, the first night when students were ordered to quarantine was “a little crazy,” Abolins says. She and her roommate, Bailey Marsh, first heard from other residents in the hall that they had about two hours until they’d go into lockdown at 10 p.m. 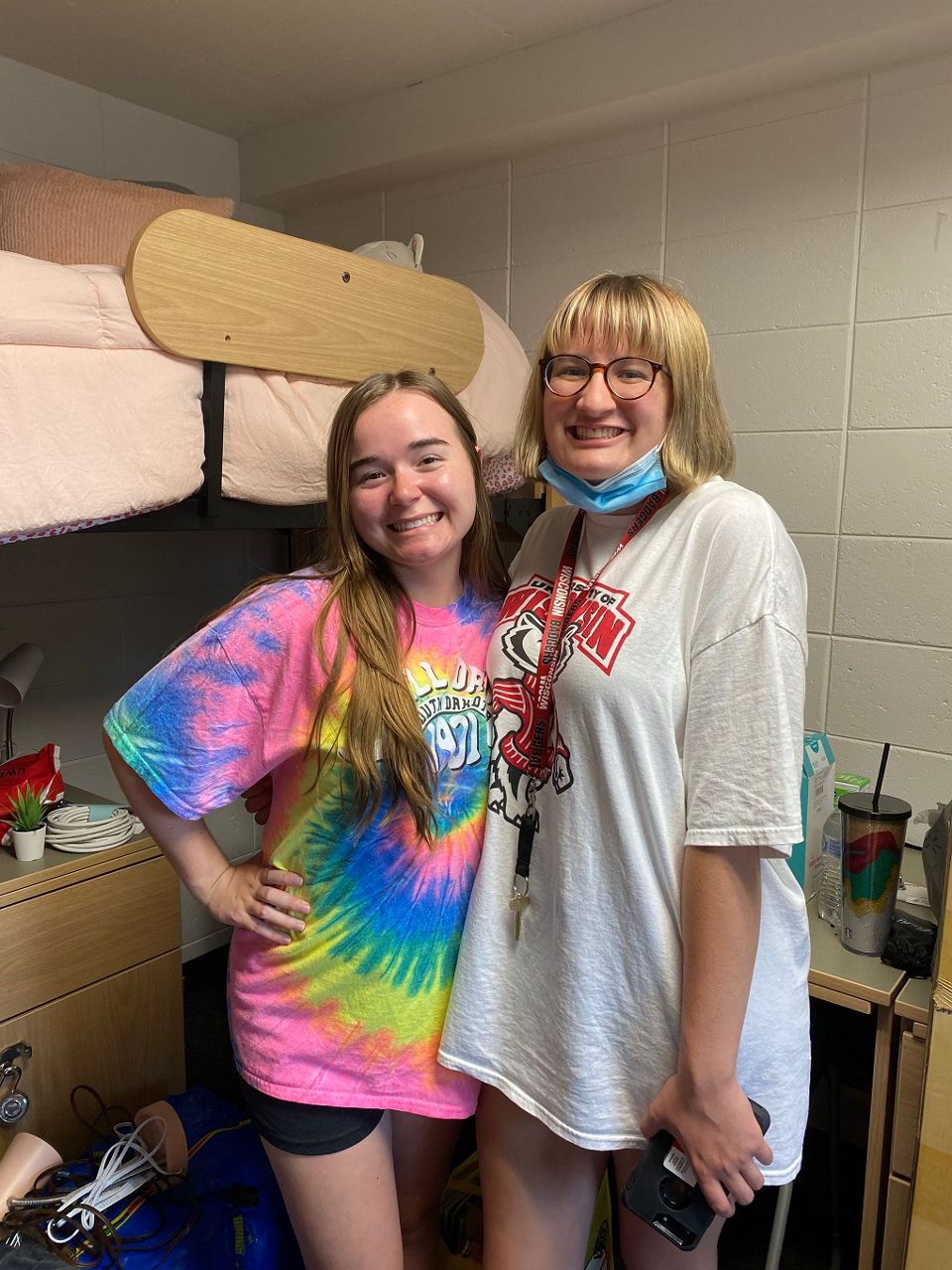 By the time they got the official email announcement from the school, Abolins says the grocery store lines were already packed with students trying to grab last-minute supplies. She says she and Marsh made two trips to stock up on water, ramen, peanut butter, candy, and other “college food staples.”

For freshman Sophie Fuchs, the night was made more chaotic by the fact that she was in the midst of a move from Sellery to Witte. Fuchs had put in a room change request because construction noise near her original room made it hard to focus, and ended up running between the two soon-to-be-quarantined halls to make the switch before the lockdown started.

“It was very hectic,” Fuchs says. “I ended up moving rooms in an hour and a half.”

Fuchs says she thinks the quarantine was a good measure because “a lot of people were getting sick,” although she would’ve appreciated more of a heads-up beforehand. Blank has said that, though people were unhappy about the short notice, “that is the nature of what quarantine means.”

Even after the lockdown went into effect, Abolins says she has sometimes wished for more “clear correspondence” from the administration. She says they’ve had to adapt to changing guidance on where to get their mandatory coronavirus tests or how to pick up meals. The students now get 30 minutes to grab each to-go meal from the dining hall and get some outside time.

“I know it's a test of being flexible, but it's just kind of frustrating to deal with,” she says.

Since the initial rush to get settled, these freshmen say their days in quarantine have been pretty quiet. Abolins says she’s noticed some people getting “rambunctious” or inviting others over to their rooms — which is technically not allowed under the quarantine rules — but she’s been trying to limit her exposure. 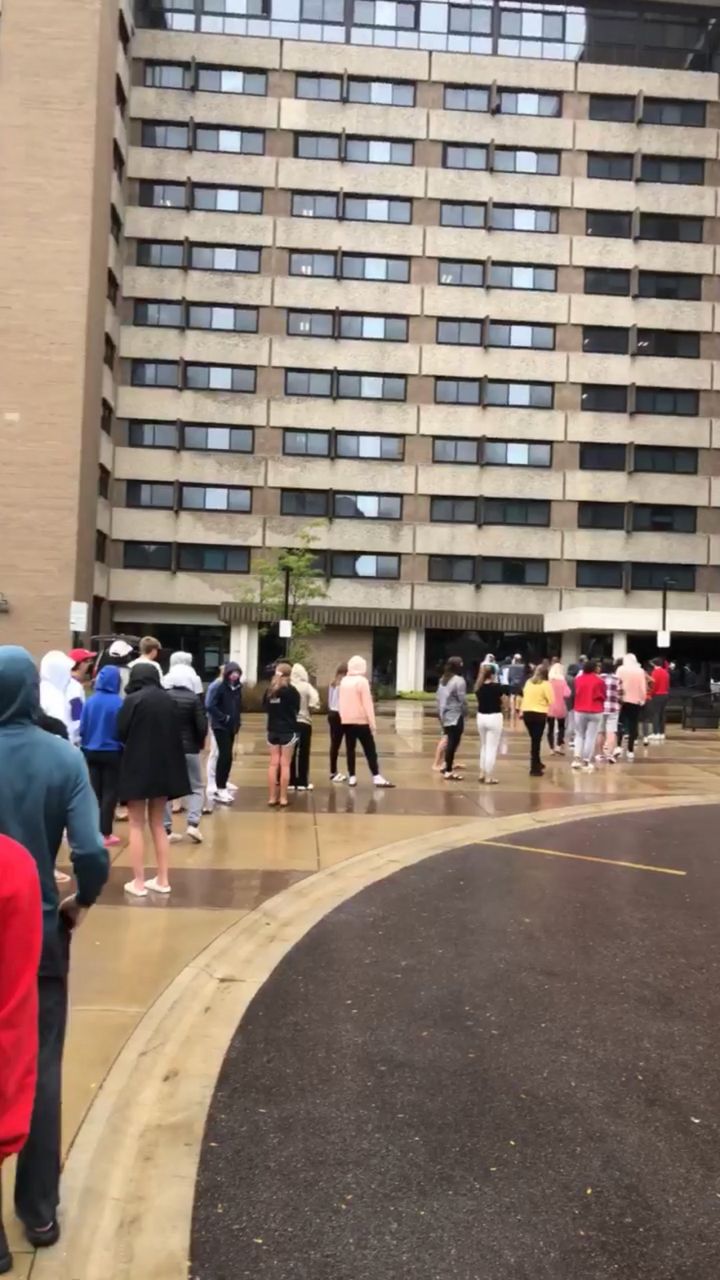 Quarantined students wait in line to pick up their to-go meals. (Photo courtesy of Shannon Abolins)

The students also say they’ve seen “cars and cars” of students moving out. As of Monday, university leaders said about 1 to 2% of students had canceled their housing contracts.

Fuchs says her roommate in Witte was coming to move in Wednesday, the day the quarantine started, but once she heard about the lockdown decided to turn around and go back home instead. She says other people in her hall have similarly seen their roommates leave for the two-week period.

“I just didn't really want to go home because I wanted more of an experience here on campus,” Fuchs says. “Even if it would be in my dorm.”

Still, she says it’s been lonely quarantining by herself, though she’s tried to safely connect with others in the dorm — including her sister, who also lives in Witte. As a whole, she says she was really excited for the college experience, but so far it’s “not as good as I expected it to be.”

UW-Madison’s classes, which were previously offered in a hybrid model, have moved online for the two-week period. Abolins says she misses the in-person classroom setting, especially when she and Marsh are trying to do their work in the same space.

“Learning online also while being quarantined is so much harder than I thought it was going to be,” Abolins says. “It's hard to make connections and focus because you're not physically in the classroom.”

Of course, socializing and making new friends — a big part of the first-year experience — have also become more complicated during the pandemic, the students say.

Before the dorm quarantine, Marsh says she was feeling conflicted: She wanted to meet new people, but felt like it was hard to find ways to do that without putting herself at risk of getting sick or breaking school rules. Plus, she says it was tough going right into this especially stressful college experience after already dealing with an unsatisfying end to high school.

“It felt, in a way, like high school never ended. It just blended into college, because I never really felt like there was a clean breaking point,” Marsh says. “And it definitely did put more anxiety on not being around people. So now it's harder to make friends because it’s like, ‘What do people my age talk like now? I don't remember.’” 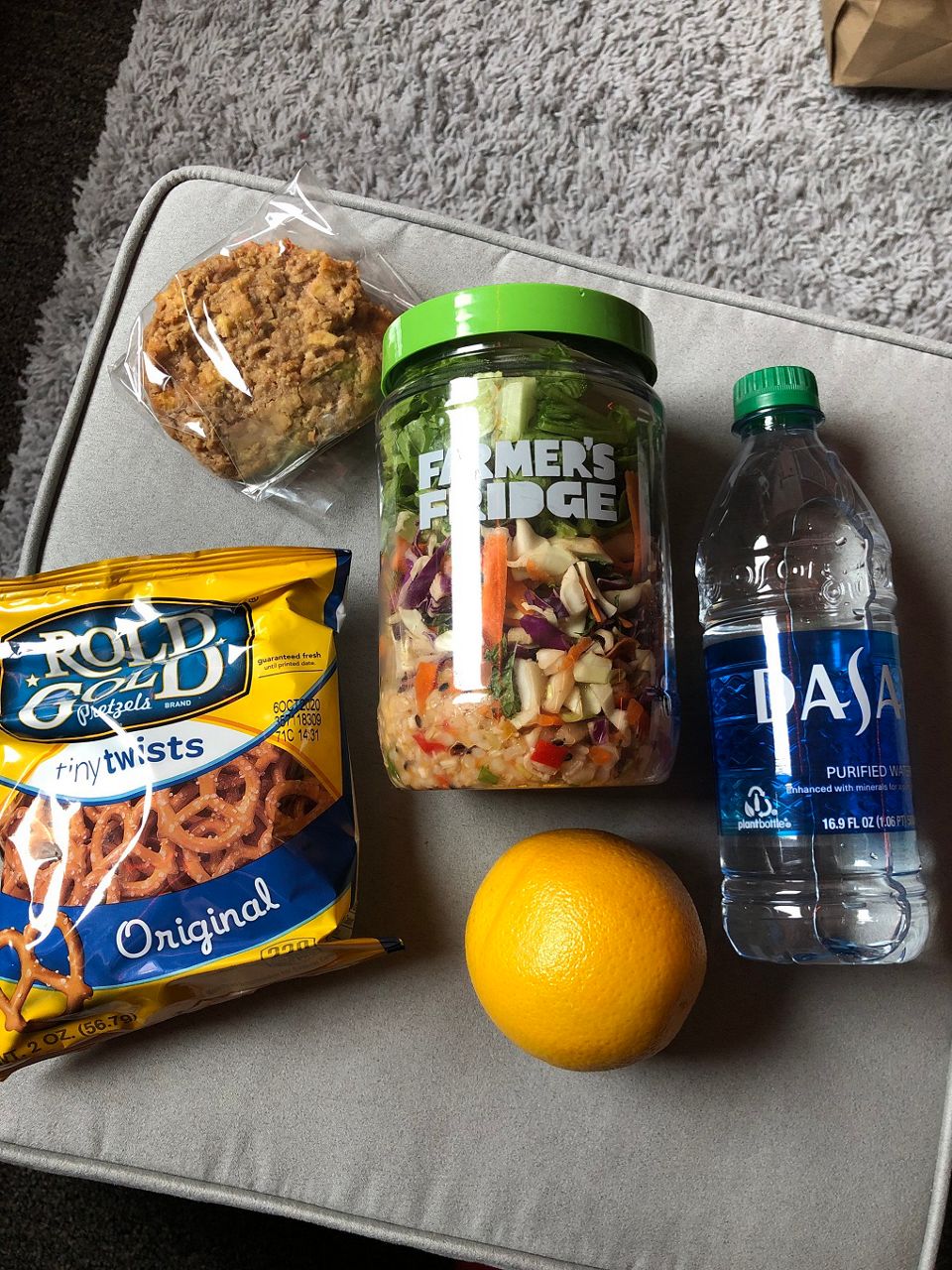 In some ways, at least, Abolins says the pandemic has led them to appreciate the little things, because a lot of the big things — like graduations, or concerts, or fairs — were taken away this summer. Quarantined students have been trying to find ways to laugh about the situation and make the most of it, like by making Post-it note signs in their dorm windows, having TikTok contests, or dancing around the common room on the weekend.

With a little less than a week left in quarantine, the administration has said that “University Housing may be forced to take more drastic action with these two residence halls” if cases don’t drop to much lower levels than before.

Fuchs says she’s really hoping that people will be more cautious so they can get a campus experience that’s “as normal as possible.” At the beginning, she says it was hard to keep people apart, since freshmen were just getting to campus and wanted to meet everyone they could. As time has gone on, though, she says those interactions have slowed down a bit, and for the most part people have been good about wearing masks in quarantine.

Abolins says she doesn’t think the school should place all the blame on underclassmen. But she and Marsh agree that they hope their peers will be more careful about their exposure as the semester goes on.

“In a perfect world, people would actually start taking the guidelines seriously,” Marsh says. “And if the university would actually use these guidelines and enforce them, maybe we could, by next semester, actually be able to have some fun.”