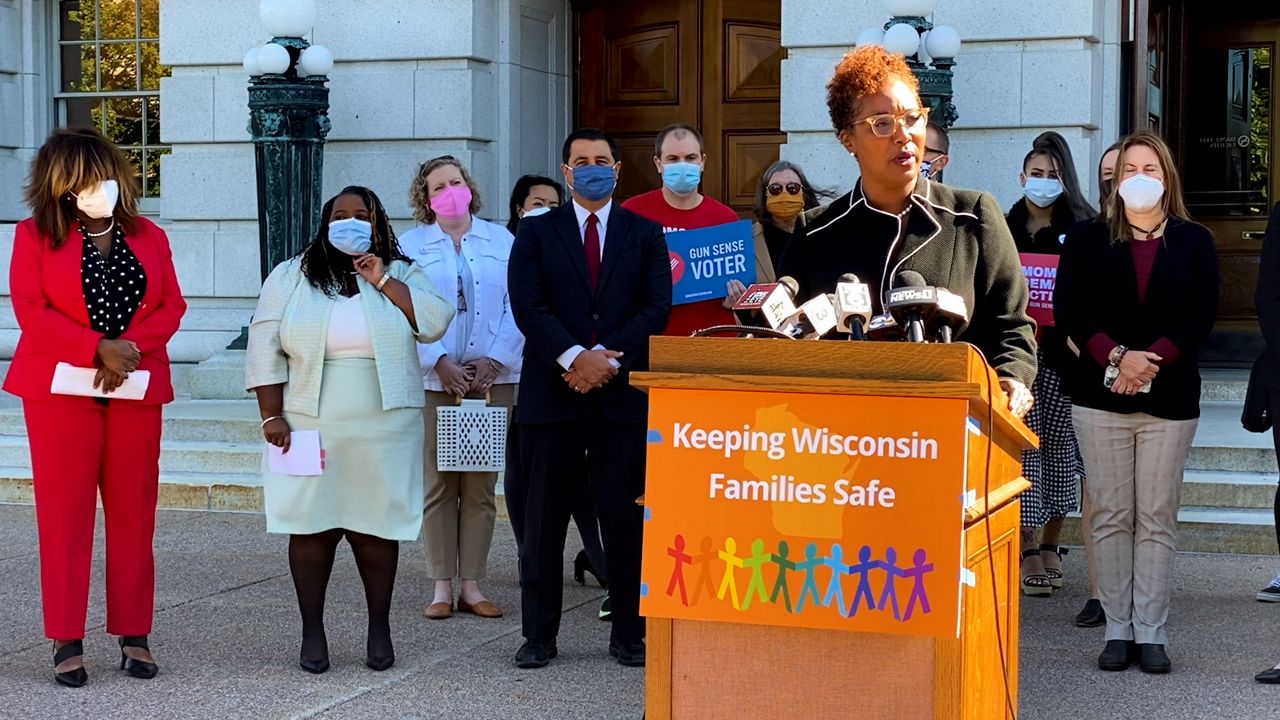 'This is not a gun grab': Democrats renew gun violence prevention efforts

MADISON, Wis. — Democrats are renewing their push for gun reform, but this time the effort has more to do with the pandemic than politics.

Lawmakers said those gun safety proposals aren't conservative or liberal. Rather, the proposals are in the interest of all Wisconsinites.

“I didn't want to be that mom who lost her kid to gun violence,” Buscher said.

The Madison mom of a four-year-old and a second-grader is now part of the group called Moms Demand Action and said passing the two proposals would make a big difference in her life. 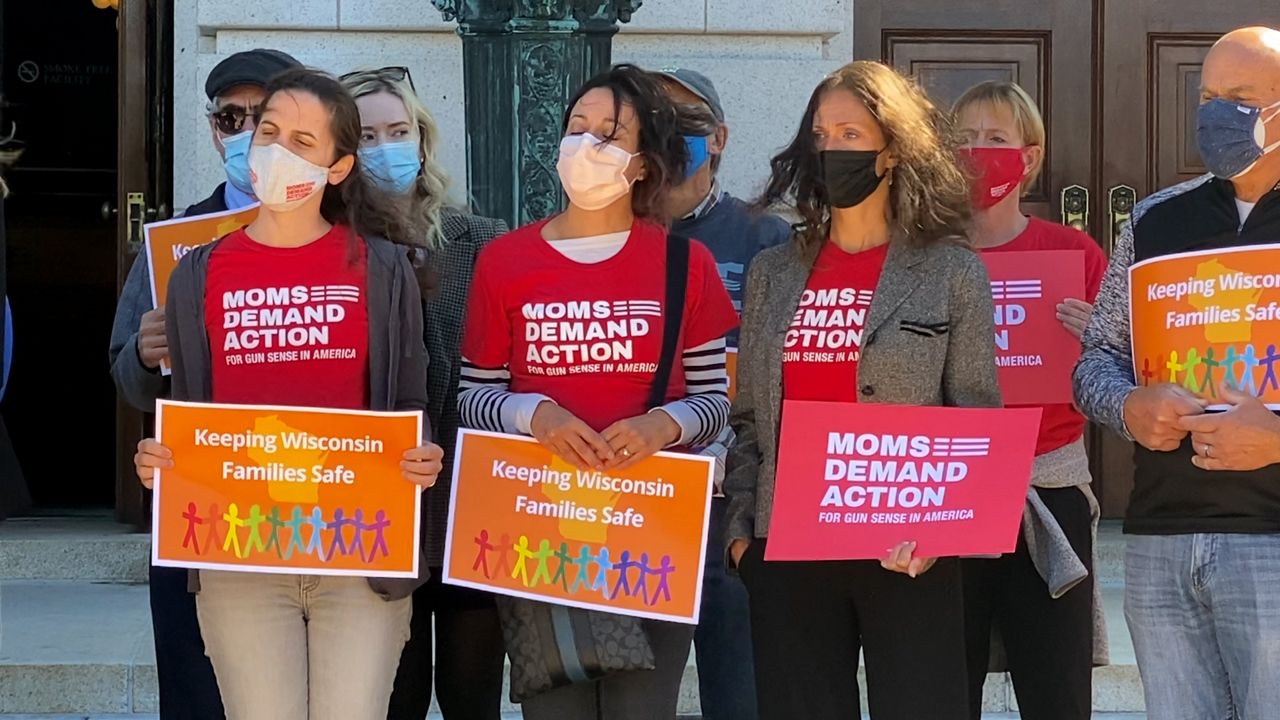 Members of Moms Demand Action attend Thursday press conference on the steps of the state Capitol in Madison, Wis.

“I'd feel safer just going to the park,” Buscher said. “Several weeks ago a man was just shot in the park here in Madison. There [are] so many places that so many people don't feel safe going, and it shouldn't be like that.”

Wisconsin Attorney General Josh Kaul said those proposals that would make Buscher feel safer are more important to pass now than two years ago when lawmakers last tried to. 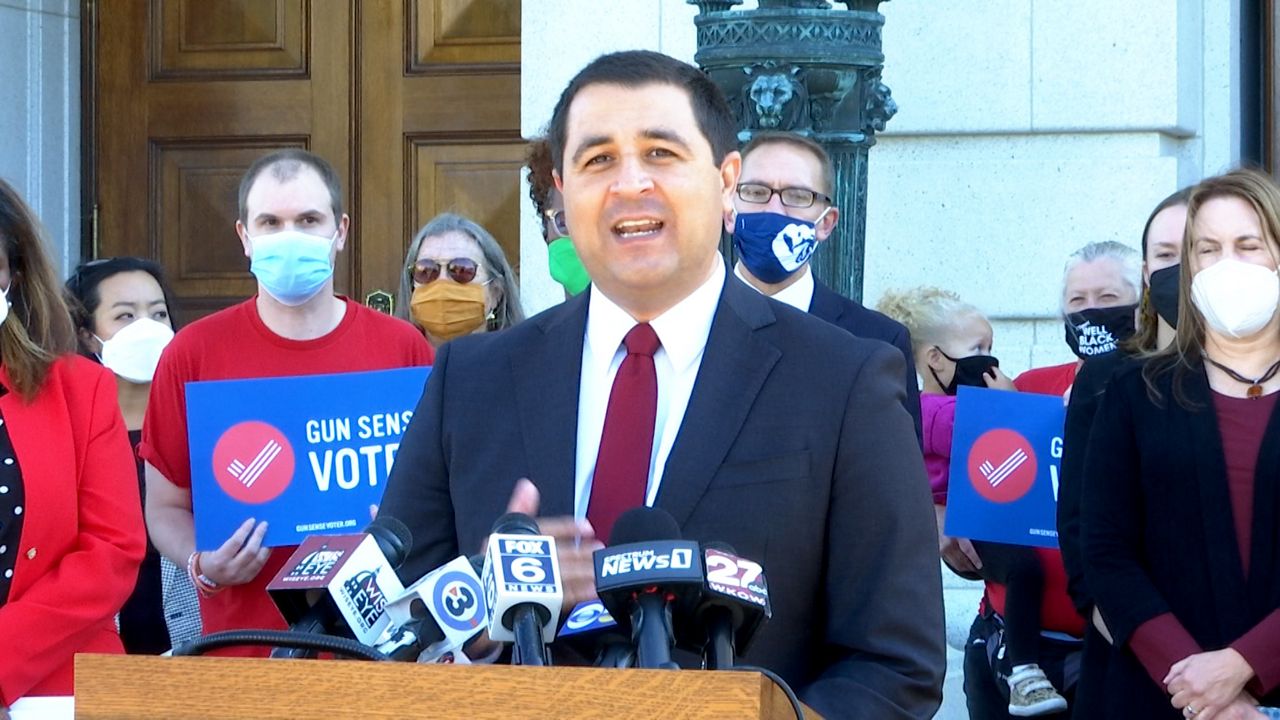 The ideas aren't new, and Democrats said neither is the support for them. Polls from Marquette Law School in 2018 and 2019 found nearly 80% of Wisconsinites support expanding background checks, including a majority of gun owners.

“We have to keep the conversation going because it's past time,” Buscher said of the data. 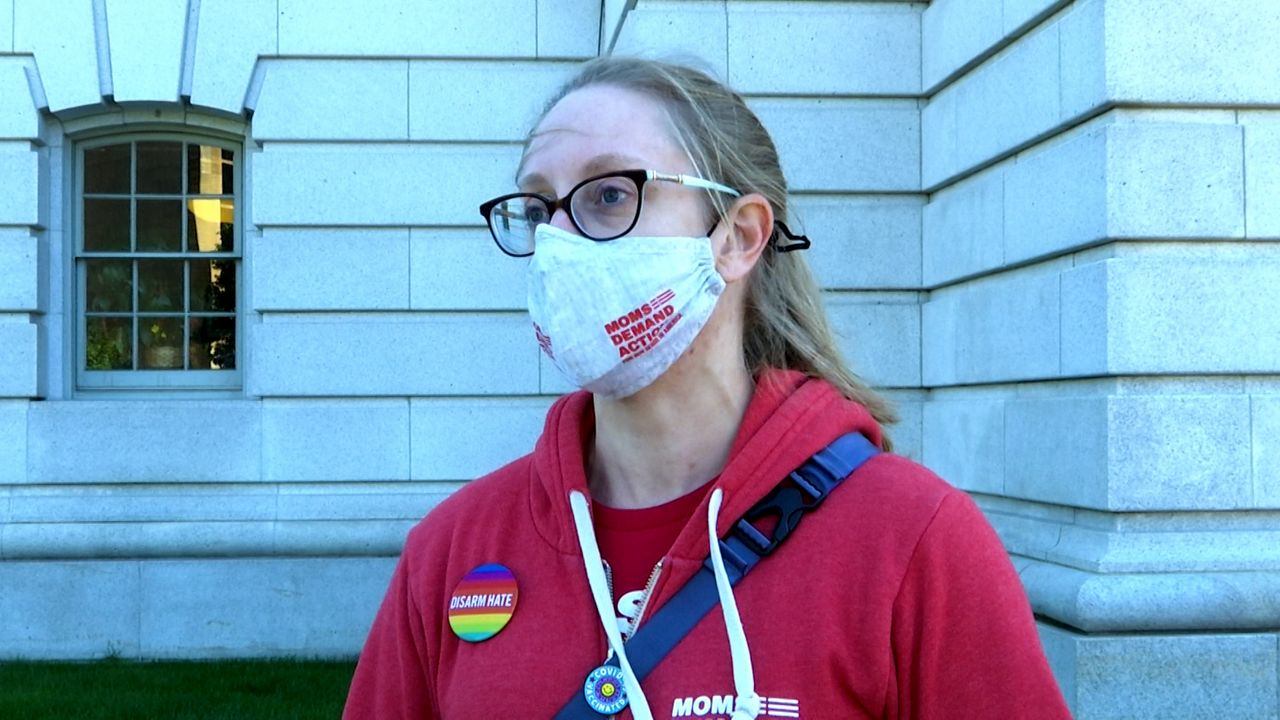 “This is not a gun grab,” State Rep. Andraca said. “This is a bill that respects our Second Amendment rights with provisions, such as criminal penalties for those who bring false charges. Only a judge can issue an order based on clear and convincing evidence of a threat. The order is temporary, can be challenged or terminated with full due process.”

So far, Republicans have ignored calls to pass such legislation by not taking any action on a special session called by Gov. Tony Evers in 2019, and by removing the items from his state budget proposal last year.