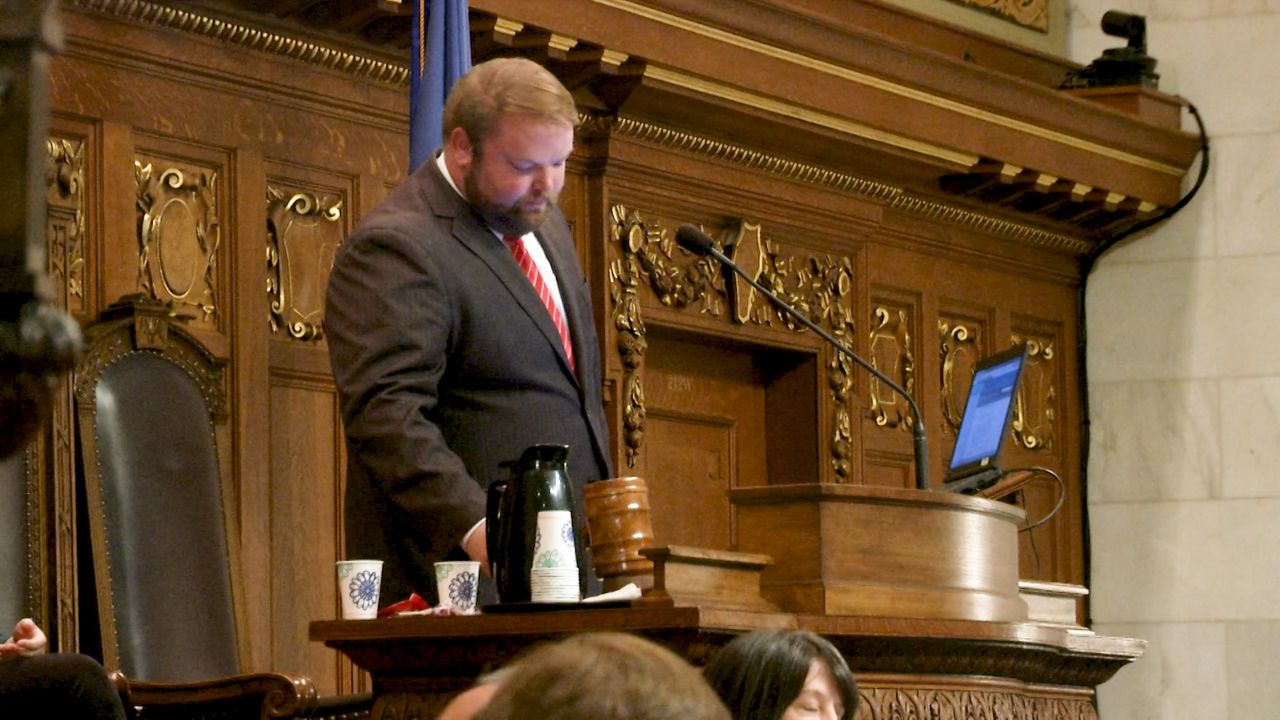 MADISON, Wis. (SPECTRUM NEWS) – Democratic Gov. Tony Evers says Republicans refused to do their jobs and ignored the will of the people after the special session on gun laws he called last month went nowhere.

The governor's proposals for universal background checks and red flag laws were quickly dismissed by Republicans.

Gavel in, gavel out. That's how Gov. Evers' special session on gun control went at the Capitol Thursday night in both the Assembly and Senate. No debates, no votes; just as Assembly Speaker Robin Vos (R-Rochester) and Senate Majority Leader Scott Fitzgerald (R-Juneau) said would happen.

As the Assembly chamber cleared out at 9:30 p.m., after it took less than a minute to convene and adjourn a special session, Speaker Vos told reporters the governor was playing politics.

“We bring bills to the floor that are actually going to pass,” Speaker Vos said. “We don't bring bills to the floor that are going to fail, so we were very clear with Gov. Evers that there were things we could have worked together on. As I said in my statement on the floor, we voted to expand background checks in the last session. Didn't get through the state Senate, but there were some things that we could have worked on together, but instead what he choose to do was to play politics with his entire issue.”

“I think if there are bills that would make sense to the Republican legislature that we would call ourselves into regular session or extraordinary session to take those up, so I think the governor knows the bills that he's offered are not going to pass the Legislature,” Sen. Fitzgerald said.

Still, that did not stop Democrats like Assembly Minority Leader Gordon Hintz (D-Oshkosh) from making a plea earlier in the day.

“You know the Republicans seem to be okay with elementary school children doing active shooter drills, but are unwilling to prohibit violent criminals from having to submit to a background check,” Rep. Hintz said.

Democrats in the Senate symbolically stood on the floor at 2 p.m., the earliest time a special session could have been brought to order.

Meanwhile, activists with organizations including March for Our Lives, Moms Demand Action, and Wisconsin Anti-Violence Effort (WAVE) rallied on the Capitol steps.

Though they didn't get a victory Thursday, they say they're not giving up.

As far as how Wisconsin compares to the rest of the country, 17 states have passed red flag laws and 21 states have similar universal background check laws.

Gov. Evers has previously threatened to keep calling special sessions until action is taken, but there has been no word yet on if that will happen.