MADISON, Wis.— From now on, May 14th will be recognized as Hmong-Lao Veterans Day in Wisconsin.

Gov. Tony Evers signed a bill Friday morning outside of the Capitol recognizing the day and ordered flags to be flown at half-staff in honor of Hmong-Lao veterans.

“Forced to flee their homes, many Hmong-Lao soldiers and their families resettled in communities across America, including right here in the great state of Wisconsin, and our state is a stronger, better place because of it,” Gov. Evers said.

During the Vietnam War, thousands of Hmong-Lao people fought alongside the United States and faced harsh retribution from the Vietnamese and Lao governments for their service.

“Our state's Hmong and Laotian communities are an important part of Wisconsin's culture and history, and it's an important part of our future,” Gov. Evers said. “It's no secret that this past year has been especially difficult for Asian American and Pacific Islander communities who've experienced increased racialized words, actions, and violence.”

46 years ago Friday, on May 14, 1975, is recognized as the last day of airlift evacuation of the remaining Hmong-Lao soldiers and their families from the covert headquarters in Long Tieng, Laos to the Nam Phong refugee camp in Thailand. 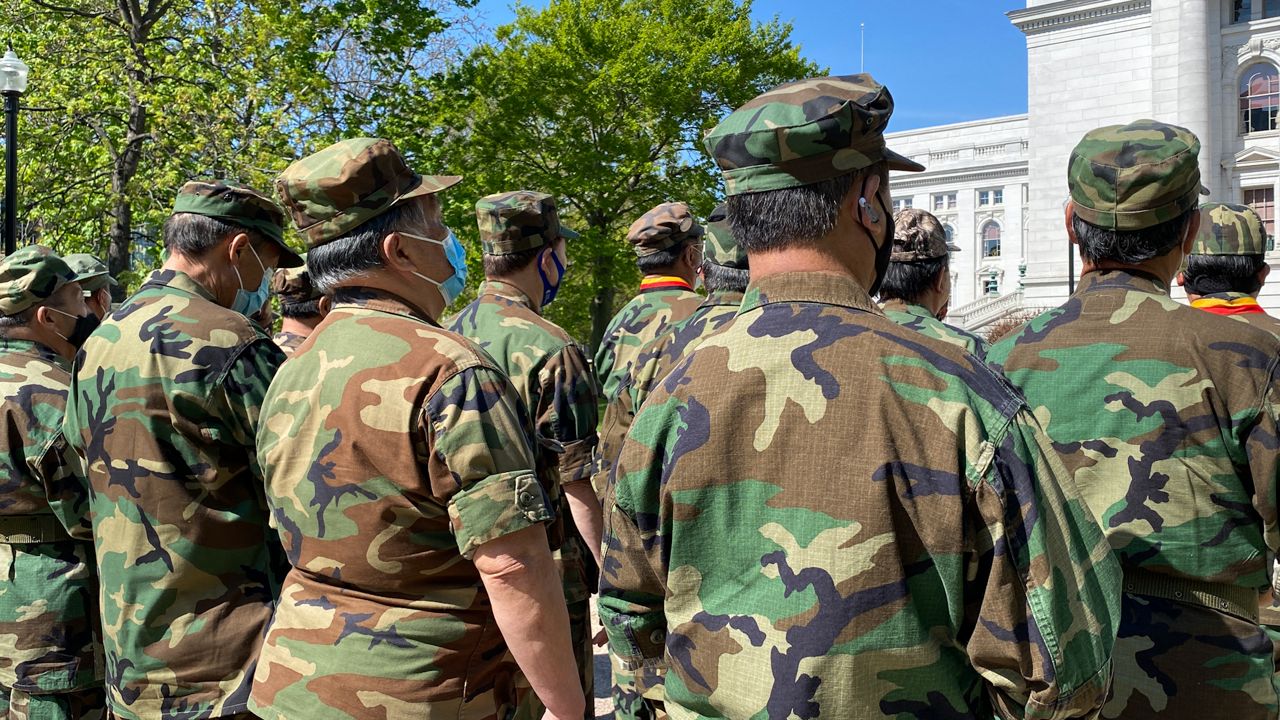 Hmong-Lao veterans rise as Gov. Tony Evers speaks during a bill signing ceremony outside of the State Capitol on Friday.

“To all the veterans that are here, I salute you not only for yourself but for all the veterans that passed along the way,” State Sen. Jerry Petrowski (R-Marathon), who authored the Senate version of the bill, told the crowd. “The ones that were killed in combat and the ones that we have lost through the years. I wish this wouldn't have taken so long, but here's where we are.”

Many Hmong-Lao soldiers were forced to flee with their families and resettle in the United States, including in Wisconsin.

In addition to signing the bill Friday, Gov. Evers has proclaimed Hmong-Lao Veterans Day in Wisconsin each year since taking office in 2019.