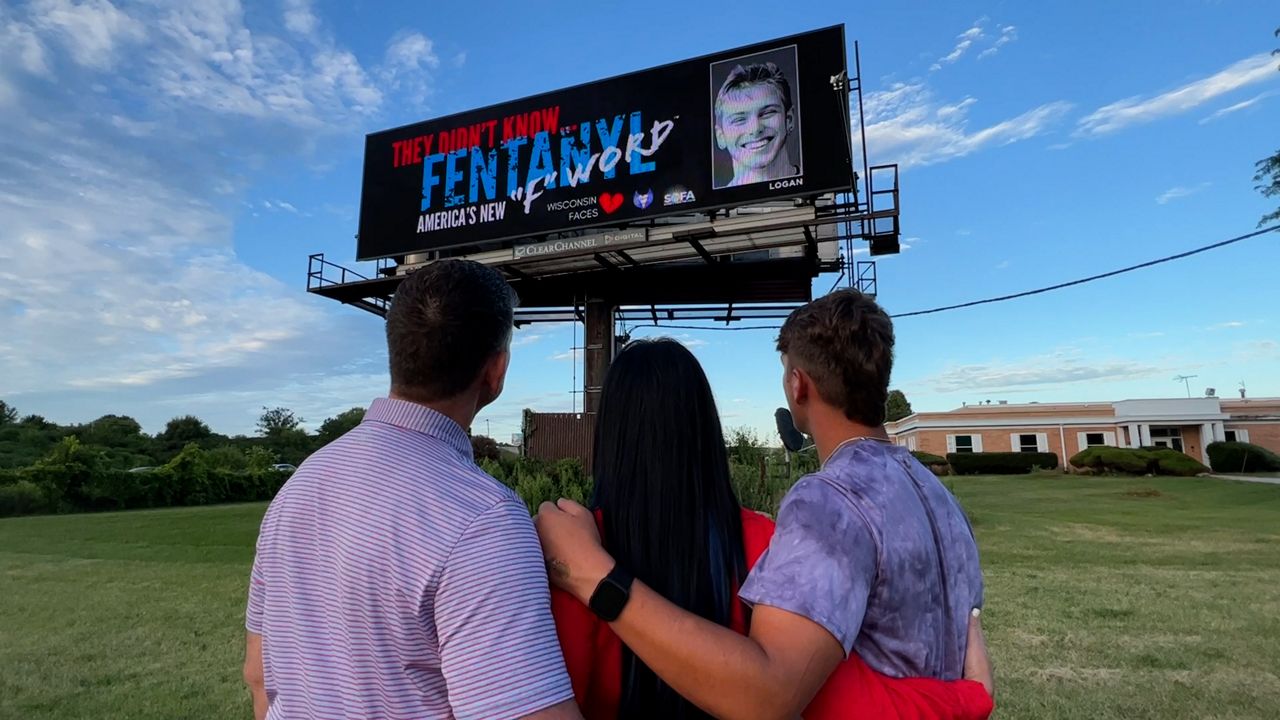 PEWAUKEE, Wis. — The leader of the nation's Drug Enforcement Agency has called fentanyl the single deadliest drug threat our nation has ever encountered.

National Fentanyl Prevention and Awareness Day was observed by the federal agency Sunday to remember loved ones lost to fentanyl poisoning.

Families in Wisconsin used the opportunity to share their stories and turn their pain into a positive with the hopes of preventing more deaths.

You may remember the Rachwal family from our "Fighting Fentanyl" half-hour special in April.

Since then, Erin and Rick have started a foundation in memory of their son Logan, who unknowingly consumed fentanyl while in his UW-Milwaukee dorm and died at 19 years old.

“Because he died on Valentine's Day, we thought it was a really neat thing to call the organization 'Love, Logan,'” Erin Rachwal explained. “He was a kind, sensitive, compassionate kid, and I do know he would be looking down saying 'Way to go, mom and dad.' You know, he would because after the struggle he went through, he would not want anyone to go through what he went through.”

Erin and Rick, who have made it their mission to talk about trauma with the hopes no other parent has to live their worst nightmare, don't want another family to go through what they did. 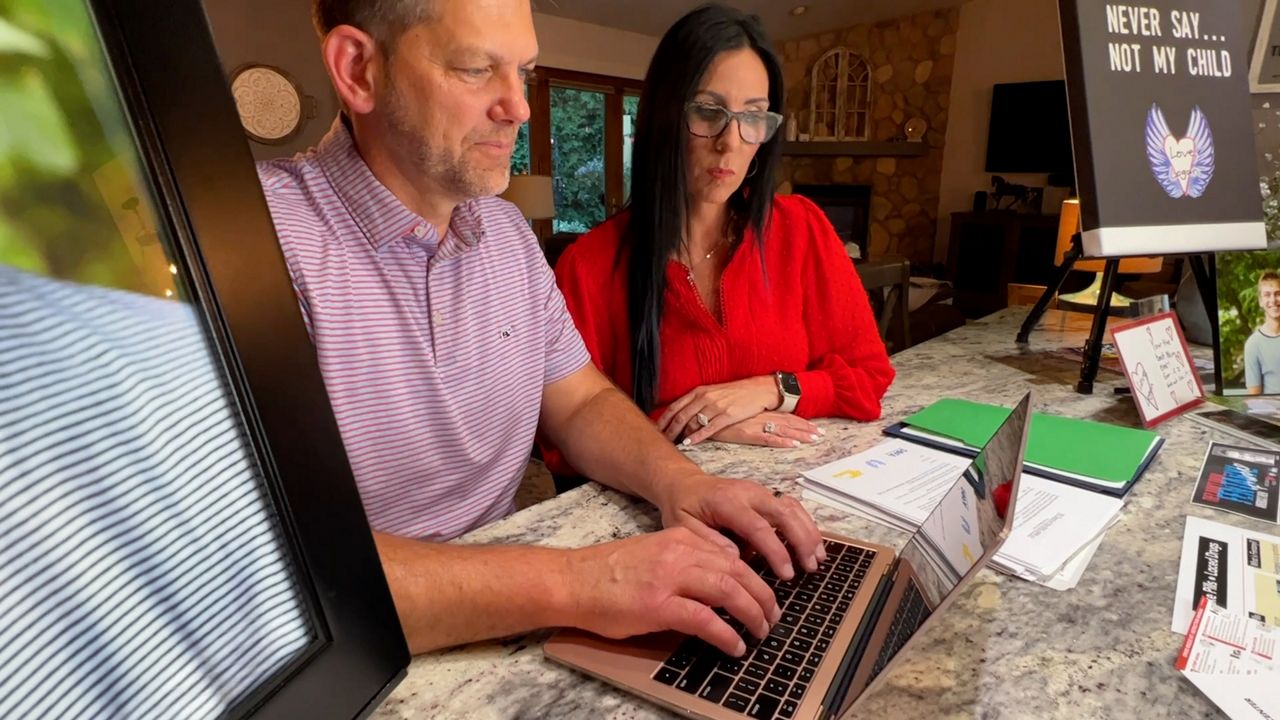 Rick and Erin Rachwal work on their Love, Logan Foundation website from their home in Pewaukee, Wis. (Mandy Hague/Spectrum News 1)

After attending the DEA Family Summit on the Overdose Epidemic in June, the couple knew they needed to start speaking up.

“You can't just tell kids don't do drugs,” Erin Rachwal said. “That is never going to work with this epidemic. We have to educate them and get to the heart of them, and really make them understand what's happening through personal stories and through faces.”

Faces that, thanks to lots of donations, are now on a billboard. 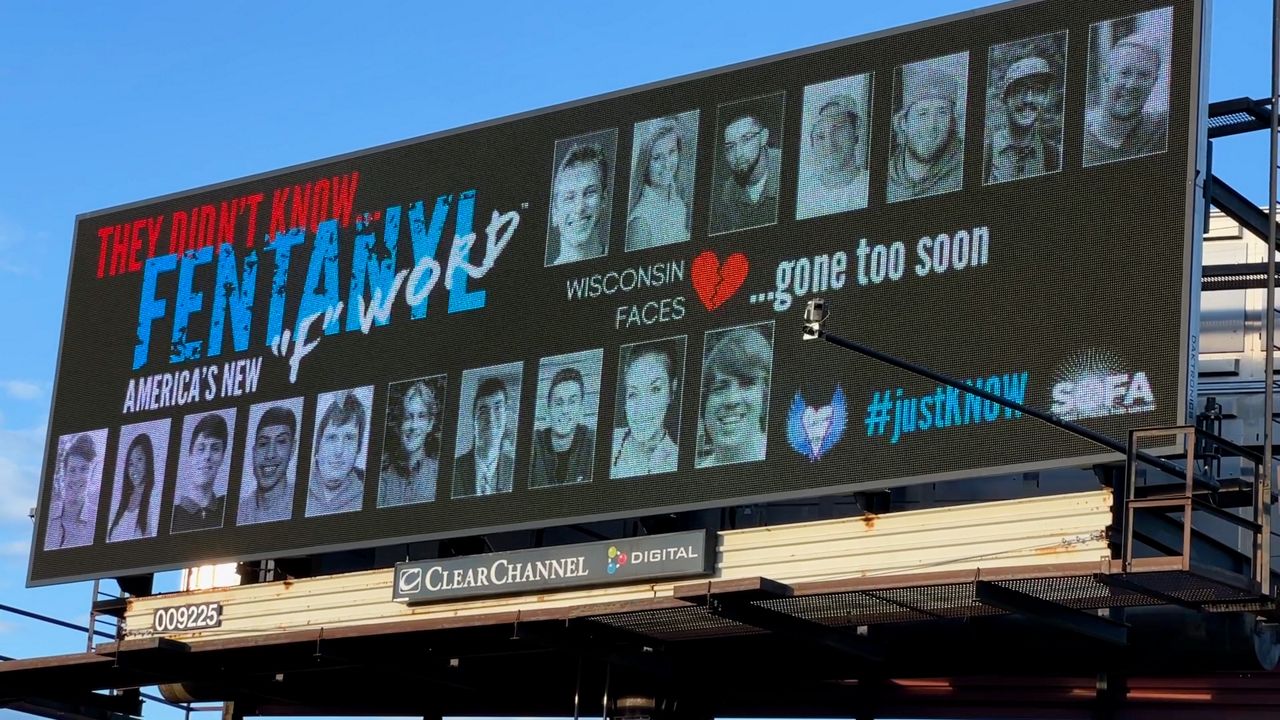 The 'Fentanyl is America's New "F" Word' billboard debuts in front of the Clear Channel Outdoor office along I-94 in Pewaukee, Wis. (Mandy Hague/Spectrum News 1)

“Hopefully, it gets people talking, and asking questions, and talking to their kids,” Rick Rachwal said.

“I think the real, you know, turning point for us was finding people, like-minded people, who were willing to support us and work with us,” Erin Rachwal added.

The Rachwals teamed up with a group called "Saving Others for Archie," or SOFA for short, to make their vision for a billboard a reality.

Lauri Badura, and her husband Andy, founded the group in 2015 after losing their son the year before.

“Back in 2014, fentanyl was something you didn't hear about, and nobody knew about, so it was an absolute shock when we lost our son,” Badura explained. 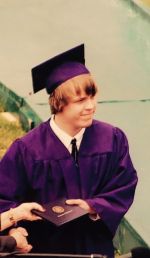 Archie was 19 years old when he died of an opioid overdose. Not wanting his death to be in vain, his family continues to share their memories.

“He would go 'Momma, when are you taking me to New York?' Every year, it was when he was three, five, seven, eight, ten, and finally, I was like 'When you're 16. On your 16th birthday, that's what we're doing,'” Badura said. “To this day it breaks my heart — breaks my heart, that we didn't. It wasn't good where he was on his 16th birthday.”

Archie has finally made it to New York on another billboard in Times Square alongside Logan and Charlie, who are the faces of three organizations that teamed up to save lives and spread awareness.

The opportunity came to be after the Wisconsin billboard was featured on a Fox News segment that caught the attention of a marketing executive who oversees the programming of the HD Mega Screen in Times Square. In support of the message, he made a special offer to SOFA, which partnered with Love, Logan, and a California-based group called Song for Charlie. 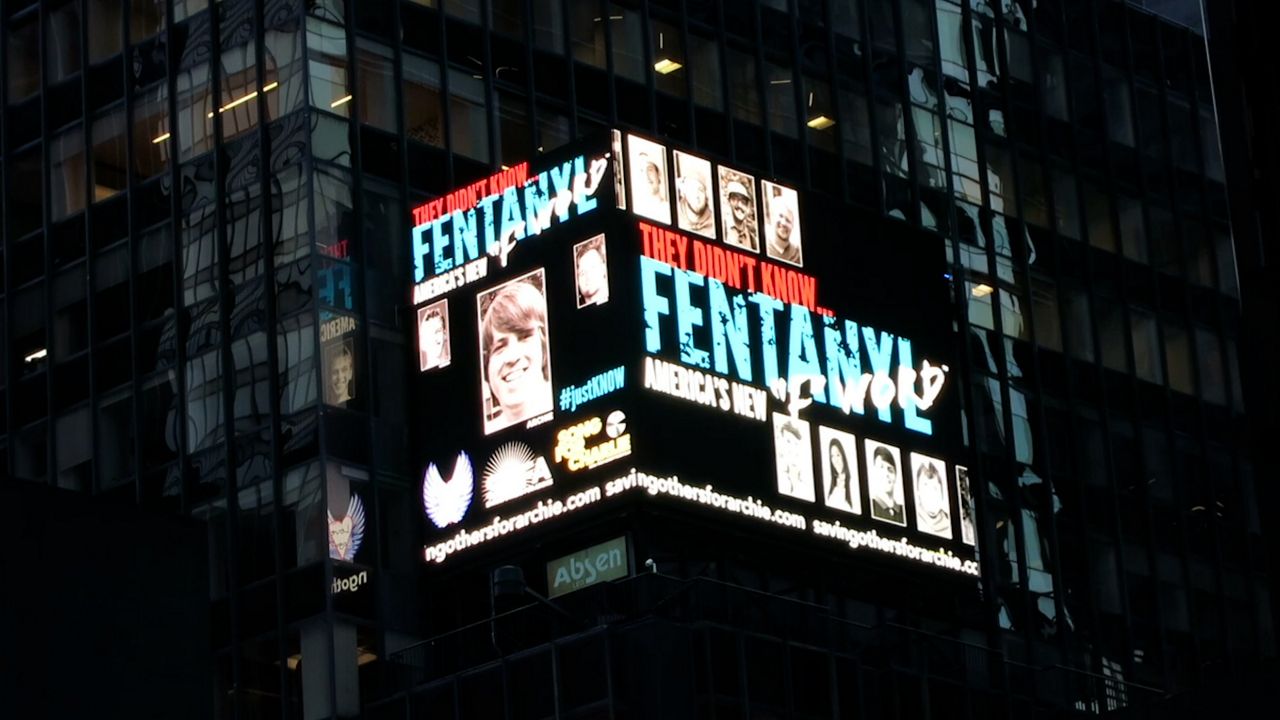 The fentanyl awareness billboard featuring Wisconsin faces is located at Broadway and West 43rd Street in Times Square. (Courtesy of Saving Others for Archie)

Bittersweet is something the Rachwals feel too when they look up and see Logan.

“He modeled for Kohl's when he was little, and you know, this is a way for his face to still do something and make a difference,” Erin Rachwal said.

The billboard in Wisconsin can be seen in different spots each week around Waukesha, Milwaukee, and Washington counties through the end of October.

If you would like to donate to the billboard campaign, you can do so by contributing to either organization:

Saving Others for Archie by clicking here.