LA CROSSE, Wis. — The City of La Crosse is offering well tests to residents downstream of the La Crosse Regional Airport after two municipal wells and several groundwater samples tested for levels of a manmade set of chemicals called Polyfluoroalkyl Substances, or PFAS.

The Wisconsin Department of Natural Resources ordered La Crosse to investigate PFAS contamination near the airport after a municipal well tested for PFAS levels in 2014 and 2016.

An environmental consulting group investigated groundwater near the airport and found PFAS at various levels in the groundwater at five sites. They were all sites PFAS foam was either used or stored.

Because of the presence of PFAS, the City is reaching out to residents in the Town of Campbell downstream of the airport.

“As an effort to learn the extent of this contamination and to work as quickly and as effectively as we can to protect the public's safety, we are offering to test all of those private wells within that neighborhood,” said Tim Kabat, La Crosse's Mayor.

The city plans to send letters to people in the affected neighborhood requesting permission to test the wells. Kabat said it's about 120 to 130 homes. Kabat said that is more than the DNR recommended, but the city wanted to use extra caution.

The city plans to start testing as early as next week. They hope to test all the wells that agree within the month. Test results could take about a month to get back. If a well tests above the DNR suggested action level, the City plans on making bottled water available for those houses.

PFAS are a set of manmade chemicals often found in things like firefighting foam, non-stick pans and wax food wrappings. They can be harmful to human health if consumed at high levels and can cause things like cancer or birth defects. PFAS are often referred to as “forever chemicals” because they do not break down and can stay in water, animal tissue, or the human body for an extremely long period of time. 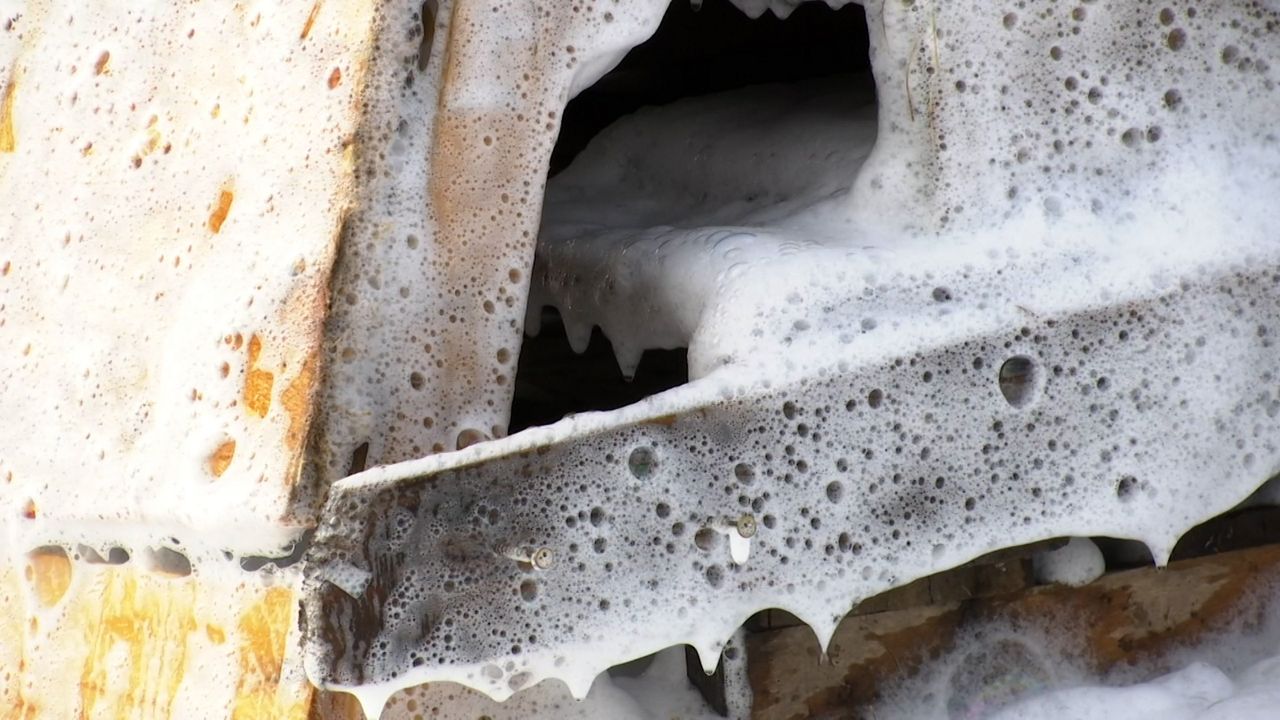 PFAS are often used in firefighting foams and are frequently found present in groundwater near areas where foam has been frequently or heavily used.

Eligible homes for testing are west of First Avenue East in the Island Park addition over to the Black River and then up to the Airport Tower. The city has more information on the testing available online. The City said will be an information session on Oct. 29.

The City said it has removed two municipal wells near the airport from use as a precaution — the wells tested with levels of PFAS, but below the DNR suggested action level. The City is continuing to investigate the area. The OS Group -- the environmental firm hired to investigate the contamination -- said the PFAS levels both upstream and downstream of the Black River along the airport test virtually the same for PFAS levels.

PFAS has been identified around Wisconsin, near airports like in Madison, or in industrial areas in Milwaukee, or near a firefighting foam manufacturer in Marinette.

Starting on September 1, the use of firefighting foam with PFAS in it for training purposes is banned. Some departments, like the Madison Fire Department have made the switch entirely to PFAS-free firefighting foam.