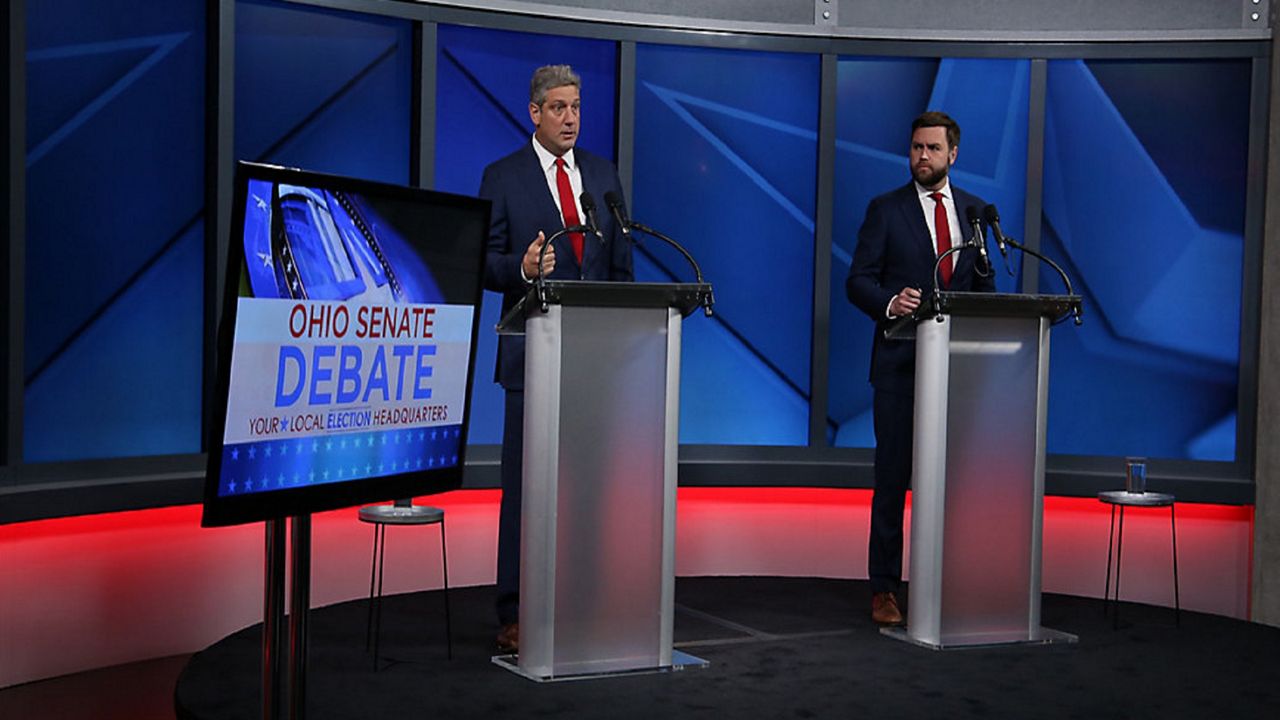 WASHINGTON, D.C. — The Ohio Senate race between Republican JD Vance and Democrat Tim Ryan could not be much closer.

An exclusive Spectrum News/Siena College Poll released Monday shows Ryan and Vance tied at 46%, with a +/-5.1% margin of error. The poll was conducted Oct. 14-19 and surveyed 644 likely voters.

In a Spectrum News/Siena College Poll published last month, Ryan had a slight three-point lead over Vance that fell within the margin of error, meaning the race was statistically tied. The new poll shows Vance has made up some ground.

“Closing the numbers a little bit might be Republicans coming home, and even if he’s not their favorite, he’s the Republican. And that might be it,” said University of Akron political scientist Cherie Strachan.

Strachan told Spectrum News that pollsters are still trying to learn how not to under count voters who were drawn to former President Donald Trump and may also be drawn to Vance.

It’s something Vance brought up while campaigning with Donald Trump Jr. earlier this month.

“This guy’s dad was supposed to lose Ohio to Joe Biden by one point. Of course he won by eight-and-a-half points,” Vance told Spectrum News while standing next to the former president’s son. “If you look at the energy in our crowds, if you look at our own polling, if you look at the direction of the independent polling, I don’t think this race is that close.”

He said it’s a reminder that candidates matter, and Vance has struggled to pitch himself to a general election crowd after winning a brutal Republican primary.

“The state is set up for Republicans right now, and Vance is not polling where Mike DeWine is. There’s a reason for that,” Alexander told Spectrum News.

The Spectrum News/Siena College Poll shows Ryan has lost some ground with independent voters, a key voting block he’ll need a lot of support from. In the new poll, Ryan has support from 45% of independents compared to 40% for Vance. In the previous poll, Ryan earned 47% while Vance earned 35%.

Kyle Kondik, an Ohio native who analyzes elections for the University of Virginia, said because Ohio voters have drifted right in recent years, he expects more independents to break Vance’s way.

“I think a lot of people, myself included, have thought that Tim Ryan has run a really credible race, but that ultimately you’d rather be Vance down the stretch here. I still feel that way,” Kondik told Spectrum News.

“We’ve been to every corner of the state, we’re meeting with every community, and he’s been asleep at the switch. So it’s all paying off now in the last few days,” Ryan told Spectrum News at a recent campaign stop in Columbus.