AKRON, Ohio - The city of Akron and the Akron Police Department released video footage of the fatal shooting of Jayland Walker during a live-streamed press conference Sunday.

Many say the footage has sparked more questions.

Walker, a 25-year-old Black man with no prior offenses, was fatally wounded by police early Monday in south Akron. The shooting took place after Walker led police on a four-minute car chase that was exacerbated when Walker fired a gun at the officers in pursuit, police said.

Officials said the chase ended when Walker, unarmed, got out of his still-moving vehicle in the Bridgestone Americas parking lot and was shot roughly 60 times by the eight officers involved.

The city has placed all eight officers on paid administrative leave while the Ohio Bureau of Criminal Investigation looks into the shooting.

At Sunday's press conference, the city released two versions of that night's events: a narrated version with still shots and zoom shots that began with the pursuit. The second video was body-worn camera footage from one of the officers, beginning with the pursuit and ending with the shooting.

According to police, the altercation started at about 12:30 a.m. on June 27, when officers tried to stop Walker for a traffic violation and an equipment violation in North Akron. Walker did not stop and instead got onto State Route 8 going south.

That’s where the police body-cam footage picks up. The video details a chase that lasts more than four minutes, viewed from the inside of a cruiser looking outward toward the windshield. The officer’s dialogue with the dispatcher can be heard throughout.

About 40 seconds into the footage, police said a shot was fired from the driver’s side of Walker’s vehicle, and during the presser they drew attention to a flash that could be seen outside of the car on the video.

Officers said Walker then got off the highway and drove through the Firestone Park neighborhood. 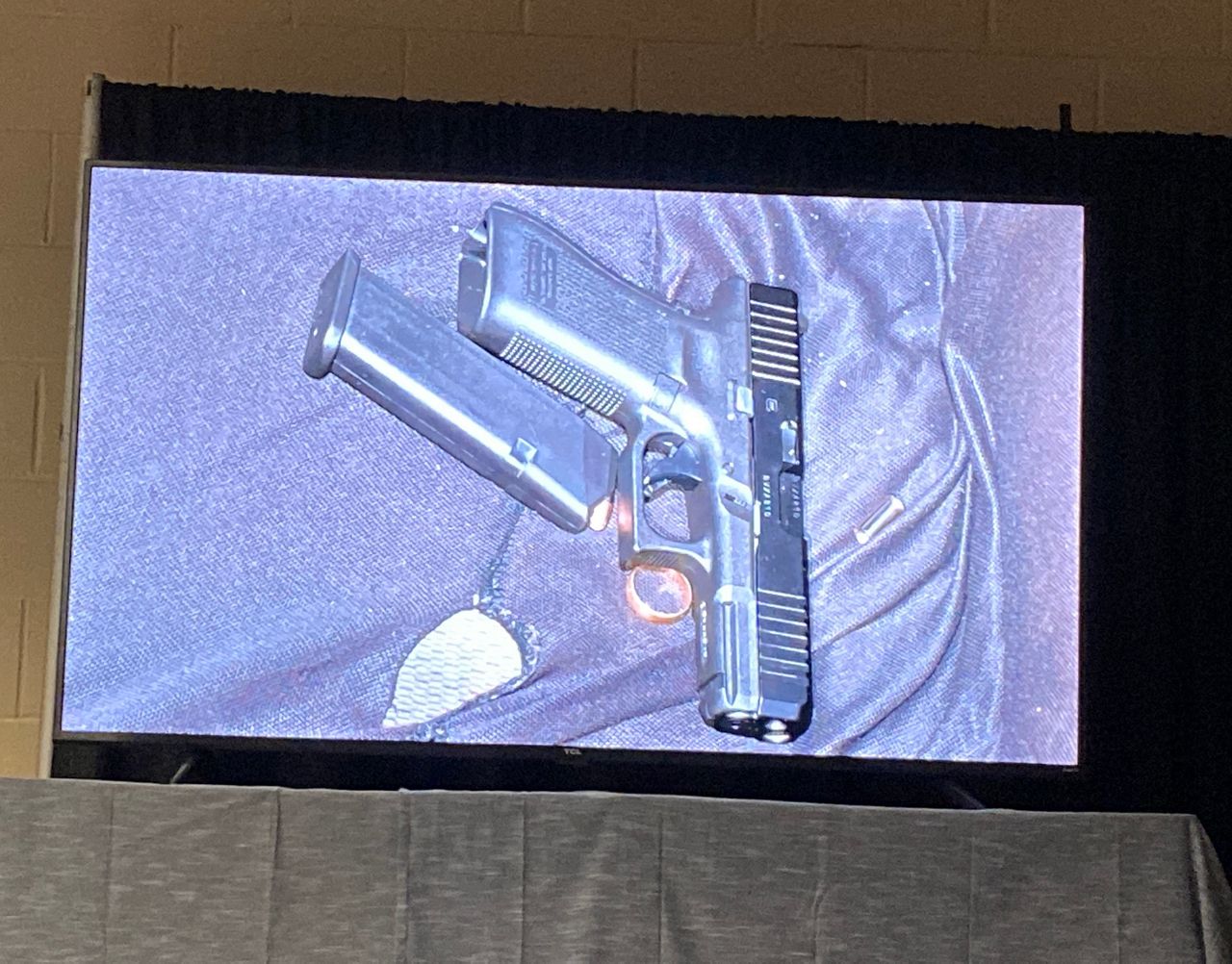 The police found a weapon, a loaded magazine and a gold ring on the seat of Jayland Walker's vehicle. (Photo courtesy of city of Akron)

He slowed at the intersection of East Wilbeth Road and Clairmont Street and got out on the passenger side of the car, while it was still moving, wearing a ski mask, the video shows.

Walker was then chased on foot to the Bridgestone Americas Technology Center Parking lot, where Tazers were deployed, but he kept running, police said. The video shows Walker turning to face officers and then police firing at him.

The footage has been shared widely via social media since the press conference, with viewers commenting they have many questions.

Among them is the significance of the gold wedding band found on Walker’s car seat next to his weapon and a loaded magazine, which is shown in a still shot in the first video.

Walker’s fiancé, Jaymeisha Beasley, was killed in a hit-and-run car accident outside Cincinnati last month. But Walker family attorney Bobby DiCello said in an interview following the press conference that following her death, Walker had exhibited no unusual behavior that might have motivated his actions the night he was killed.

“He was sad, but he was getting through it,” Di Cello said.

It is not known why Walker was wearing a ski mask when he exited the car. DiCello called Walker’s actions “bizarre” but said police should be used to encountering bizarre behavior.

Akron Police Chief Steve Mylett said still shots from body-cam video showed Walker assuming a position that appeared to be a shooting stance when he was fired upon.

Mylett said he has not spoken to the officers involved since the event, which is proper protocol in a deadly force incident. 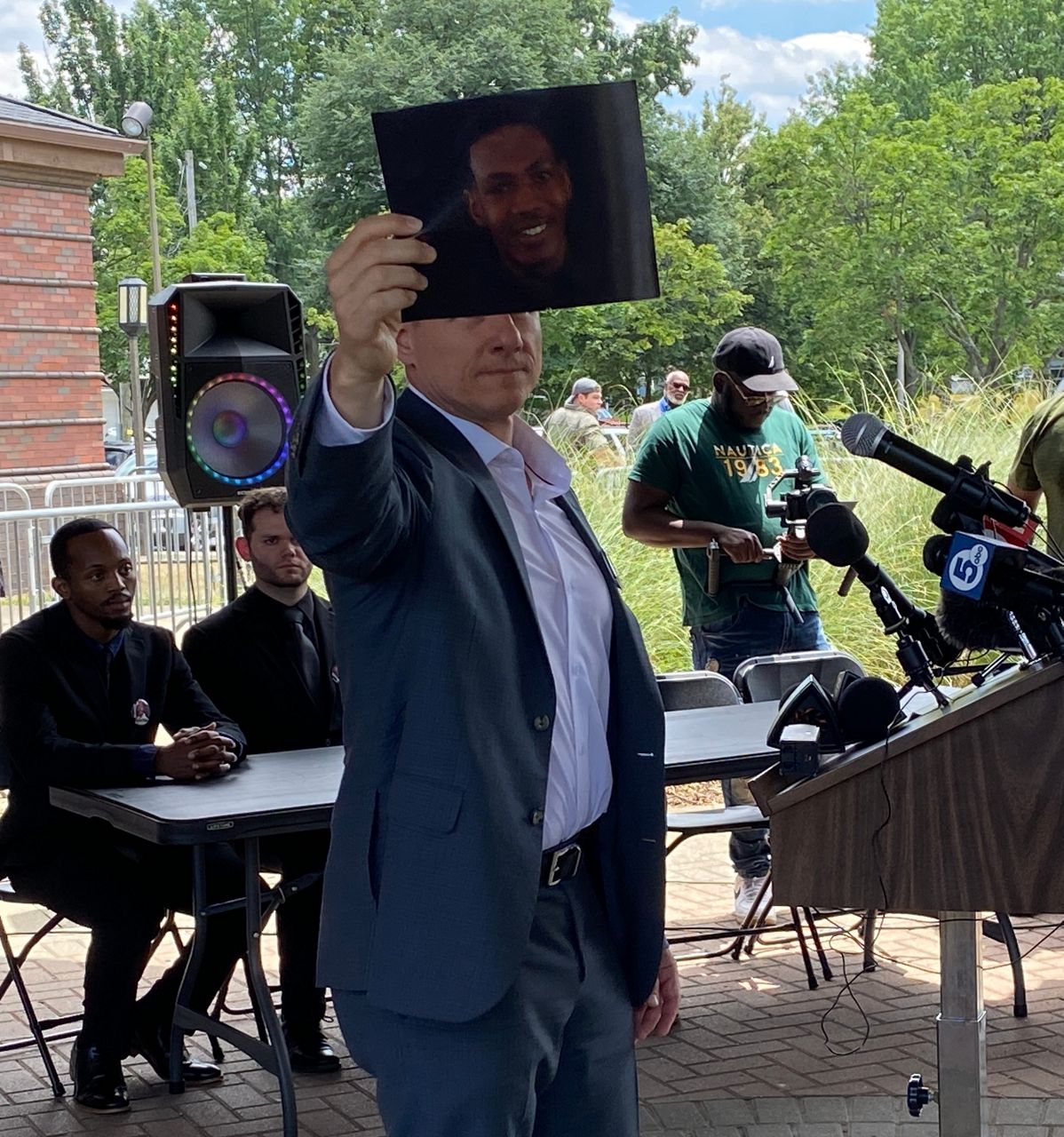 At a press conference, attorney Bobby DiCello said Jayland Walker had not been behaving strangely in the days before the incident. (Jennifer Conn/Spectrum News)

Officials said they expect many of these questions to be answered once the independent investigation is complete.

Some answers could also come when the city releases footage from all eight officers’ body cameras, which Akron Police Lieutenant Michael Miller said will be soon. The city also plans to release video from the five officers who were on the scene but didn’t fire their weapons.

Horrigan, who said he also has many questions, warned that the investigation will take time.

“I am urging all of our residents, please reserve your full judgment until the investigation is complete,” he said. “You’ll have to do one of the most difficult things that I can ever ask somebody to do. And that is to please be patient and let the Attorney General do their work.”

Marco Sommerville, deputy mayor for intergovernmental affairs and a senior advisor to the mayor, said Akron has taken steps over the years to strengthen the relationship between police and the community.

He pointed to the city hiring an independent police auditor, outfitting police with body-worn cameras and passing legislation to release police body-worn camera footage in a timely way.

He also referred to the mayor and Mylett asking for an outside investigation of the deadly shooting “huge.”

“This is definitely not business as usual,” Sommerville said. “This move for this investigation to have an outside entity ensures that it will be the fairest, most unbiased review of the facts. And that's the right decision at the right time.”

“You have asked for peace in an environment that is ripe for aggression and violence,” Mylett said. “You have asked for trust and let this process move forward. If Jayland reflects the character of this family, which I continually heard that he did, you raised a good son, and again, my deepest condolences and sympathies.”

Demonstrations took place Sunday throughout the city, with more planned over the coming days. 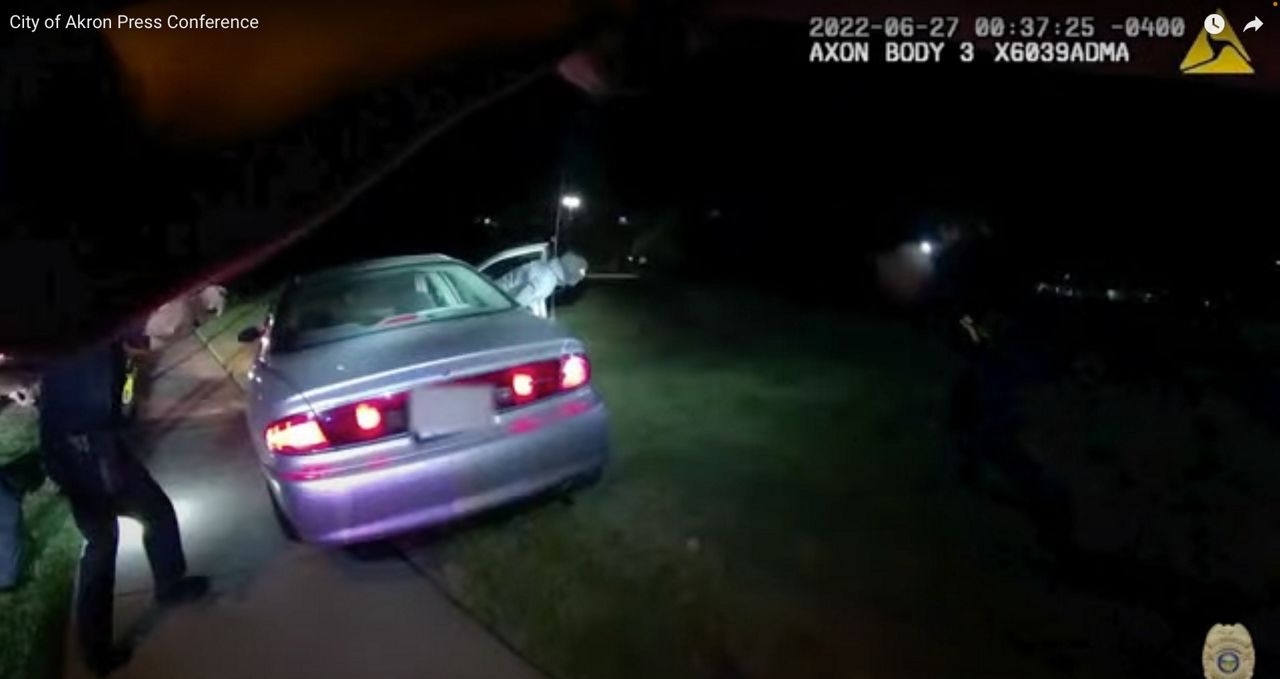