CUYAHOGA FALLS, Ohio — The idea for a Spring Sustainability Expo was sparked by a new course that's growing in popularity at Cuyahoga Falls High School. The inaugural expo is set for Saturday, May 14 from 9 a.m. to 1 p.m. at the Cuyahoga Falls Natatorium.

During the expo, organizations from around the region will showcase sustainable practices, with the hope expo attendees will be inspired to implement some of those practices at home, said Bryce Pulley, the city’s public utilities and community outreach coordinator. The expo is also a platform to connect the community with what’s happening in the schools.

To that end, Falls High students will be on hand to distribute vegetable-garden starter kits they grew as part of a new course in sustainability, said Social Studies Instructor Steve McIntosh.

The kits include seeds and well-established beefsteak tomatoes and bell peppers grown by students enrolled in the new “intro to urban agriculture” class McIntosh teaches. 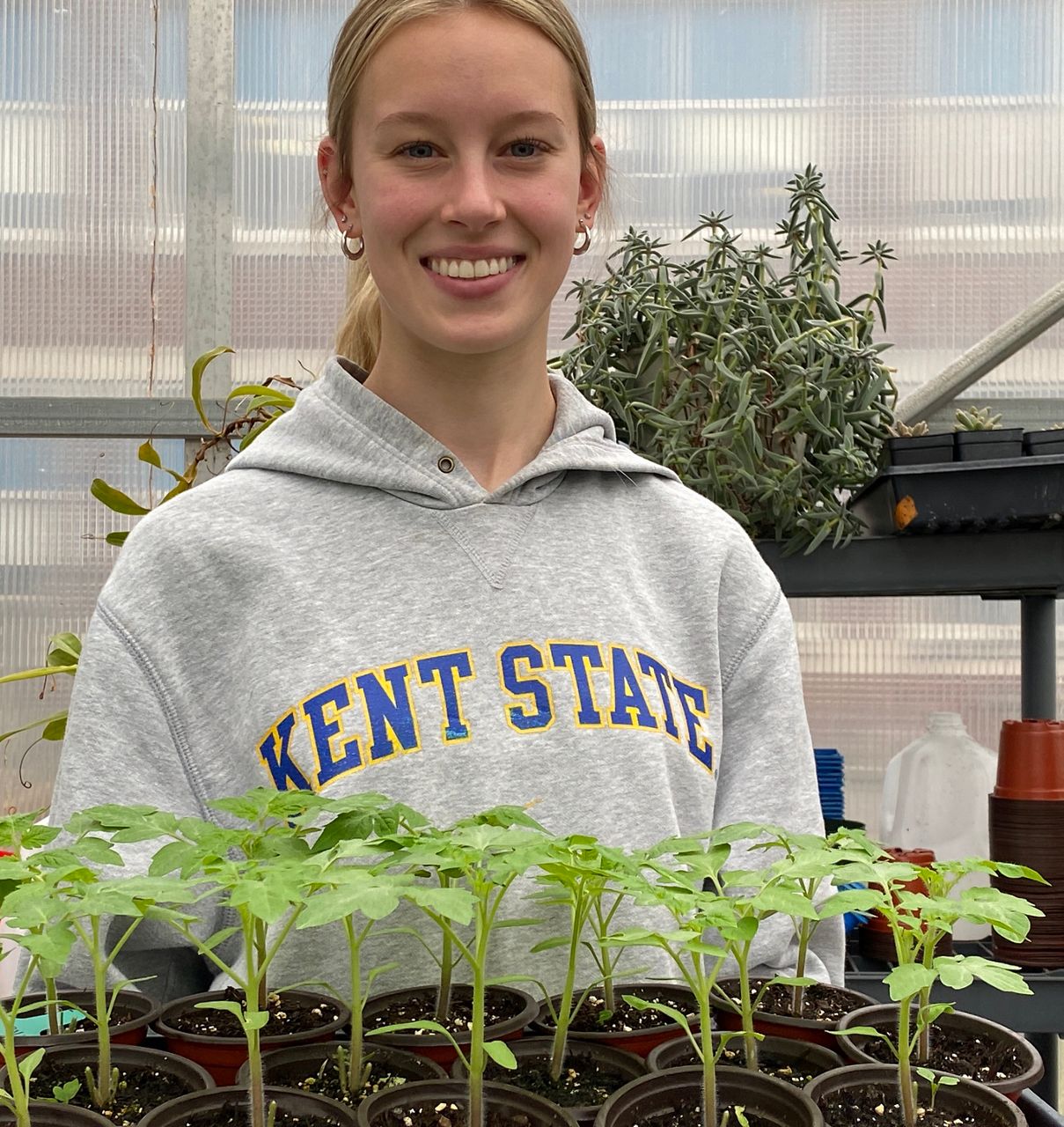 Much of the classwork happens in the greenhouse behind the school, and in the nearby large garden and raised garden beds, which collectively are known as the Cuyahoga Falls Fresh Farm. The green spaces enable students to gain hands-on experience in urban food production throughout the school year.

“The students will be able to talk to [expo attendees] about an urban garden and the work that goes into it and share what they’ve learned over the past year,” McIntosh said. About 40 students will participate in the expo.

So far, the class has grown and donated 3,600 pounds of produce to Good Neighbors, said Olivia Smith, who is in her senior year.

“It was super cool because I always wanted to be part of the garden,” Smith said. “So I signed up for it and I’ve really fallen in love with the idea behind it and the sustainability factor.”

The class has become a springboard for the environmental science degree she plans to pursue at Mount Union University, she said.

The work of the urban agriculture class also sparked the idea for the Sustainability Expo, said Mayor Don Walters. And it made sense to educate residents about sustainable practices, too. 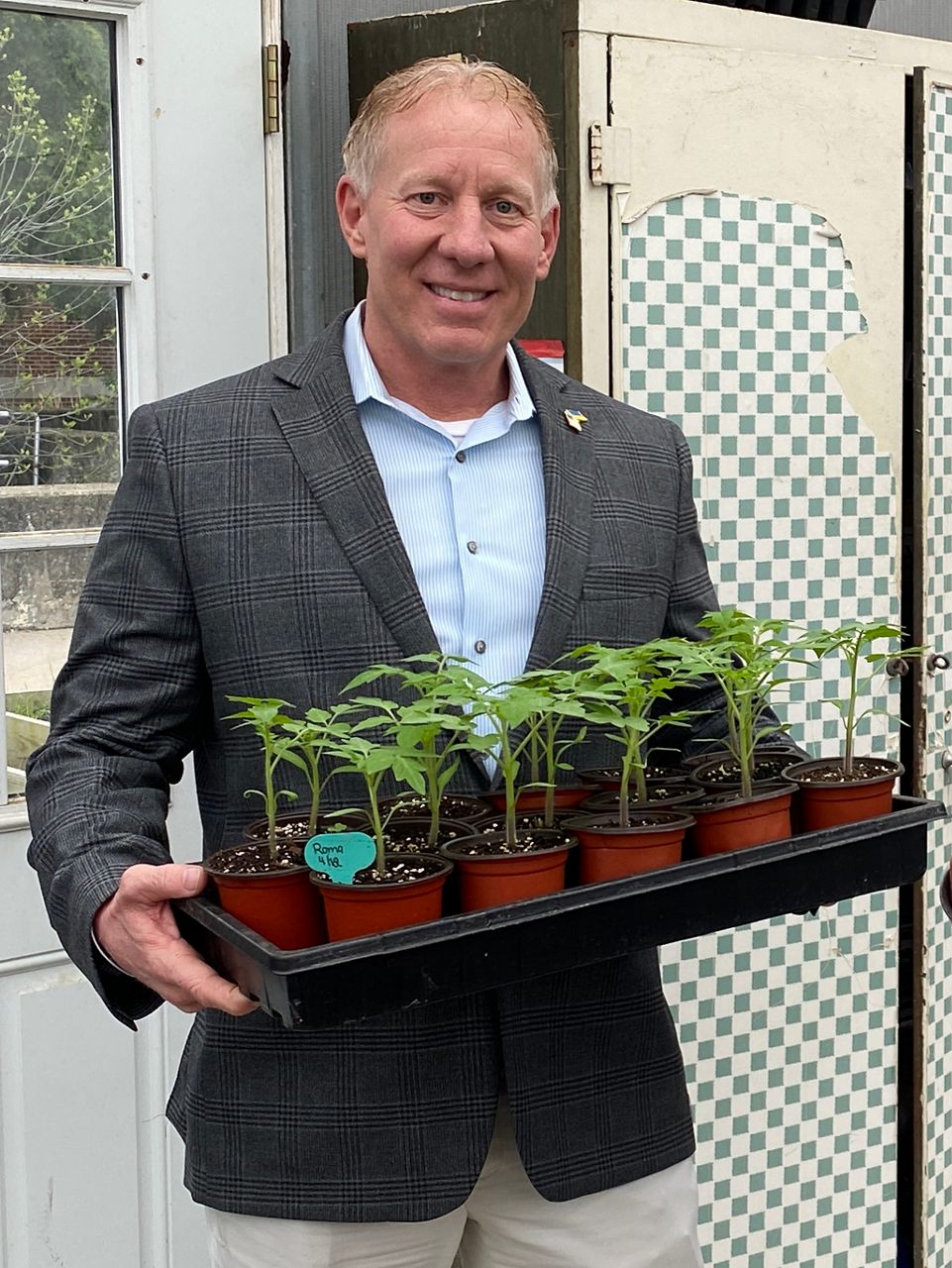 “It’s as simple as what items you should recycle and not recycle in our carts. We struggle with that quite a bit in the education piece,” he said. “But also, as far as not bagging your grass or composting or all the things that you can do really on your own property to help the environment. There’s so much.”

The city already works to educate residents about the proper use of herbicides, pesticides and lawn fertilizers, Walters said.

“As a city, we're always trying to be forward thinking as well,” Walters said.

In April, the city launched River City Cleanups around the Cuyahoga River, which cuts through the city’s downtown. The cleanups involve an increasing number of residents because of incentives offered by local businesses, Pulley said.

It’s an initiative he sees growing and, like the sustainability expo, becoming an educational anchor in the community by showcasing multiple organization during each cleanup event, he said.

The city also has launched a plan to plant clover along the medians on Broad Boulevard, which runs more than 20 blocks through the heart of the city. The city chose a species of clover that should be salt and drought tolerant, and will serve as a pollinator plant during the growing season, Walters said. It also won’t need mowed.

“You might see clover all the way from Front Street to State Road, he said. Volunteers also recently planted milkweed, the only plants the monarch eat, in three city parks.