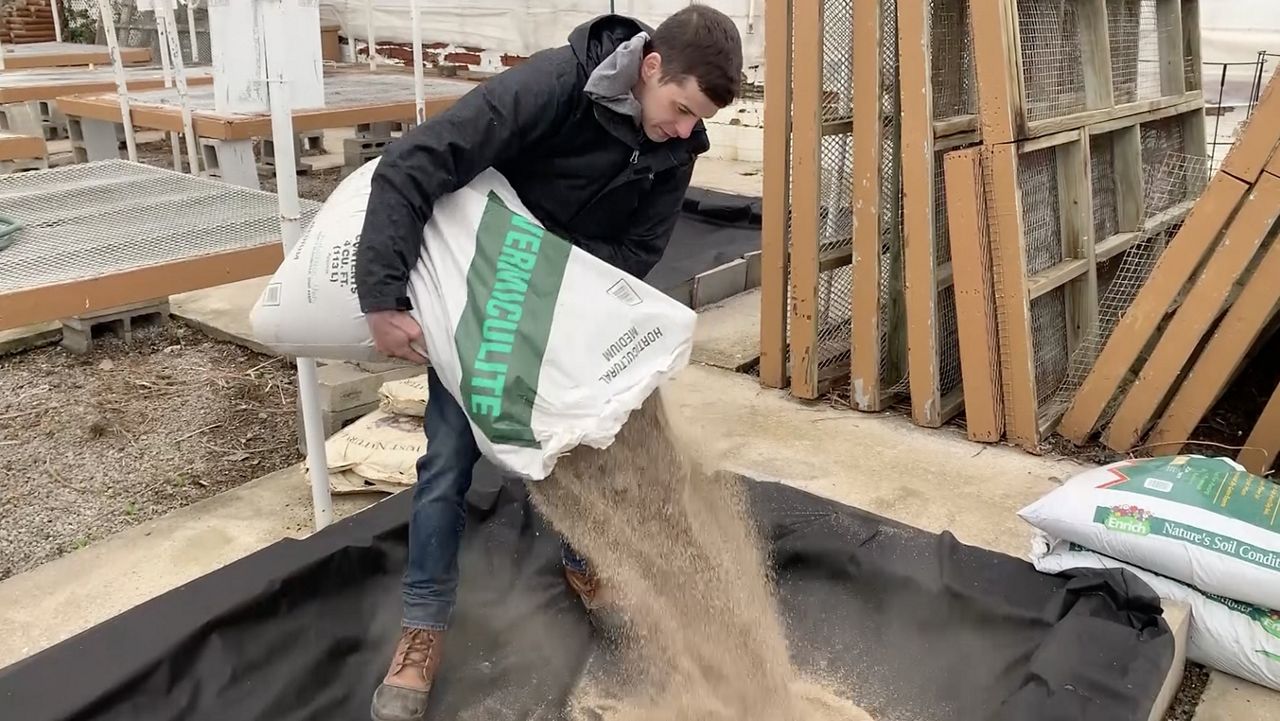 Ben Myers sets up a new bed for his crops at Urban Harvest. (Camri Nelson/Spectrum News 1)

New urban farm offers crops from all across the world

CINCINNATI — In just a couple of weeks, farmers’ markets across the state will set up shop for spring. But one in southwest Ohio will look a little different from the others, bringing the community food that usually wouldn’t be found in the Buckeye State.

Ben Myers is the owner of Urban Harvest, a year-round urban farm on the Westside of Cincinnati. It’s a for-profit business to help put an end to food insecurity.

“Last year, I was thinking I need to do something I love and you know it’s a need now too,” he said.

For a month, he’s prepared everything for his new business. He’s put in countless hours setting up the half-acre of land inside the greenhouse.

It isn’t a typical farmers’ market in Ohio where familiar crops like soybeans, corn and tomatoes are found. At Urban Harvest, people may find more than 300 different fruits and vegetables from all over the world. There will be more than 70 varieties of tomatoes, peppers and more.

“You’re going to find stuff that you’ve not going to see anywhere else and you’re going to have it fresh which is the biggest difference too,” he said.

Myers uses small grow bags to create more diverse crops, because they help the roots to grow healthier and decrease the risk of transplant shock. He said offering these crops to the community is something that will set him apart from the others.

He hopes it will not only give people who came from other countries a sense of comfort and taste of home, but also help encourage others to try new things.

“That’s a part of the point, too. Just the sharing of culture is what I wanted to do by having all these varieties,” he said.

Myers looks to do a soft opening in the next month. He’s grateful to get help from the community who will help grow his business. In the end, he hopes to pour into his community to educate people about urban farming and show how you, too, can start a farm of your own.

“The response from the Westside community is tremendous and they love the idea, the concept,” he said. “They’re excited and sharing it all over social media.”