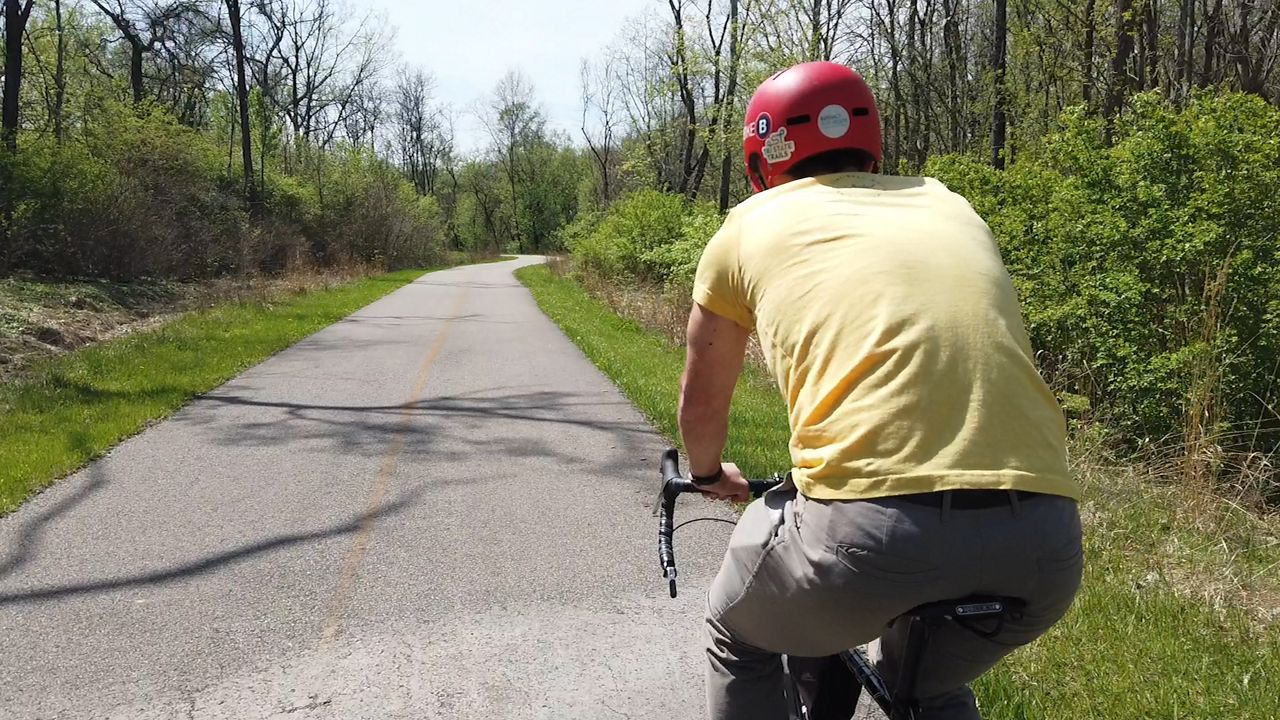 CINCINNATI — It’s been 20 years in the making, and now, the Little Miami Scenic Trail in southwest Ohio will be connected to downtown Cincinnati. It’s the missing link of a trail connecting Cincinnati all the way to Cleveland.

Wade Johnston, a commuter cyclist in the area, saidthis extension will make his trip a whole lot safer.


​​It’s all about safety for Johnston, which is why he avoids some roads on his bike.

“It is quite treacherous to cross over the Beechmont levee,” Johnston said.

But Johnston enjoys riding to work, and has commuted since his days at the University of Cincinnati.

“It was kind of a part of my lifestyle at that point," he said. "I find it to be easy and a great way to sneak in a workout and just live a healthier lifestyle.”

“I saw this job as an opportunity to really positively impact our community by helping communities invest in becoming more walkable and more bike-able and really reconnecting the neighborhoods in Greater Cincinnati," he said.

However, if he wants to ride from his house to his job, it’s necessary to take some busier roads.

“If I were to take the most direct route, it’s about six miles and would require crossing the Beechmont Levee and riding along Red Bank Expressway which is not a very fun or really safe bike ride," he said.

It won’t be like that for much longer. The Beechmont Bridge extension means a connection to several trails, including one that will connect to downtown Cincinnati, and a much safer way for cyclists to get on the Little Miami Scenic trail.

“This trail connection is going to be huge because the Little Miami trail, which we’re on now is the southern end of the 326-mile Ohio to Erie trail which goes all the way to Cleveland," Johnston said.

While Johnston has to get off his bike to see where the extension will be, the construction now means it’s worth the wait.

"This is a huge piece of that connection linking up the Little Miami trail to Lunken airport and the Ohio River trail," he said.

Johnston will have to wait until next fall for the nearly $8 million project to be completed.