CINCINNATI – Cincinnati’s newly elected leaders at City Hall have only been on the job since Wednesday, but local leaders aren’t waiting to weigh in about their expectations for this new term.


​The group consists of nine Democrats and one Republican, Council Member Liz Keating. All have spoken about their willingness to work together at City Hall and many, including Keating, often campaigned together.

During the inauguration Tuesday at Washington Park, the 10 newly sworn-in officials spoke about common themes of hope, promise and the city’s untapped potential.

When he addressed the crowd at the park, Pureval reflected on what this moment would mean to his late father, a refugee from Punjab, India.

“He was barely an adult when he and my mother, a refugee from Tibet, made the impossibly courageous decision to leave everything behind in search of a better life,” Pureval said. He's the first Asian-American mayor of any major Midwestern city. 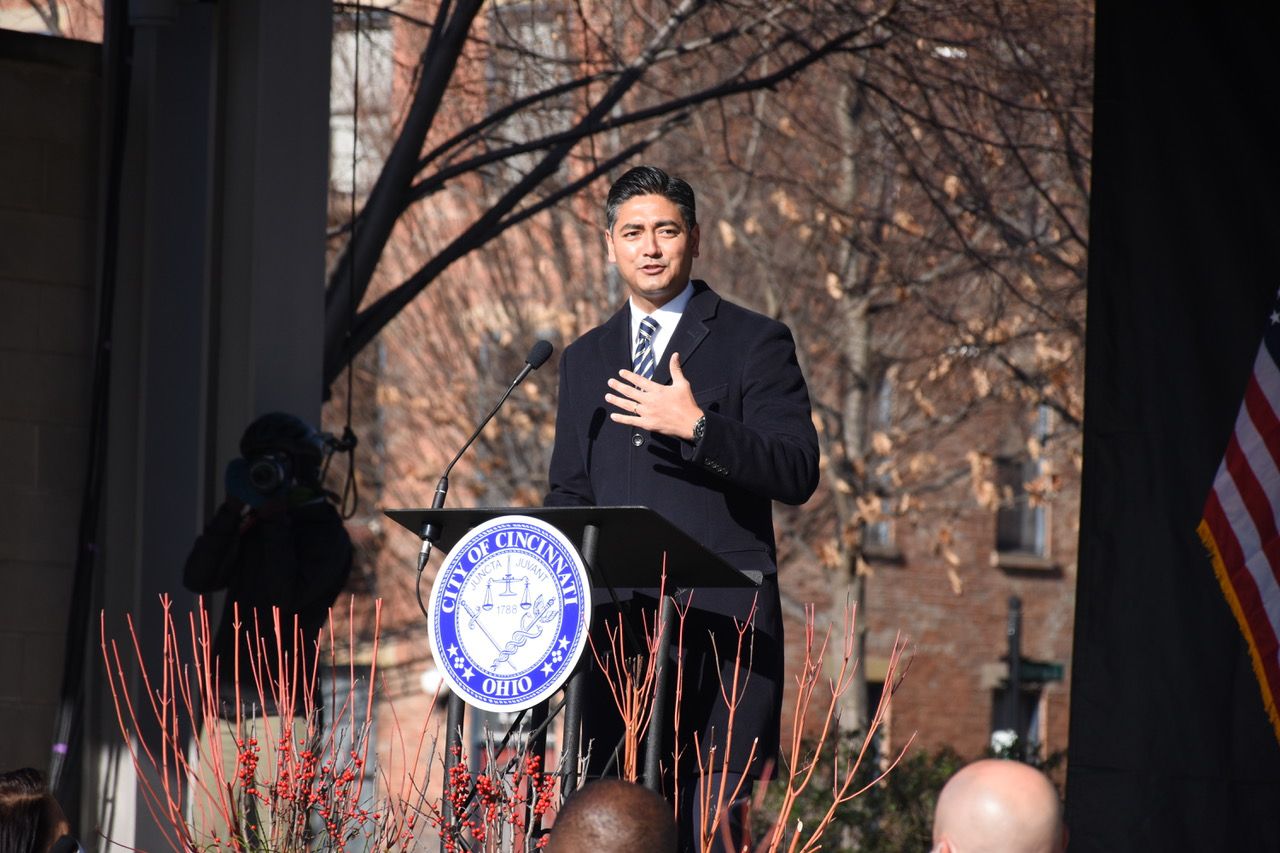 “I doubt my father could have imagined a day like today. But he moved his young family here because he was chasing a dream. And he was right,” Pureval added. “Of course he was right, because Cincinnati is where I achieved my dream.. (it) can be – it has to be – a place where anyone can achieve theirs. And it’s up to all of us who have felt the benefits of Cincinnati’s greatness to carry it forward and be good stewards of our exercise in self-government.”

The message resonated with Bryan Wright, executive director of Cincinnati Compass. The organization works to advance economic and cultural inclusion of immigrants and refugees, and was founded as a collaboration between city of Cincinnati, the University of Cincinnati and more than 65 other community partners.

“As a child of refugees who grew up in Ohio to become mayor of Cincinnati, (Pureval’s) journey demonstrates the power and necessity of welcoming immigrants and refugees to the Cincinnati region,” Wright said.

“We look forward to working with Mayor Pureval and this administration to ensure all immigrants and refugees coming to the Cincinnati region feel a sense of belonging and have opportunities to continue to enhance the overall cultural vibrancy and economic growth of the Cincinnati region,” he said.

On the campaign trail, Pureval spoke often about the importance of developing policies with an emphasis on racial equity. He’s promised to work to create more opportunities for those who’ve traditionally been denied opportunities, or been disenfranchised.

Those sentiments have been shared by several members of the new leadership team, including Council Member Jan-Michele Lemon Kearney, the city’s new vice mayor.

"My vision is for Cincinnati to be a tale of one city, not of two cities,” Lemon Kearney said. Referring to major disparities in life-expectancy rates among Cincinnati’s neighborhoods, she added, “That's a tale of equity. It means that a zip code does not determine our opportunities or our lifespan.” 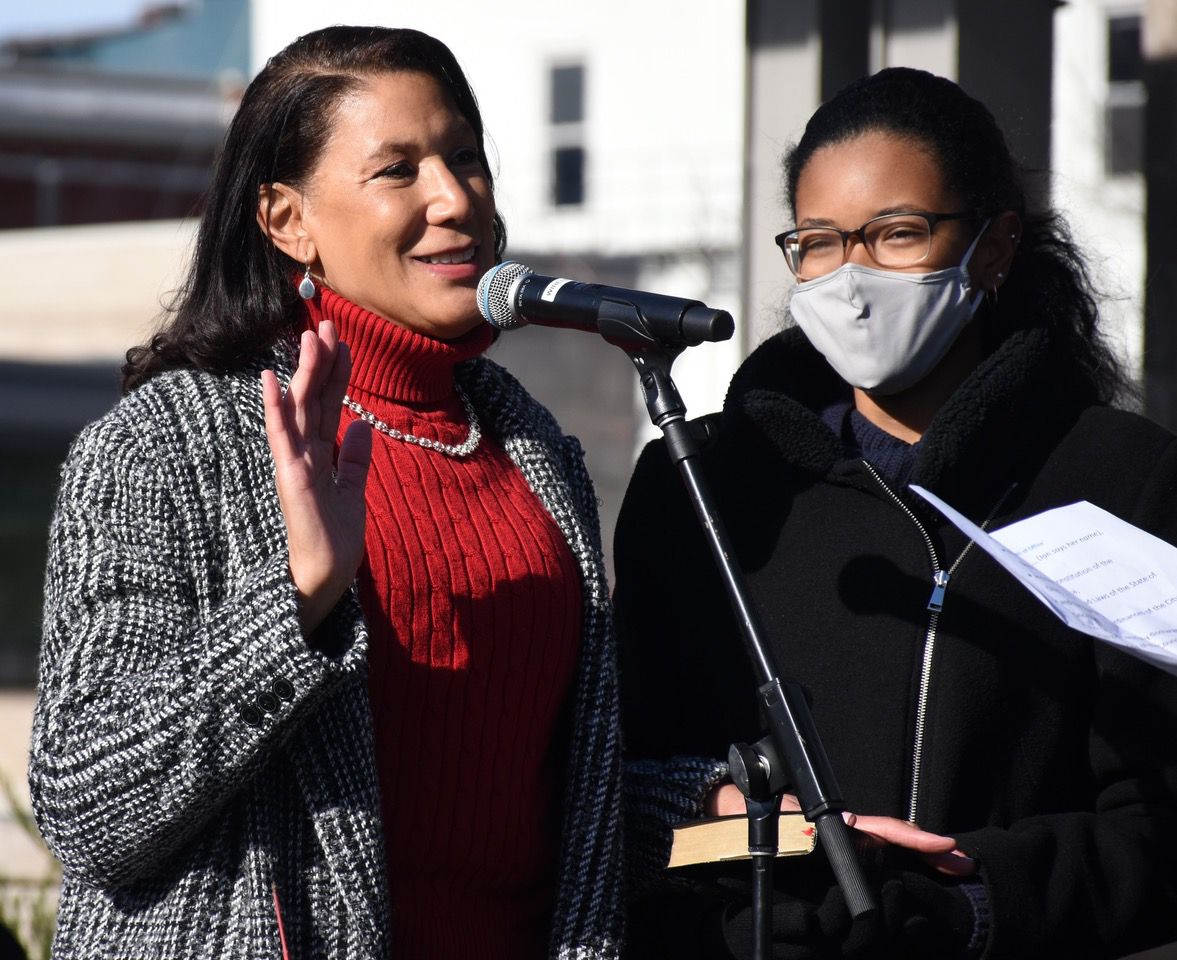 Katie Eagan, vice president of government affairs for the Cincinnati USA Regional Chamber of Commerce, called the inauguration an “exciting day” and “new era” for the city. The chamber has already had positive conversations with Pureval, his transition team and members of City Council, she said.

“We are energized by their enthusiasm to get to work to bring equitable growth,” Eagan added. “The Chamber looks forward to partnering with the city administration and council to advance the business interests of our members and make Cincinnati a place for economic opportunity for all.”

The Urban League of Greater Southwestern Ohio is going through a transition of its own. In late December, the Urban League’s president and CEO, Eddie Koen, announced he would resign Jan. 14 to take a position with a national nonprofit organization.

Over the past two years, the league has worked to help thousands of people get COVID-related financial assistance, fought for social justice and racial equity, and helped people find new business opportunities.

Koen also has spoken with the city’s new elected leadership, and is encouraged by their “vision for a thriving Cincinnati.”

“This new group represents an opportunity to transform Cincinnati, build upon the great initiatives in the past, and boldly enact new policies and initiatives,” Koen said. “We look forward to being a partner with the mayor and City Council, both in action and accountability, to promote a more equitable Cincinnati."

Kevin Finn, president and CEO of Strategies to End Homelessness, said a lack of affordable housing is the most pressing problem facing Cincinnati and other communities across the country.

Housing is considered affordable if it costs no more than 30% of a family’s monthly income.

In 2017, Xavier University’s Community Building Institute released a report that indicated Hamilton County was short more than 40,000 homes affordable to households with incomes at or below 30% of the area median income, or roughly minimum wage. About 28,000 of those were in the city of Cincinnati, according to the organization Cincinnati Action for Housing Now.

The group led the charge for Issue 3, a failed charter amendment last spring that would have required the city to designate at least $50 million a year for affordable housing. But voters overwhelmingly rejected the issue, with 73% voting against it.

Finn said he’s “very encouraged by the fact that several of the new members of council and the new mayor, express a desire to address affordable housing issues.” 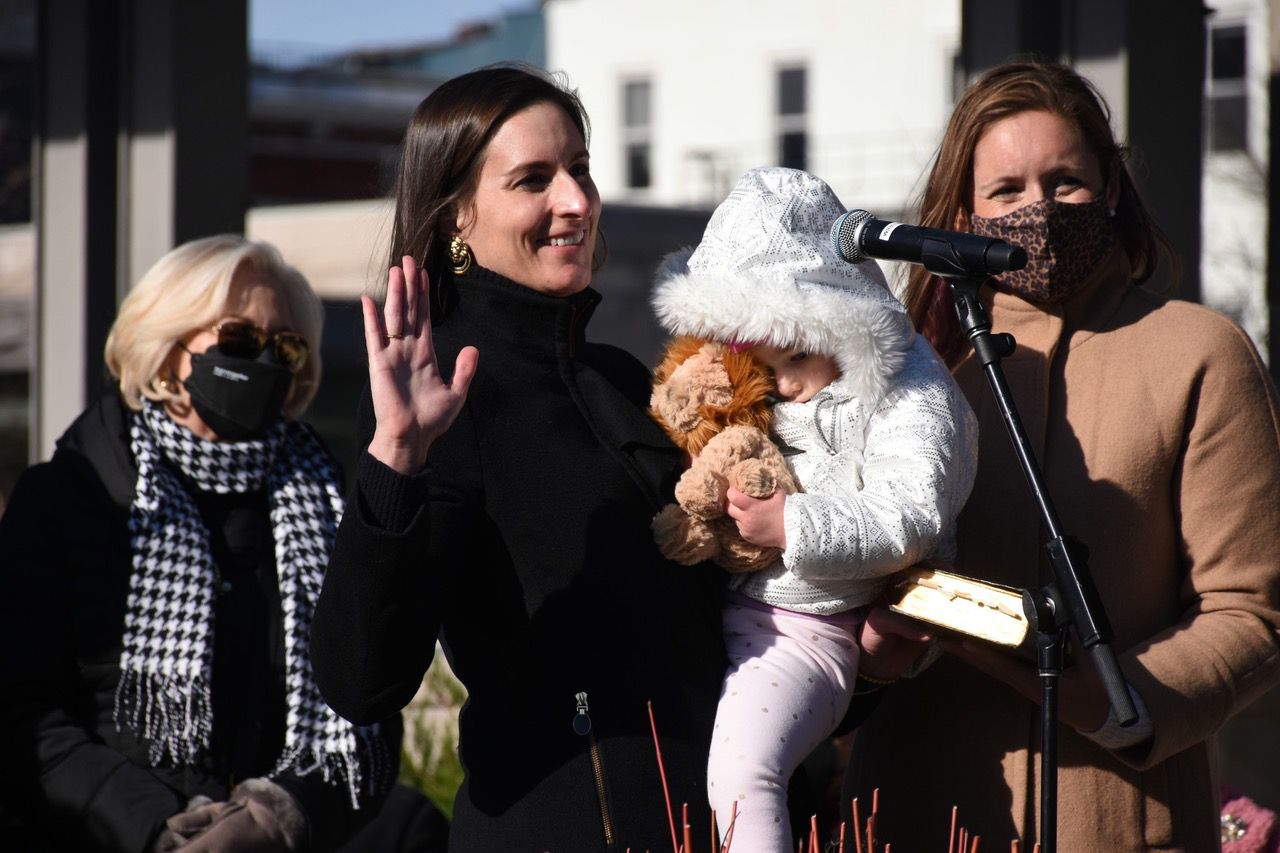 “We are confident that we will be able to do real good work on behalf of those we serve with these new leaders,” he said. “Our priorities heading into 2022 are affordable housing, workforce issues as they relate to our sector, and an increase in local funding for human services.”

ArtsWave funds more than 150 projects and cultural organizations each year. They’re currently partnering with the city of Cincinnati on a grant that will support the creation of original artwork that will wrap the exterior of a Cincinnati Bell Connector streetcar.

The ongoing uncertainty related to the pandemic has affected artists and arts organizations perhaps more so than any other local industry, according to Alecia Kintner, CEO and president of ArtsWave.

“Recent assistance by the local government, in collaboration with ArtsWave, has been critical to sustaining the cultural treasures that make Cincinnati vibrant and unique,” Kintner said. She hopes to work with city leadership to “make certain that investment in the arts is a central strategy for bringing our diverse community together and growing opportunity for all.”

Some are more cautious with expectations for this new City Council. That includes Joshua Burton, a Republican political consultant with RedHouse Strategies.

“With a new council and mayor, Cincinnati needs adults in the room who are ready to solve problems and make tough choices, not just score political points,” said Burton, who lives near Eden Park.

City Hall has been plagued by scandals in recent years, Burton said, and Cincinnati needs a council committed to focusing on local problems and “not the councilmember’s aspirations for higher political office.”

Local Republicans have frequently criticized Democratic officials who view City Council as a stepping stone to higher office in Columbus, or Washington, D.C.

“This council will need to learn to use community-oriented solutions and not ‘one-size fits all’ solutions,” Burton said. “The focus for the council should be balancing the budget and challenges facing all 52 unique neighborhoods, (such as) bettering our transportation, pedestrian safety, ensuring our neighbors are safe and all thrive, not just Over-the-Rhine and downtown.”

“My hope is that national politics don't trickle down into meaningless resolutions, but produce fruitful legislation that positively impacts each citizen,” he added.