Even at his popular, upscale dining establishments – Mita's in downtown Cincinnati and the eponymous Salazar in Over-the-Rhine – the profits aren't huge, which is common in the restaurant industry. But recent supply chain issues are becoming a no-win situation.

There are similar price hikes for cleaning supplies, paper products and other food items his restaurants need. 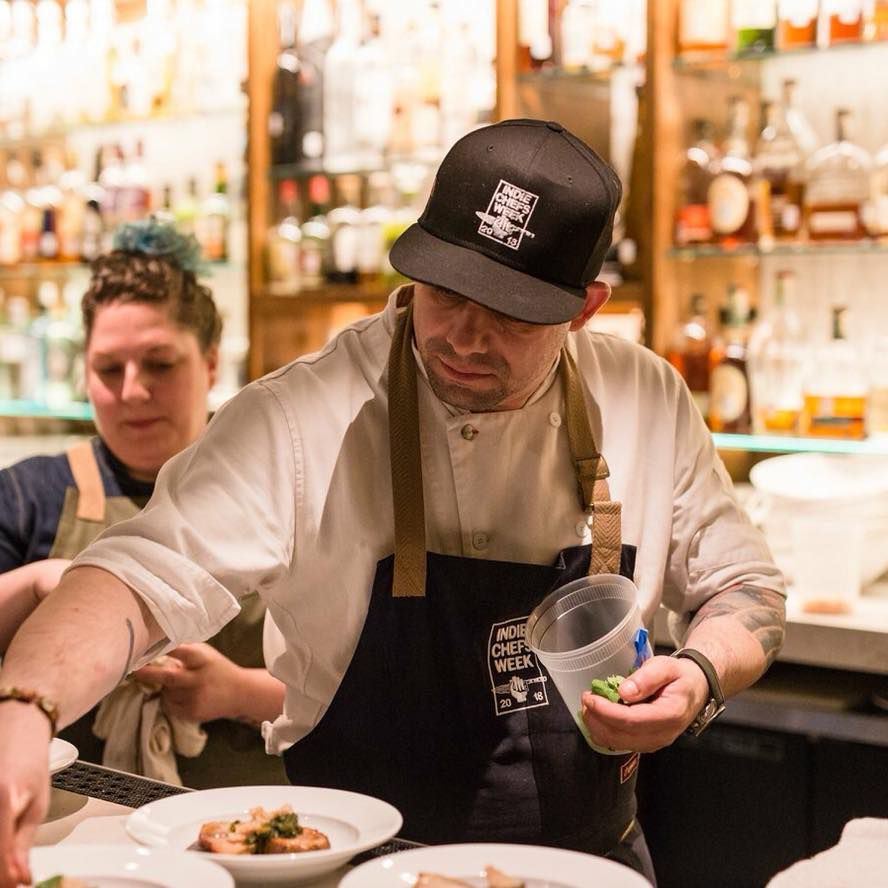 Chef Jose Salazar finishes off a dish prepared at one of his restaurants. (Provided: Salazar)

"Everything is still really high. Beef and seafood prices are astronomical — crab, lobster, brisket, ribeye, just to name a few," Salazar said. "That’s even if you can get your hands on some of those things."

Those numbers are no exaggeration.

Wholesale food prices continued to rise sharply in September, according to preliminary data from the Bureau of Labor Statistics. The Producer Price Index for All Foods – which represents the change in average prices paid to domestic producers for their output – increased 2% between August and September.

A combination of labor shortages and supply chain issues are being blamed. Salazar doesn’t see the situation changing anytime soon.

“COVID was the most challenging thing that ever happened to us, and just when we thought we were coming through it, we were hit with an extreme labor shortage and the increased cost of goods,” he said.

Salazar referred to it as a “triple blow.”

“Our industry is full of resourceful, smart and creative people, who often find a way to persevere even when it seems impossible," he said. "And so that’s what we’ve been doing — holding on by a thread, just hoping for better days."

Salazar decided to speak out about the issues to raise awareness among diners.

“I was certain that most people weren’t aware of the increases restaurants and other small businesses have had to absorb," he explained. "It was very evident in the responses to my post that people really didn’t know just how bad it is."

And the situation is dire, Salazar added. The restaurant business has always operated on slim margins – “I mean razor thin” – and the increases are making it impossible to make a profit, he said. 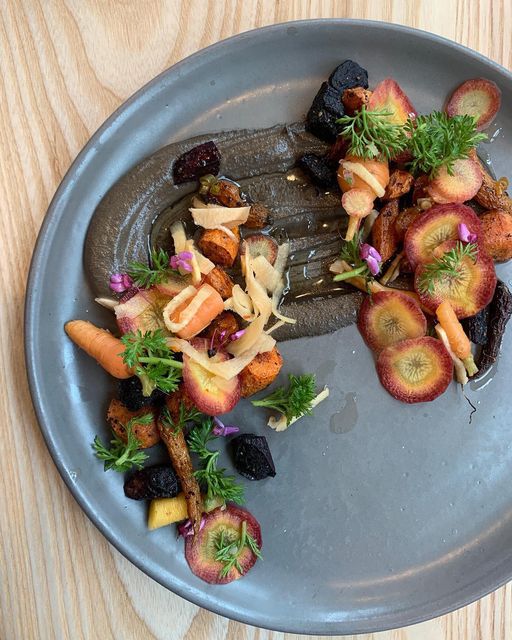 Salazar recently removed wagyu steak from the menu of his other downtown eatery, Goose and Elder, because of the increase in beef prices. His restaurants will likely eliminate duck legs from their menus for cost reasons, as well as limited product availability. He said it's been "very difficult" to source products the past few weeks.

Salazar is also scaling back his use of seafood across the board.

“We are accustomed to certain items increasing from time to time. For example, I remember the cost of limes doubled, then tripled, a few years back,” he said. “Of course, that was a challenge, but it was only one item out of many, and the high cost only lasted a few weeks.”

Salazar estimated the majority of products his restaurants use has increased anywhere from 25% to "three times the cost," he said.

Chef Christian Gill is feeling similar pains at both of his restaurants. He is the chef and owner of Boomtown Biscuits and Whiskey in Pendleton. He opened a second location in Union, Ky., about four months ago.

Restaurant owners are doing whatever they can to limit costs. In some instances, it means streamlining menus and removing expensive or hard-to-find items.

"As much as I want to diversify the menu at both locations to keep it fresh, relying on the staples and icons that have been there since day one is where we are headed,” Gill said.

Some food suppliers are putting restaurants on an ordering freeze to shore up their accounts.

“We have seen a dwindling supply of things, like coconut milk, which we need for the shrimp and grits, and other goods that end up on rotations from different vendors based on their supply,” Gill said.

As a resullt of limited availability from traditional restaurant suppliers, Gill often finds himself relying on local markets and big box stores to buy bulk goods at a significant price increase from what he’s used to paying.

"There is not a clear end in sight,” Gill said. "Winter is coming and it will be a rough one."

Madonna's Bar and Grill is a longtime downtown Cincinnati tavern that caters to lunchtime crowds and late-night diners looking for a bite to eat after a show or bar-hopping. 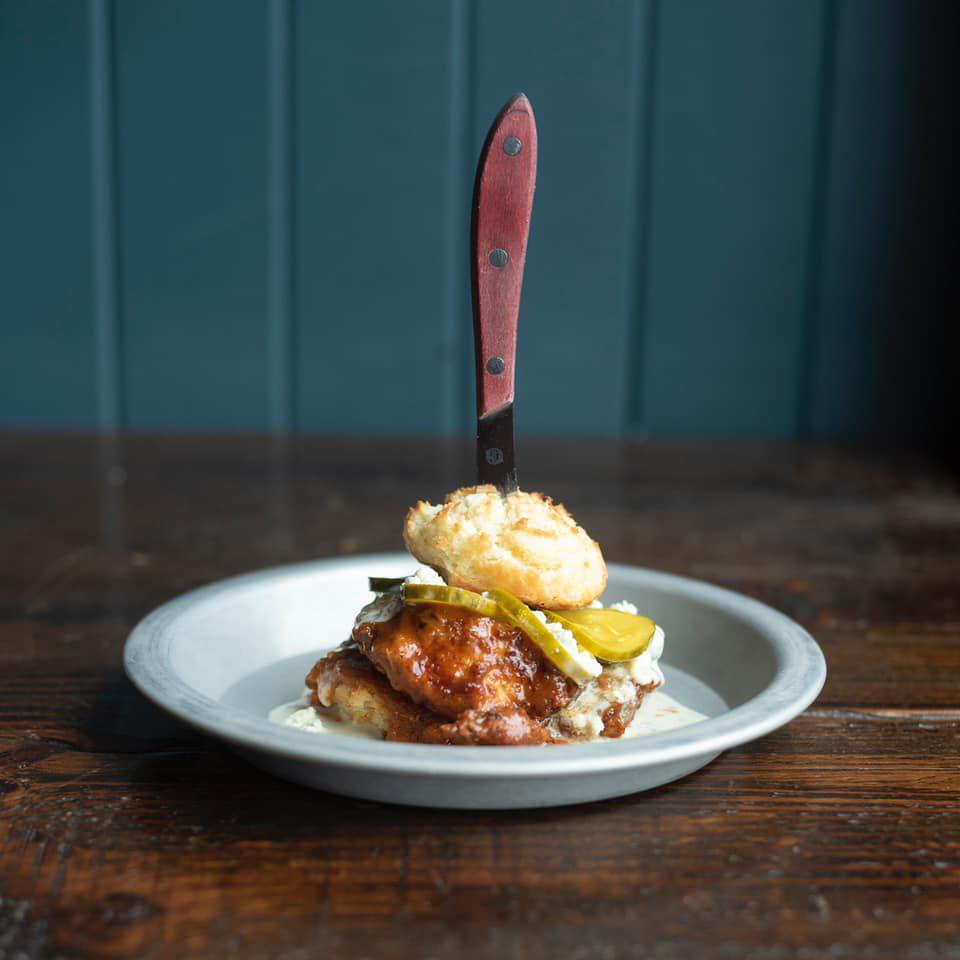 A biscuit dish prepared at Boomtown Biscuits and Whiskey in Pendleton. (Provided: Boomtown)

"There've been times when we just can’t get things,” said Scott Brown, a popular downtown bartender who's been in the industry for decades. “This has inconvenienced our guests and increased prices, while lowering our margins.”

For example, the price of chicken wings has more than doubled since Madonna's reopened in March after being closed for a year due to COVID-19, Brown said.

Salazar and restaurants across the nation have benefitted from various federal, state and local grants to help them stay afloat since the pandemic began.

The Small Business Association created a fund program, as did the James Beard Foundation.

In Ohio, the city of Cincinnati and the Cincinnati USA Chamber Foundation hosted the Taste of Cincinnati program that gave away $5,000 and $10,000 grants to non-chain bars and restaurants. Food trucks, food windows and food vendors at Findlay Market were eligible for smaller grants.

About $8 million has been given away through the program so far.

Although resources are available for businesses to cover some hardships caused by the pandemic, there’s only so much that can be done to affect current supply chain issues.

Kate Eagan of the Cincinnati USA Regional Chamber called the bar and restaurant business a “vital part of our economy and our community.”

"We're hearing anecdotally from restaurateurs and business owners from around the region that things are just as hard now, if not harder, than they were at the height of the pandemic,” she said.

Restaurant employees account for 10% of the American workforce, which is the fourth largest sector in the U.S.

“I would hope that those smarter and with much more of a voice could find answers to these enormous problems before we see our industry reduced to a shell of what it was,” Salazar said.