CINCINNATI — There aren't many stores like Cappel’s Inc. in downtown Cincinnati or anywhere else for that matter.


From the outside, it's two unassuming storefronts along Race and Elm streets. These are commercial spaces with simple signage, tucked along relatively quiet streets — at least during normal business hours — in the heart of the city's Central Business District.

Once inside, you are transported to a Halloween lover's paradise.

Every inch of the family-owned store is packed with decorations and trinkets for celebrating the spookiest holiday this time of year. They have more than 50,000 items. 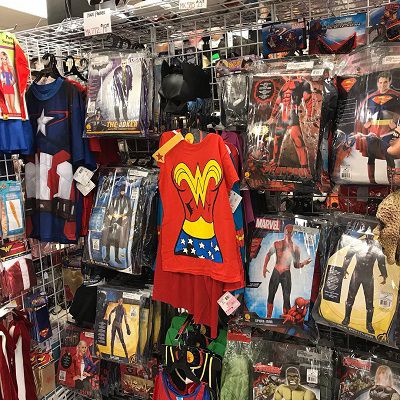 Items range from over-the-top wigs, every color and kind of stage makeup, props, like pirate swords and vampire teeth, and costumes that run the spectrum from family-friendly to sexy to gruesome.

There's something about it that's captivated Christy Soucek since she was a kid.

"When I was younger, between 4 and 5 years old, my mom would bring me downtown to go to Cappel's and we would just spend time wandering around the store. I remember looking at all the unique things on the walls and the shelves," she said.

Soucek said it’s not just what’s inside the store. It’s also the building itself — the smell, the wobbliness of the stairs, even the sheer size of the space. “There’s just something about that old-fashioned kind of store. It looks the same as it did way back then,” she said.

Today, the store is owned by Ray Cappel and his wife, Stef. Cappel grew up playing in the store, which his dad William and uncle Urban opened in 1945. Cappel later went on to work there. He ended up purchasing outright with his cousin in 1990.

"One of the coolest things about being in this business is that most people who are coming in, are celebrating joyous occasions or something that's a lot of fun," Cappel said.

More than just a Halloween store

In the early years, Cappel’s supplied items used in display fixtures for department stores, like the former Shillito's on Seventh Street.

The current iteration of the store pays homage to that history with themed window displays at both of its entrances. They’re usually themed for the season and feature mannequins in costumes representative of an upcoming holiday. Right now, they’re wearing items you can find inside.

Cappel said because of the location near the former site of WLW-TV station, people would stop in and look around after sitting as an audience member for a live broadcast of a show like Bob Braun’s 50-50 Club. 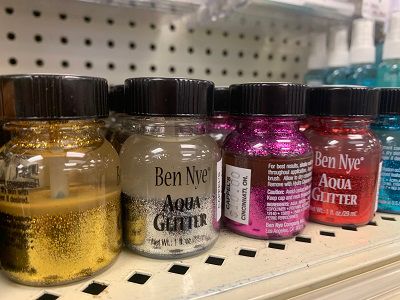 Cappel's carries a variety of paints and makeups that can be used for costumes or other purposes. (Spectrum News/Casey Weldon)

Over the years these customers and other downtown shoppers made frequent trips to Cappel’s, especially at Christmas time; gradually retail became their primary focus.

Soucek's mother, Cheryl English, would make special trips downtown from their home in Anderson Township to Cappel's to find elements for centerpieces as well as party favors for weddings and "all the various school-related events."

Soucek would join her. She can still recall the first thing she bought at Cappel's: A little white, plastic bouquet. Her mom purchased them in bulk to use for a centerpiece at a friend's wedding.

"I remember all the aisles and rows of different things, especially the upstairs where all the flowers were," she said. "They just had things you couldn't find anywhere else."

Now 52, Soucek still lives in Anderson. There's a satellite Cappel's store out where she lives; one of her daughters actually worked there a few years ago when she was in high school. There's another location in Blue Ash. 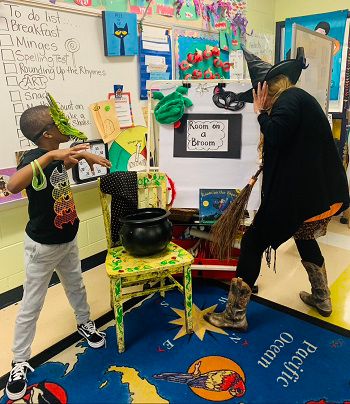 Christy Soucek performs Room on a Broom in her classroom with one of her students. (Spectrum News/Casey Weldon)

But Soucek said the downtown store still has a special place in her heart.

Soucek is a teacher at the School of Creative and Performing Arts, also known as SCPA, which is a few blocks from Cappel's. She brings her teaching assistant with her every October to decorate her classroom for Halloween.

"Like I did with my girls, I always take my student teachers over to Cappel's and the last one, a few weeks ago, she was like, "Oh my gosh! Look at this. Look at that! I've never been to a store like this. You can't find this stuff at Michael's [craft store],'' she said. "I have to make sure they get the Cappel's experience."

The first-grade teacher also goes there to buy the witch costume and props needed to perform "Room on a Broom," a kid's story about a witch who meets "cute little animals.” Her students dress up and act out the roles of the animals.

Soucek said after dealing with COVID-19 the last two school years, she's glad her school kids get to have a little bit of Halloween fun.

"I feel like some of my kids have really missed out on such a special time these past two years," she said. "Getting to dress up and go trick-or-treating is such a special part of being a kid."

The pandemic changed the way Cappel's did business

The past two years have been difficult on Cappel's as well. The company has had some "up-and-down years" in its eight decades in business, Cappel said. But nothing compares to the pandemic.

One of the biggest issues though, Cappel said, is people weren't celebrating as much. Fewer parties and no trick-or-treating during Halloween. But other celebrations — graduations, birthdays, anniversaries, etc. — were canceled as well.

Cappel said Halloween accounts for about 30% to 35% of their business. He said in-store business picked up in the days leading up to Halloween, but they took a "real hit" in the first few weeks of that holiday season. 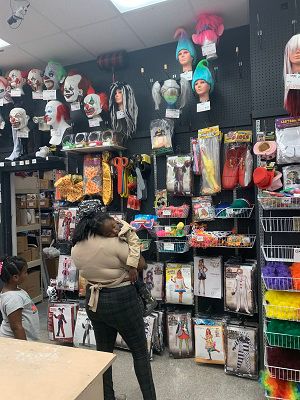 A shopper and her child look at costumes, wigs and accessories inside Cappel's. (Spectrum News/Casey Weldon)

"The lack of trick-or-treating and Halloween parties in 2020 hurt a fair bit," Cappel said.

Other challenges are more universal and similar to the issues experienced by most businesses across the country. One of the biggest was the loss of foot traffic because of fewer people working downtown and going out on their lunch breaks, Cappel said.

He said they've also experienced supply chain issues, "though I'd bet maybe not quite as much as some businesses."

Cappel said part of that reason has to do with how they do business. Cappel's doesn't operate "the way you might get taught in business school," he added. They purchase a lot of their products out of season or from liquidation sales, so they're not necessarily trying to order things at peak times.

"We're continually buying products and building our inventory base, so the supply chain issues haven't affected us as much as some businesses, but we've certainly felt some of that pinch," he said.

While they were able to land the "Squid Game" character masks, one of their biggest challenges this season has been landing new, popular costumes and specialty items. One example Cappel gave was a 12-foot skeleton display that were a huge hit last year.

"We ordered these giant skeletons back in like, January or February. Where are they sitting right now as we speak in the middle of October? Your guess is as good as mine, likely still over in China where they're made," he said.

Cappel added that they’ll “take them whenever they get here. He expects they won’t arrive until at least December.

Though they've faced some hardships, they've been able to survive even with "soft spots" in their business.

"I've been really proud of how our team has responded. We were able to squeak by with the stimulus monies that the government was offering to small businesses. In part, because of that, we were able to hold our employee base," he said. 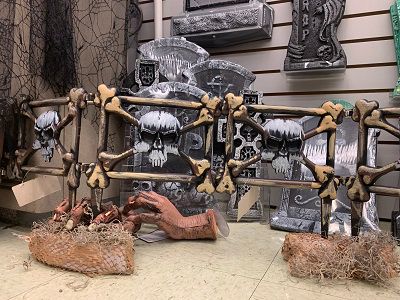 Cappel said they didn't have to let anyone go as a result of the pandemic. They have about 35 employees across their three primary locations. That doesn't include a handful of part-timers during the busy season.

He said they used their stimulus money "how it was supposed to be used" — to pay their employees. So, while some part-timers got fewer hours than normal years, they were able to keep their "key people."

Cappel said there was one silver lining to the pandemic. Due to supply-chain issues and limited stock, they've developed a more robust online business. The supply chain issues are making items more scarce so people across the globe are finding Cappel’s website.

The store's hours and more than 50,000 items are available on Cappel's website.