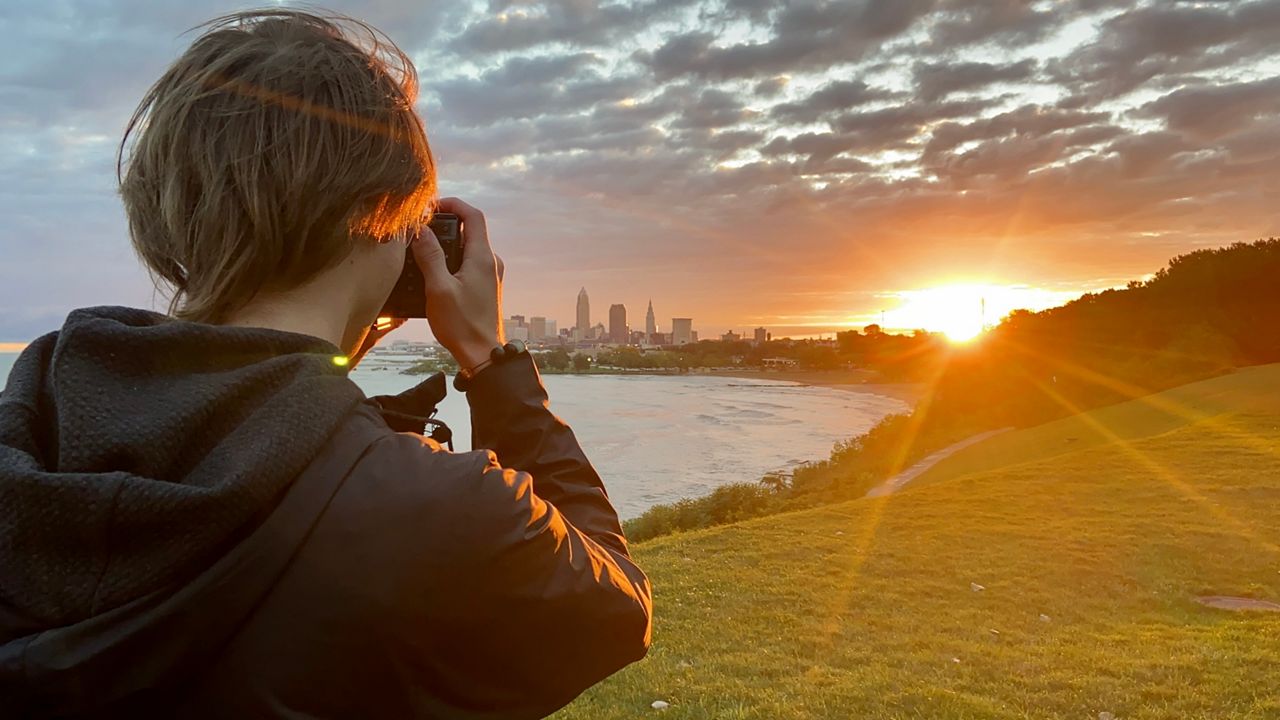 Gabe Wasylko is a Cleveland-based photographer who aims to capture the every-day moments to share with others. (Spectrum News 1/Alexa Maslowski)

'That's what gets me up in the morning': Cleveland photographer shares his craft with community

CLEVELAND — While most people wake up to the sunrise, Gabe Wasylko is there to greet it.


“It’s a really great way to start the morning and the day,” Wasylko said.

He watched the sunrise with his coffee in one hand and camera in another.

“It’s the coffee that helps, but it’s also just you never know what a sunrise or sunset is gonna look like until you’re there in the moment," Wasylko said.

It all started in December of 2020 when he challenged himself to post one photograph to Twitter each day to learn his camera and hone his craft.

"I really sat down and said, you know, I’m gonna challenge myself to capture moments in Cleveland, whether it’s sunrises, sunsets — just the everyday,” he said.

Soon enough, Wasylko's photos started to accumulate thousands of likes and favorites. Then people wanted to buy them.

“People started asking, 'hey can I get a print of this?', and I was like oh shoot, I gotta now look into this," he said. "When people message me or tweet me like, 'hey, I got my print' or 'thanks for the print,' it literally makes my day because it’s everybody’s support that just makes me smile. It warms my heart every day just to get to know these people.”

For Wasylko, it's not about the likes or the sales; it's about presenting the beauty in every single day.