COLUMBUS, Ohio — An Ohio lawmaker announced Thursday that he will introduce legislation that would ban public schools in Ohio from mandating that students wear masks.

​​State Rep. Mike Loychik, R-Bazetta, said he is seeking cosponsors and will soon introduce the bill, which would prohibit schools from enforcing mask mandates.

Many Ohio school districts have announced plans to require masks in the fall following calls for universal masking from the Centers for Disease Control and Prevention.

Loychik said the bill would not prohibit schools from mandating that faculty, staff and guests wear masks.

As the more contagious delta variant surges, Ohio reported its most cases in a day since February on Wednesday as 3,393 infections were tallied, bringing seven-day average cases above 2,000 for the first time in months.

Dr. Bruce Vanderhoff, whose promotion to the role of Ohio’s health director takes effect next week, responded to Loychik’s plan during a news conference Thursday morning. 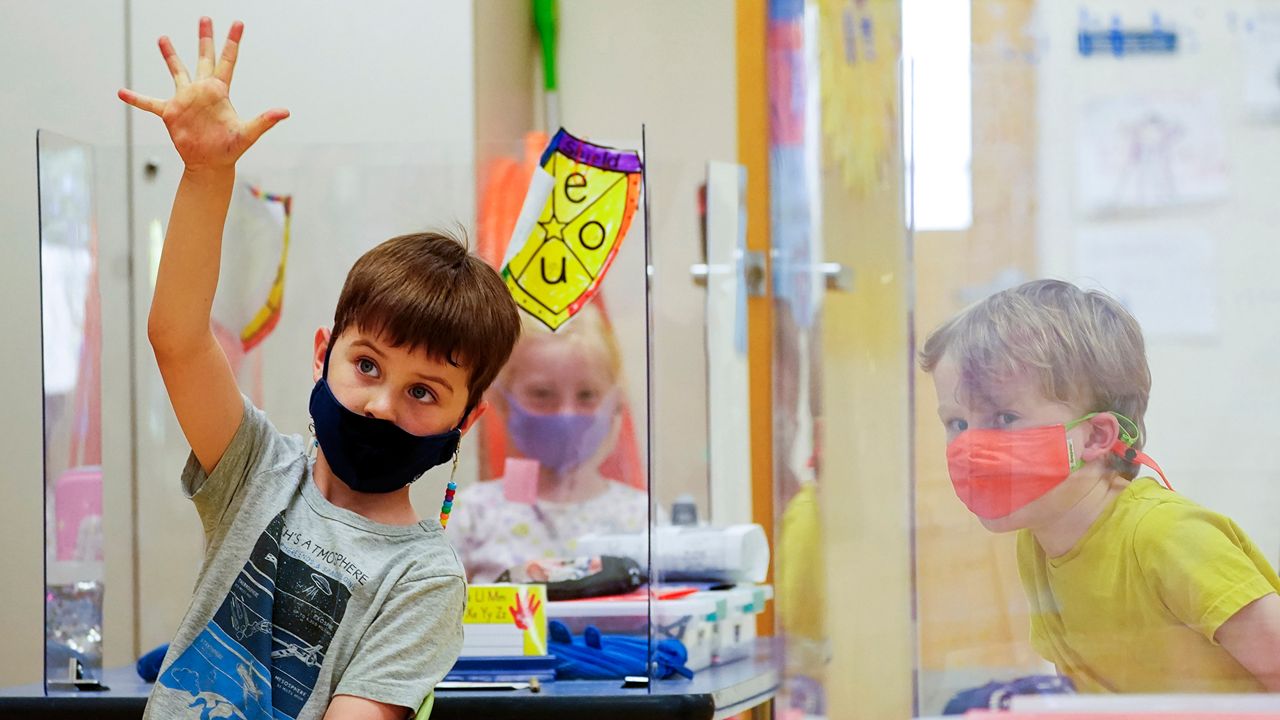 An Ohio lawmaker says he will introduce a bill that would ban school mask requirements. (AP Photo)

Vanderhoff said the Ohio Department of Health remains consistent in its message to families that vaccination and indoor masking by unvaccinated people will mitigate the spread of the delta variant.

“Our best recommendation is that you get vaccinated if you're eligible, so if you’re a student that is eligible, parents should have that child vaccinated. If they choose not to, or if they are not eligible for receiving the vaccine, it is our best recommendation that those students wear a mask to reduce transmission, to reduce their risk and the risk to others,” Vanderhoff said.

In Ohio, signed legislation that takes effect Oct. 12 prohibiting public schools from requiring that unvaccinated students wear masks if vaccinated students are exempt, so long as the Food and Drug Administration has not fully approved a vaccine.

In his press release, Loychik said constituents in his district are concerned about the mask requirements from Lakewood and Warren schools.

“With our children returning to the classroom shortly, based off of the outcry I’ve heard from constituents, I believe this is a decision that should remain optional and up to the discretion of parents on whether their child needs to wear a mask – not a mandate from schools receiving public taxpayer funds,” Loychik said.

Vanderhoff said parents of unvaccinated children can feel safe sending their kids to school in Ohio because studies show that masking offers good protection against COVID-19 for the wearer, even if an infected person is unmasked.