Ohio Deputy Superintendent of Public Instruction John Richard submitted his resignation weeks before he was expected to become the interim superintendent. In this Aug. 13, 2018 file photo, Richard speaks at a back to school event at the Ohio School for the Deaf. (Ohio Department of Education)

After Superintendent of Public Instruction Paolo DeMaria announced in July that he is resigning effective Sept. 24, the Ohio State Board of Education approved a resolution making Richard the interim superintendent.

During the meeting, Richard said the department would be busy in the coming months responding to the new state budget. He said he would continue the culture of the department and respect the interim nature of the job.

Richard submitted his resignation in a letter to DeMaria, sharing that it will be effective on Oct. 8, the Ohio Department of Education said in a news release Tuesday.

“I have been honored to work with you in serving the Ohio Department of Education and Ohio’s education community. I have tremendous respect for you, the State Board of Education and our entire team here at the Department because of the commitment, passion and energy devoted to our students across Ohio,” he wrote. 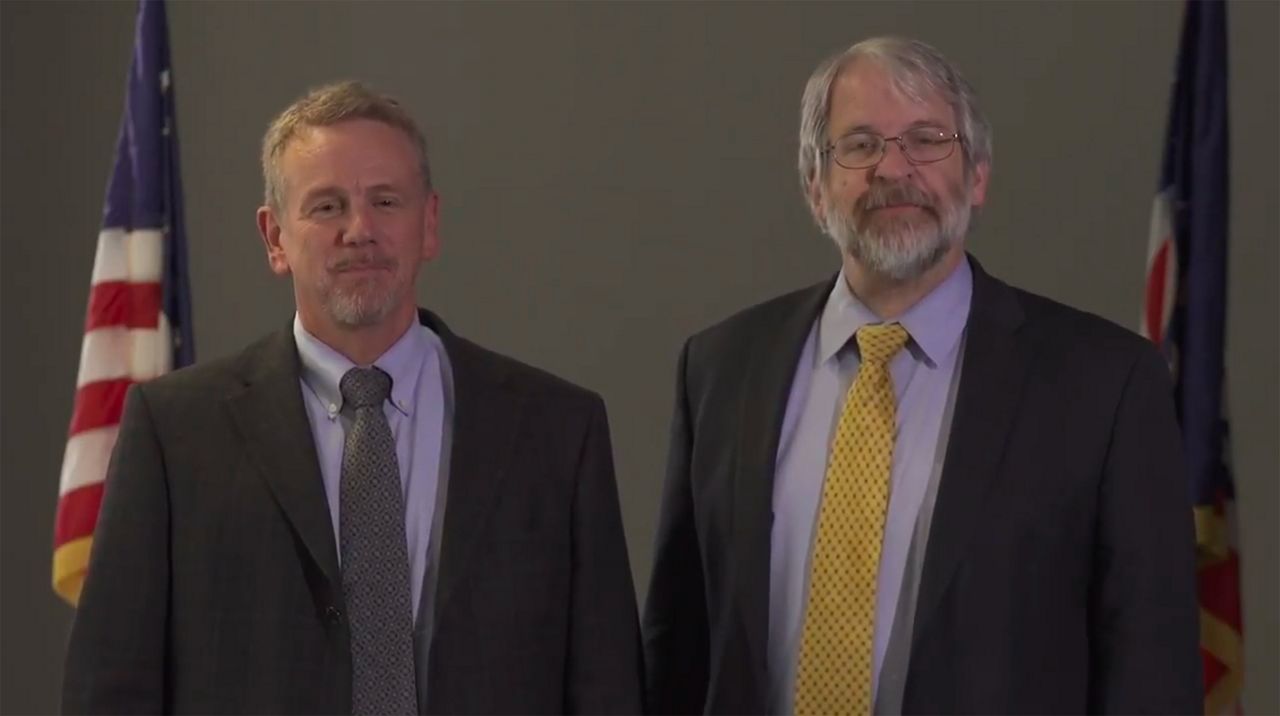 Ohio's outgoing Superintendent of Public Instruction Paolo DeMaria (right) and John Richard (left), who resigned from the department before becoming the interim superintendent, are pictured together in an Oct. 12, 2019 file image. (Ohio Department of Education)

Prior to returning to the department in 2017, he was associate executive director of the Ohio Association of Secondary School Administrators. Earlier in his career he taught for 10 years with special education students.

The Board of Education will now be tasked with approving a new leader to take over the role.

When he moves on from the department, Richard will lead a nonprofit in Stark County related to education and business, he told Spectrum News Reporter Tonisha Johnson.

"It will be a lot of conversation with a lot of people, helping ways in which we can move Stark County forward educationally,” he said, adding that it is the best move for his family.