Ohio's Superintendent of Public Instruction Paolo DeMaria said in a retirement letter that he will finish his duties in September.

“Today, I’m announcing my intent to retire from public service and resign as State Superintendent effective 9/24/21,” DeMaria said in a tweet Thursday afternoon.

Today, I’m announcing my intent to retire from public service and resign as State Superintendent effective 9/24/21. After 5yrs as Supt & 30yrs of public service, it’s time to start a new chapter. What an amazing adventure working with so many wonderful people! So proud! #OhioEd

Gov. Mike DeWine thanked DeMaria for his work in the role leading the Ohio Department of Education.

“I would like to thank Superintendent DeMaria for his tireless work on behalf of Ohio’s children. Throughout his service in state government, Paolo has been passionate about ensuring that the needs of the whole child are met so that every child can live up to his or her God-given potential. Fran and I wish him well in his retirement,” DeWine said in a statement Thursday. 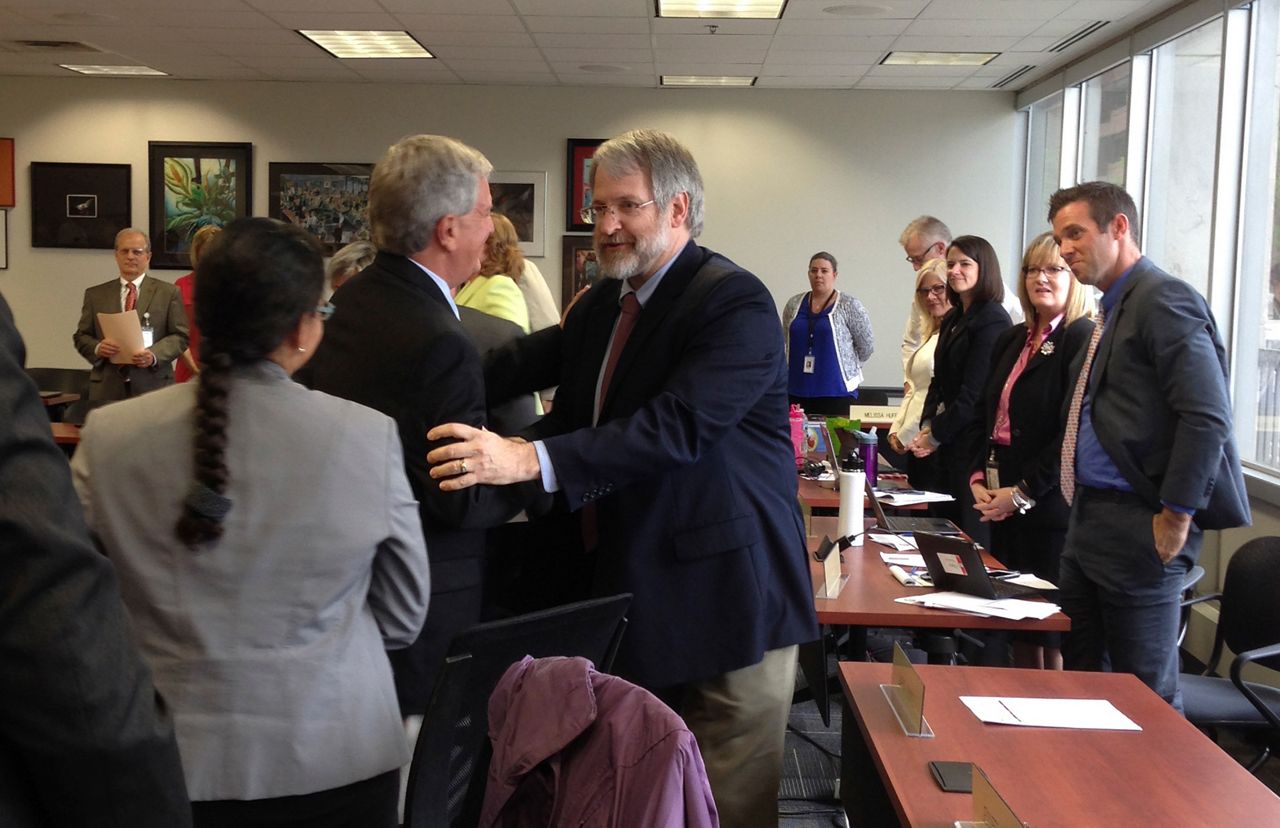 DeMaria greets members of the Ohio State Board of Education in Columbus, Ohio on Wednesday, May 11, 2016, just after the panel voted him in as superintendent. (AP Photo, Julie Carr Smyth, File)

DeMaria’s long career in government includes roles as director of the Ohio Office of Budget and Management, chief policy advisor to former Ohio Gov. Bob Taft and executive vice chancellor of the Ohio Department of Higher Education. Prior to becoming superintendent, he spent six years as principal consultant for Education First Consulting.

“Paolo deserves a lot of credit for the way he has brought people from divergent perspectives together to work toward bettering the lives of Ohio’s students,” OEA President Scott DiMauro said in a statement Thursday. “His leadership on the strategic planning process and commitment to equity and inclusion deserve high praise. He has set a high bar for the next person to hold the position.”

In his letter, DeMaria said he was optimistic about the future of education in Ohio and committed to a smooth transition of leadership.

Today, @OHEducationSupt Paolo DeMaria sent the following letter to the State Board of Education announcing his retirement effective 9/24/21.

We are grateful for his leadership, vision and commitment to helping each child succeed. Congrats and best wishes, Superintendent DeMaria! pic.twitter.com/NVbvZXNhjo

“The past five years have seen amazing accomplishments, and I know that the great work happening in the education system of Ohio will continue to grow and excel,” he said.