In an evening address on May 12, Gov. Mike DeWine announced that Ohio will end all health orders on June 2.

COLUMBUS, Ohio — In just a few days, establishments in Ohio will be able to receive patrons at 100% capacity as the state fully reopens.

The state’s health orders expire on June 2 through an automatic process, since Ohio added a sunset clause when it amended its health orders earlier in the month, Health Director Stephanie McCloud explained Thursday.

McCloud said the state is working out final details of its plan for next week’s reopening, stating the state is still determining if a new health order will be issued pertaining to mask-wearing in long-term care facilities, or if an existing order will be amended.

The DeWine administration is also still deciding whether it will end the state of emergency on June 2, the governor’s spokesperson told Spectrum News Friday afternoon. 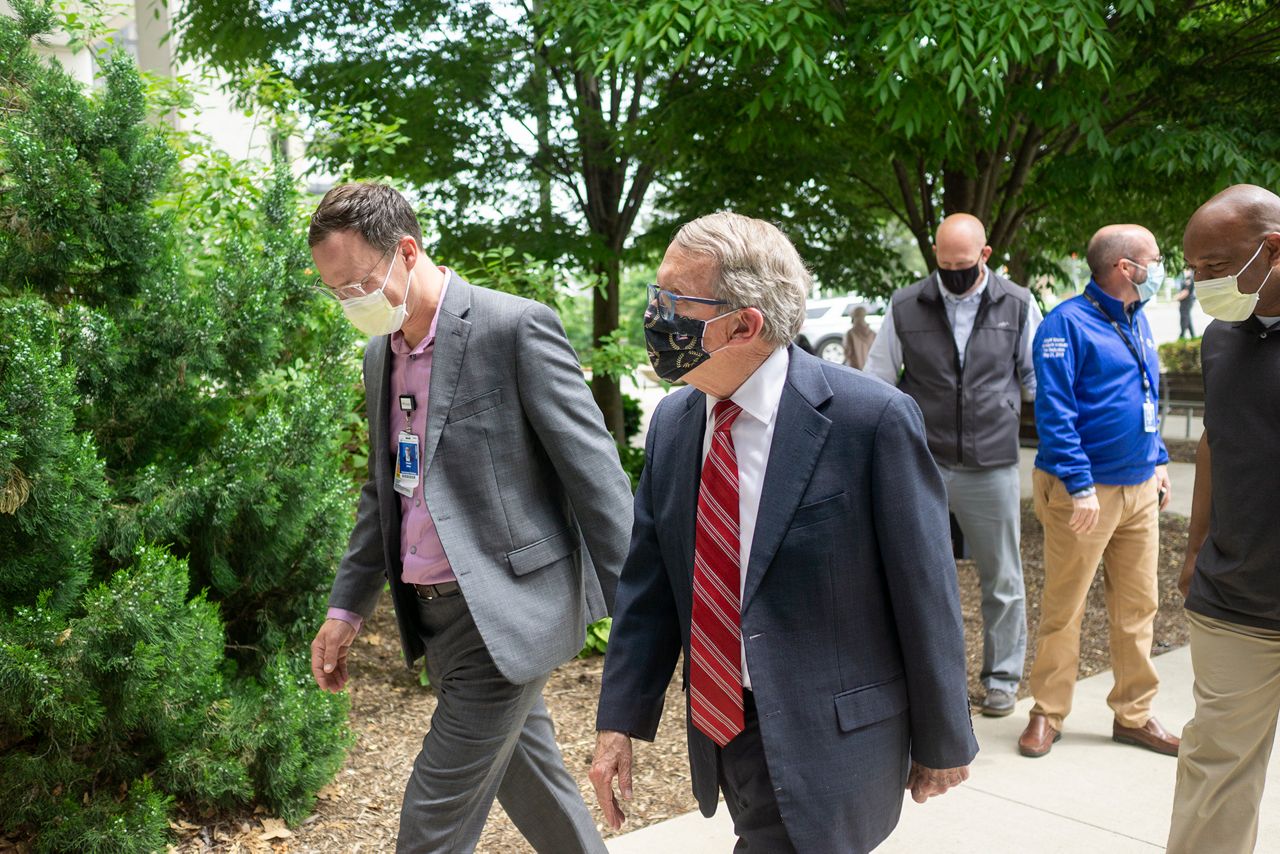 During a May 17 press conference, DeWine noted that the Centers for Disease Control and Prevention still recommends everyone wear a mask in health care settings and on public transit. As such, the health care and transportation sectors are expected to continue to require masking.

The governor has encouraged schools to continue the mask mandate until the end of the school year, though schools will be free to lift their mask mandates effective June 2.

“June 2 is the day when you get up and the health orders are off, and so, if a school wants to make a decision that late in the year to switch over and not have mandatory masks, they can do that,” he said.

Some schools in Ohio have announced they will be dropping their mask requirements for the final days of the school year.

In Ohio, businesses will be allowed to continue to require masking. They are not discouraged from doing so, DeWine said.

In parts of Ohio, including Columbus, residents will be under local mask ordinances after June 2. City Council members are not expected to repeal the city’s mask mandate until at least June 7, a council spokesperson said.

Prior to the governor’s announcement that they health orders would be ending on June 2, Ohioans were expecting the orders to be lifted when the case rate per 100,000 residents fell below 50.

In mid-May, DeWine and Ohio Department of Health Chief Medical Officer Dr. Bruce Vanderhoff said the state was on track for the case rate to hit the state’s goal when the health order’s are set to expire. As of the latest update on May 27, the case rate was 82.3. The case rate has improved markedly since April 15 when it was 200.

On Friday, the state reported 713 people were hospitalized with COVID-19, while 210 were in intensive care units and 129 people were on ventilators. COVID-19 hospitalizations have fallen by 27% in the past 60 days while the COVID-19 ICU numbers declined by 16%, according to the Ohio Hospital Association.

The state reported 108 COVID-19 deaths on Friday in its twice-weekly update. As of May 25, an analysis of Ohio's death reporting showed the figures have been somewhat elevated in recent week over early-spring lows.

McCloud said Thursday that death and hospitalization numbers are lagging indicators, expressing hope that the numbers will show improvement in the coming weeks. “I think, right now, what we're seeing is some of those delays,” she said.

Vanderhoff noted that hospitalizations today are at a much-reduced level from the peak of the winter surge in December and January. He said he is optimistic the trends will be favorable as more Ohioans get vaccinated.

“Remember that we still have a ways to go with vaccination, and while we have very high rates of vaccination among our most vulnerable, older age groups, there's still quite a few people in those brackets, who could still be vaccinated. They remain vulnerable, and we're seeing disproportionately that the deaths in those age brackets that continue to be recorded are happening among the unvaccinated,” he said.