Steve Morlan, 67, said he didn't want to wait in a long line for the vaccine when he became eligible in February. Getting the shot on May 26 at a walk-in J&J clinic was as easy as it gets, he said. (Spectrum News, Pete Grieve)

Lottery or not, some Ohio residents are overcoming vaccine hesitancy

FRANKLIN COUNTY, Ohio — With Ohio announcing the first winners of its vaccine lottery Wednesday, the state is reporting 33% more average daily vaccinations than when Gov. Mike DeWine announced the incentive on May 12.


Officials report that the vaccine lottery is prompting residents who had been delaying vaccination to get it sooner.

The state is touting improved vaccination numbers as it sees a national spotlight on the Vax-a-Million initiative, which awarded its first of five $1-million prizes to Abbigail Bugenske of Silverton and the first of five full-ride college scholarships to Joseph Costello of Englewood.

Ohio continues to build immunity in the population, vaccinating about 26,000 people per day, according to the seven-day average.

Ohio residents like Jessica Young, 39, said it felt like the right time to get vaccinated this week, even though she doesn’t have much faith in the vaccine.

“I've had a lot of hesitancy since it first came out. I just don't feel like there's really been long enough testing done on it,” she said. “But it’s to the point now where I feel like I'm defeated, so if there is going to be any normal — getting rid of the masks and being able to live life again — we’ve got to do it.” 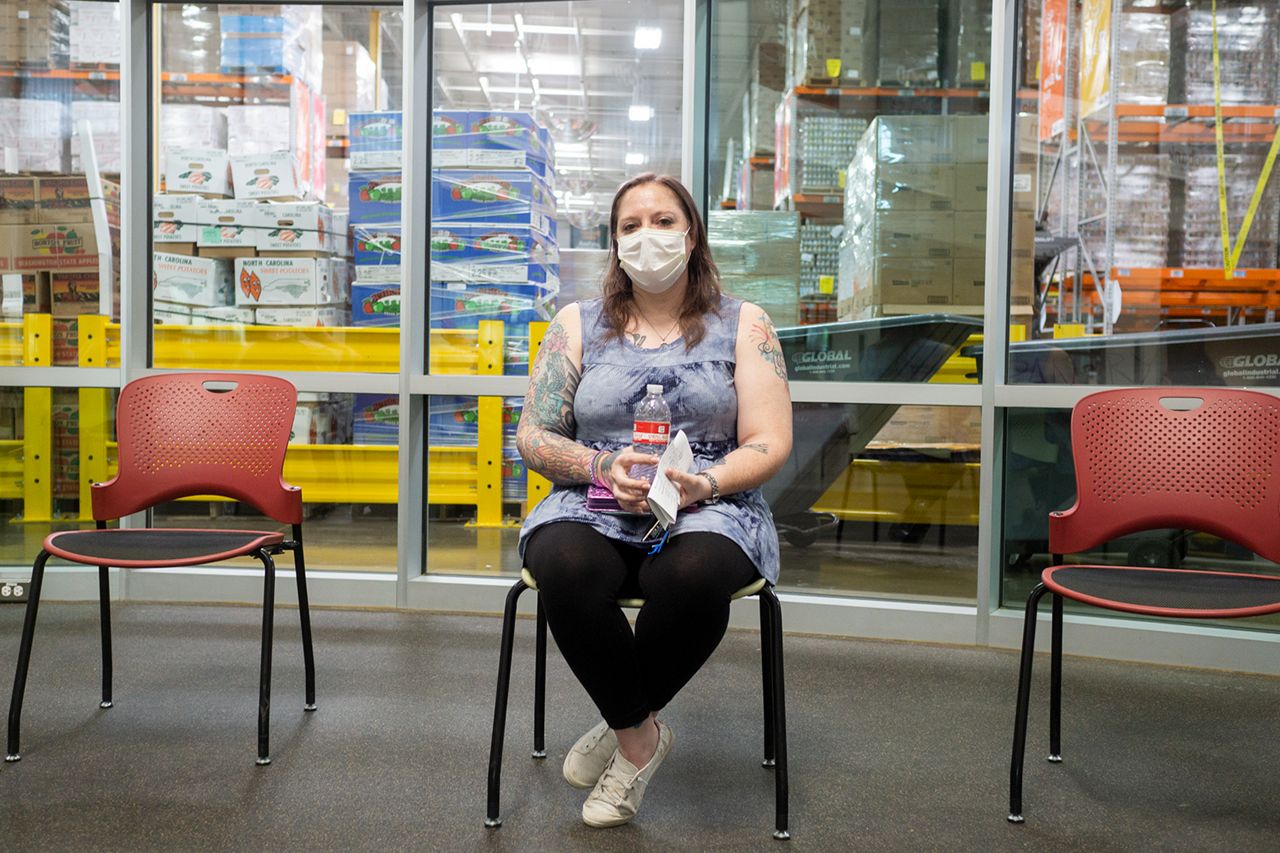 Young said she thinks it’s irresponsible for the government to push the COVID-19 vaccine as a total solution to the pandemic because she fears the situation will be more like flu. She suspects the vaccine formula could very well miss in any given year and offer inadequate protection depending on which strain flares up that winter.

“I don't like how they portrayed the vaccine from the very beginning that it was going to basically give you complete immunity to it,” she said. “You can get a flu shot and you can still catch the flu. I just feel like they're portraying it in a deceptive way.”

But after holding off on getting the vaccine, Young said that 15 months into the pandemic the virus feels relentless. She said she’s willing to take the vaccine if it might help her avoid bringing the virus home and infecting her father, who is on oxygen 24/7 with end-stage chronic obstructive pulmonary disease and emphysema.

She and her dad jointly decided to overcome their hesitancy and get the vaccine, more so for his health than the lottery, she said.

“I don’t feel like I’m lucky enough. It's just pointless to me honestly. I mean, how many people are going to sign up for it? And really, what's the odds of me winning a million dollars? It's very, very small,” she said.

Vaccinations up among most demographics

Officials believed vaccination numbers in children have been boosted because of the scholarship lottery drawing. According to state officials, a higher rate of children entered the lottery than adults.

Hospital officials are reporting an uptick in vaccinations since the lottery was announced. Adults and children are enthusiastic about the lottery, Nationwide Children’s Hospital Chief Medical Officer Dr. Rustin Morse said.

“The increase in adults getting vaccinated is really directly related to the governor's Vax-a-Million efforts, that really has stimulated some people to want to get vaccinated, who might have been waiting for the vaccine,” Morse said.

Ohio Department of Health Chief Medical Officer Dr. Bruce Vanderhoff said there’s no doubt from the numbers that the lottery has made an impact. Especially in the 20 to 49 year-old group, there was a “very substantial increase in vaccinations” of more than 50% as a result of launching Vax-a-Million, he told Spectrum News Anchor Curtis Jackson in a vaccine special Tuesday night.

Steve Morlan, 67, a retired drywaller, said he didn’t want to get the vaccine in February when he first became eligible because of all the hassle to getting vaccinated when there was more demand than supply.

Getting the Johnson & Johnson shot Wednesday was more about convenience than overcoming hesitancy, he said. When his mom called him and mentioned the Franklin County Public Health clinic at the Mid-Ohio Food Collective in Grove City, he was ready to get the one shot to be done with it.

“I was just waiting for the right time when there wasn’t a bunch of crowds and everything,” Morlan said. “I’m glad I did it. I really feel a lot better that I did it.”

Young and Morlan were both vaccinated at the pop-up walk-in J&J clinic in Grove City, which vaccinated 56 people on Tuesday and even more on Wednesday, the second and final day of operations at the food collective.

Officials with the food collective, which supplies 170,000 meals a day across 20 counties, said Vax-a-Million did seem to help bring people out to the clinic, while they think increased accessibility of the vaccines as well as recent outreach campaigns also had an impact.

Morlan said a nurse at the clinic patiently answered his questions about the vaccine, which made him feel better about the shot. He wanted to have the available information about investigation of rare bloodclotting associated with the vaccine, he said.

“The chances are so nil it’s not even worth worrying about it,” he said. “I talked to these people here. They’re really honest, and I recommend getting the shot. I really do.”

Steve Morlan, 67, didn't want to wait in a long line for the vaccine when he became eligible in February.

He says getting the J&J shot today at a walk-in clinic in Grove City was as easy as it gets. @SpectrumNews1OH @Report4America pic.twitter.com/V6pIYolpig

Morlan said he’s old school, pulling out his flip phone and stating that he doesn’t have an email address so the vaccine lottery isn’t for him, he said.

“I aint worried about it, what’s the chance you’re going to win $1 million?” he said.

What he is looking forward to is taking his mask off in two weeks. Morlan was hoping the nurses would say he could take it off immediately, but two more weeks isn’t so bad, he said.