The pace of vaccinations in Ohio has declined to a seven-day average of 19,511 per day, a more than 70% decline from a peak at the end of March. But the immunizations of millions of residents from March into April have made a major dent in the spread of COVID-19 in Ohio allowing the state to reopen, according to officials.

The state has vaccinated about 30,000 people in the 0-19 age group since authorization was expanded to 12-15 year olds, according to state data.

“Not only have we achieved our goal of increasing public awareness and interest, but we have slowed what was a consistent decline in uptake, and in certain age groups, we're seeing an increase again,” McCloud said.

On Monday, Ohio’s case rate per 100,000 residents had declined to 106.9 for the previous two-week period. Gov. Mike DeWine said Monday the state is on track to reach his goal of 50 cases per 100,00 residents around the June 2 date when all health orders are set to expire.

The case rate is declining by about three points per day, he said. It has been declining since April 15 when it stood at 200. 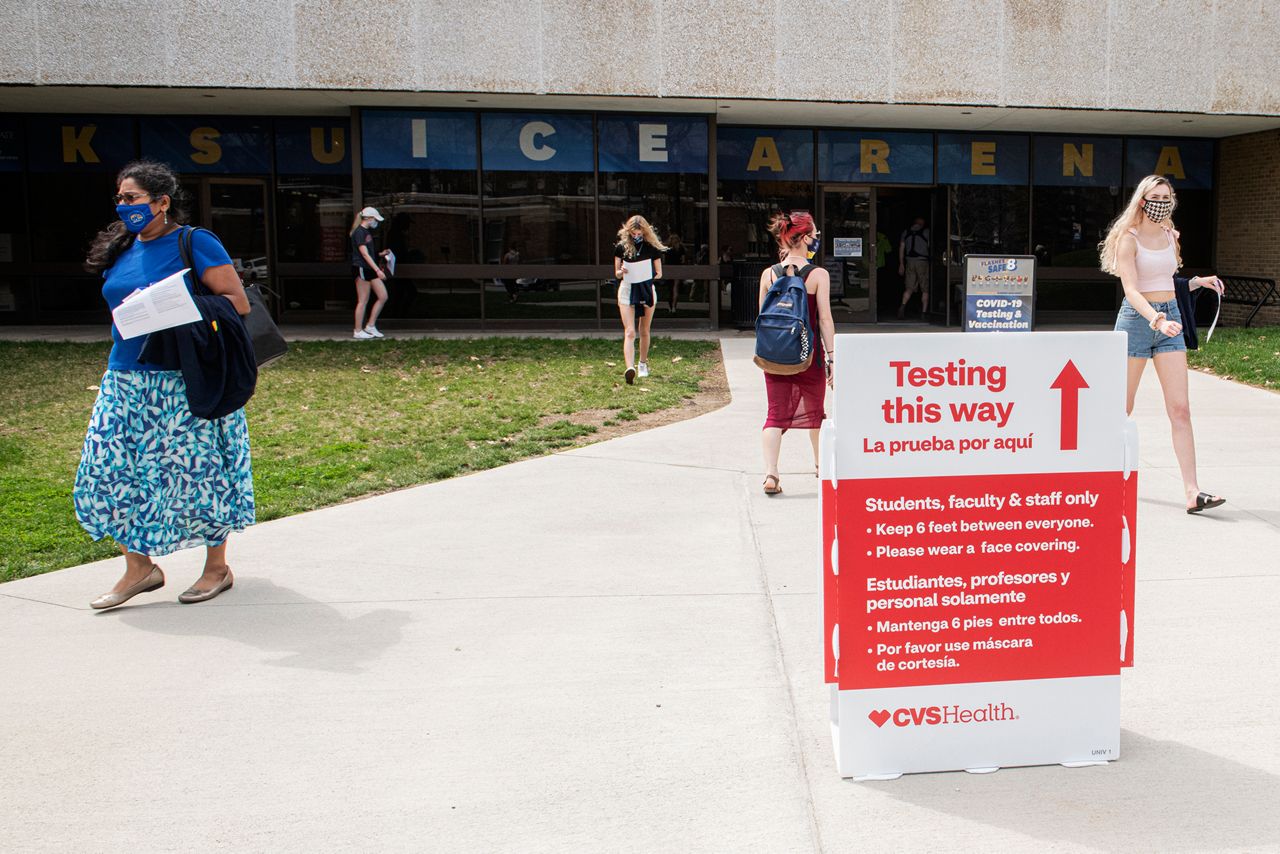 DeWine said Monday he credits stabilization of the vaccination rate to both the expanded eligibility to kids and the vaccine lottery. After speaking with health directors this week, he said there were many anecdotal reports of individuals showing up for a shot to become eligible for the lottery.

“We had been seeing a downturn that continued — fewer and fewer people getting vaccinated. It would appear at least that we have bottomed out on that, and there's some indication that we're certainly seeing an increase,” he said.

Nationally, the vaccination pace is down more than 40% from the peak.

As of Monday, many establishments in Ohio no longer need to require masks for entry for vaccinated or unvaccinated residents.

Centers for Disease Control and Prevention (CDC) Director Dr. Rochelle Walensky said Tuesday 60% of U.S. adults have gotten at least one dose of the COVID-19 vaccine.

More than 600,000 in the 12-15 age group have been vaccinated since the CDC recommended the Pfizer vaccine for the age group last week.

Walensky said the U.S. is averaging it's lowest COVID-19 death rate since last March with about 500 a day.