While Ohio is not working with any private companies to create a process for digitally verifying that an individual has been vaccinated for COVID-19, McCloud said organizations can require that residents show their paper vaccine cards issued by the Centers for Disease Control and Prevention.

In Ohio, vaccination has been required for some events including attendance at a section of the NFL Draft in Cleveland in April, and some employees in the Buckeye State have been told they could lose their jobs if they don’t get vaccinated.

Staff at 31 senior-living facilities in Ohio operated by Continuing Health Care have been required to show proof of vaccination.

Cleveland State University is requiring vaccination for students living on campus and Kenyon College said immunization will be mandatory for all students enrolling in the fall.

“Individuals have a vaccine card, and should operators want to have special circumstances for fully vaccinated individuals they can work through those,” McCloud said.

While some residents have laminated their vaccine cards to avoid damage, health officials discourage the practice because the cards could be needed down the road for booster shots of the vaccines.

Unlike other forms of identification, the paper cards lack holograms or barcodes, meaning they can be more easily imitated. Attorneys general, including Ohio’s Dave Yost (R), have sounded the alarm about fake vaccine cards appearing on digital marketplaces. Yost said fraudulent vaccine cards threaten the health of communities and violate state laws. 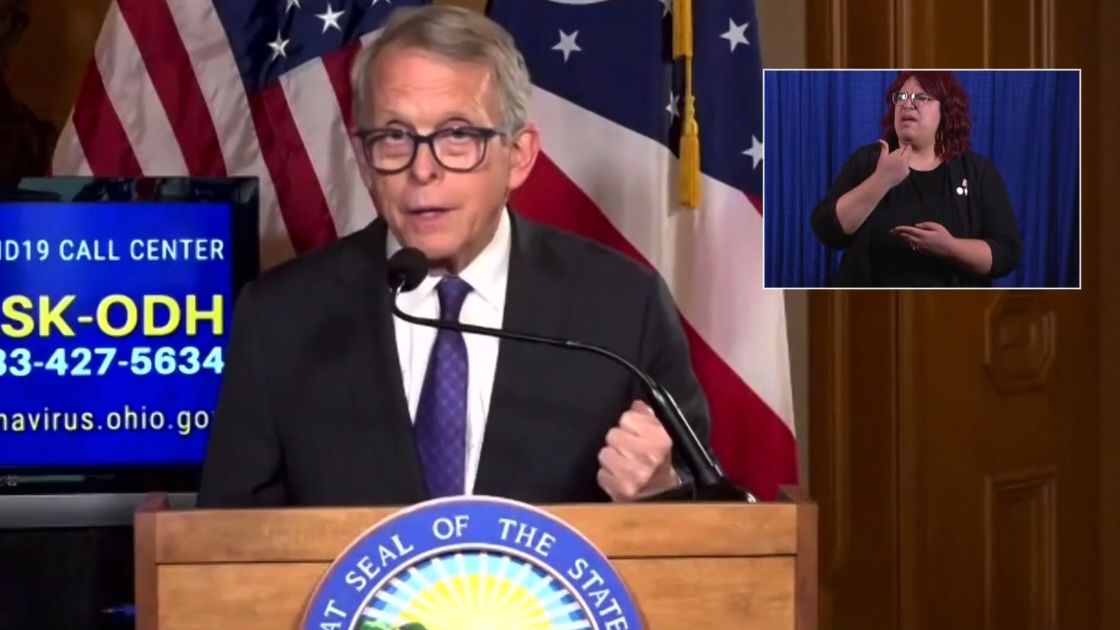 Gov. Mike DeWine clarified during a news conference Monday unvaccinated residents will be able to enter businesses without masks.

In the absence of passports, Gov. Mike DeWine clarified Monday that unvaccinated residents can enter businesses that no longer requiring masking, even though it is discouraged. Ohio's new order for masks were released Monday, he said.

"We understand a business likely has no way to check vaccination status," the governor said. "If a business chooses not to require masks and leave that choice to customers and employees, that is also in line with the the CDC guidance and our order."

According to White House officials, there are no plans at the federal level for vaccine passports either.

HHS Secretary Xavier Becerra said at an event in Columbus earlier in the month the White House is leaving it up to the states to make private sector partnerships to build vaccine passport technology.

In Ohio, many residents are resistant to the idea of vaccine passports and legislation has been introduced to prohibit them.

Rep. Jennifer Gross, R-West Chester, introduced House Bill 248 in April, the proposed “Vaccine Choice and Anti-Discrimination Act,” which would allow residents to decline any vaccination required by the government and it would prohibit discrimination against those who decline vaccination.

The lottery will award $1 million to five Ohioans who are immunized and provide full-ride scholarships to Ohioans ages 12 to 17.

The state said Monday the winners’ names will be made public, but residents will have to opt-in for the lottery. During the opt-in process, individuals will make a waiver to the state that it can access and verify their vaccination status if they win. Residents will also share the date and location of their vaccination for verification purposes, McCloud said.

Officials will select a few alternates in addition to a winner in case a winner has not actually been vaccinated.

After the drawings, there will be a two-day buffer period giving officials time to verify that the winners’ have been vaccinated, which may include calling the provider who administered their shot or asking to see the physical card, McCloud said.

The health director said this is a one-off initiative to encourage vaccination, and she does not expect the state to be involved in vaccine verification in the future.

Ohio is not alone in ruling out vaccine passports. Some states, including Texas and Florida, are seeking to block non-government organizations from requiring vaccination, a step the DeWine administration has not taken.

Florida Gov. Ron DeSantis (R) has taken executive action aimed at blocking them. On the other hand, some Democrat governors said vaccine passports could be critical to safely reopening their states.

New York was the first state to launch its digital vaccine app in March, and it is already in use for sporting events and other gatherings.​