Ohio Will Immunize College Students With J&J Starting Next Week

Every student will not have the opportunity to get the shot by the end of the week, but the plan is to move very quickly, DeWine said. For larger universities, reaching the entire campus could take several weeks, he said.

“They're significant carriers because of their interaction with other people,” DeWine said. “That age group interacts more -- more socialization, more movement, more contacts. And so, it is a strategic move, frankly, to vaccinate them on campus before they get out in early May for the summer, and scatter throughout the state and throughout the country.”

At the governor’s 2 p.m. news conference, the announcement came alongside news that the state will begin allowing vaccination clinics on-site at workplaces starting April 12.

The DeWine administration hopes vaccine uptake will improve for these communities when it bring shots directly to colleges and workplaces.

The Biden administration said 11 million vaccine Johnson & Johnson vaccine doses were shipping out nationwide. Prior to this week, shipments of J&J to Ohio had been sparse.

The J&J vaccine rollout in the U.S. will be disrupted after a Wednesday evening report that 15 million doses were ruined due to a manufacturing error in Baltimore, which will impact future shipments. The company said doses that have already shipped out were not affected by the error.

With cases rising in Ohio, the state is looking to boost vaccination rates among populations, like college students and essential workers, who are more likely to spread the virus. 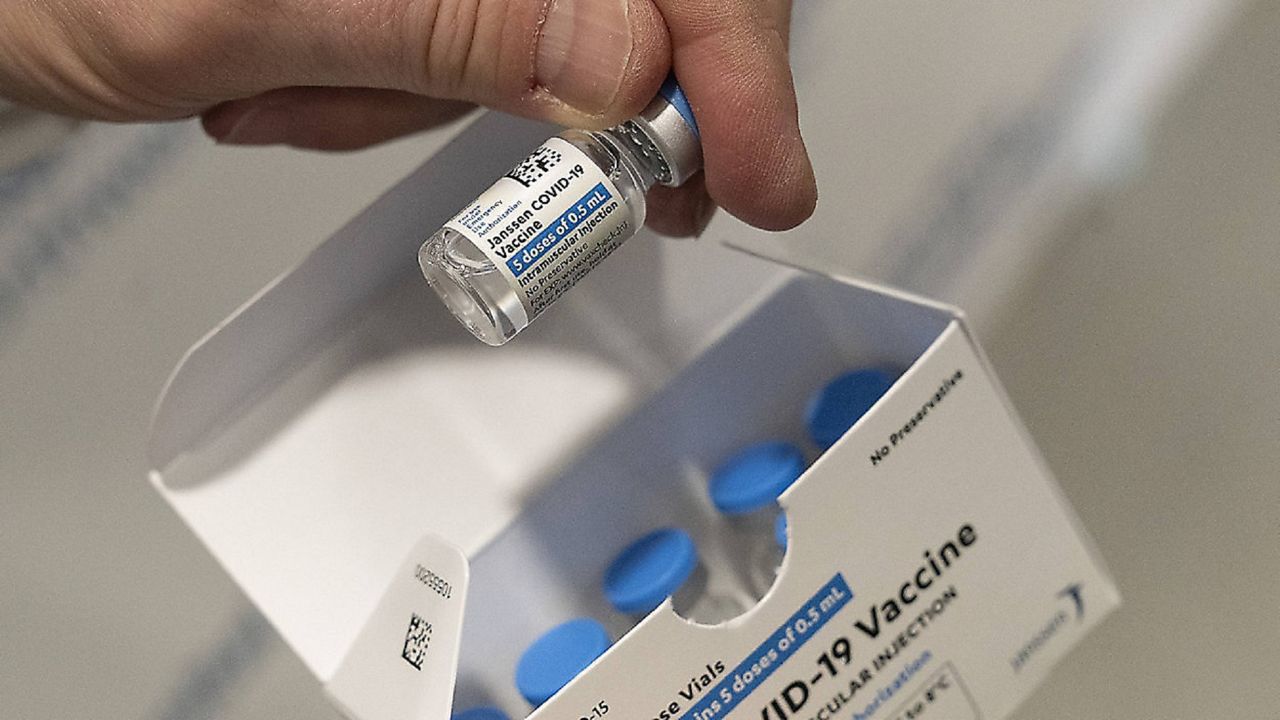 On Thursday, Ohio Chief Medical Officer Dr. Bruce Vanderhoff said the highest cases rates are occurring in the northern part of the state, near the Michigan border.

Rising case numbers are being fueled by the spread of variants, and the Ohio Department of Health has now confirmed 620 variant cases, Vanderhoff said.​

Among the state's moves in response to the trends, officials announced they would open a mass vaccination site in Seneca County, due to its proximity to many communities with higher infection rates.

Case increases are being reported in 56 of 88 counties, Vanderhoff said. The uptick in COVID-19 cases in Ohio mirrors what is happening in the rest of the nation, he said.

According to Vanderhoff, the two major hotspots in the country are Michigan and the New York City/New Jersey-area. Sharing a border with Michigan, where variants are spreading rapidly, Ohio is at greater risk in the coming weeks, Vanderhoff said.

On Wednesday, Centers for Disease Control and Prevention researchers submitted 15 Ohio cases of the variant discovered in the United Kingdom, B.1.1.7, to a global database for tracking mutations in the virus. The CDC reported nine of those COVID-19 patients who contracted the variant were younger than 30.

According to the Ohio Hospital Association, cases are down among older age groups in the last month, but there has been a 15% increase in infections among 18 to 49 year olds.

The state was reporting 32 seven-day average deaths as of the latest update March 31. The death rate has fallen to the lowest level since November, 2021.