COLUMBUS, Ohio — Reports that millions of doses of Johnson & Johnson's COVID-19 vaccine in the United States were ruined due to a manufacturing error brought shock and concern in Ohio on Wednesday.

Ohio's distribution of J&J vaccines will be affected after a grave incident at a production plant in Baltimore compromised doses, which means 15 million doses that were slated for the next month likely will be delayed.

Workers at an Emergent BioSolutions plant accidentally swapped ingredients in the J&J doses two weeks ago. Although the doses distributed this week won’t be affected, the company said production at the plant is put on hold as the Food and Drug Administration investigates, which is expected to affect the supply for the next month.

From mass vaccination sites at basketball stadiums in Cincinnati to a health department immunization operation in a deserted mall building in Zanesville, to clinics at homeless shelters in Cleveland, the one-and-done vaccine is a critical part of Ohio’s vaccine administration plan.

The Ohio Department of Health said Wednesday the potential impact is still being assessed.

“We are awaiting further information on how Ohio’s statewide allocation may be impacted. Once that information is available, we will have a better idea of any direct impacts there may be on the state’s vaccination plans,” spokesperson Alicia Shoults said in an email to Spectrum News 1. 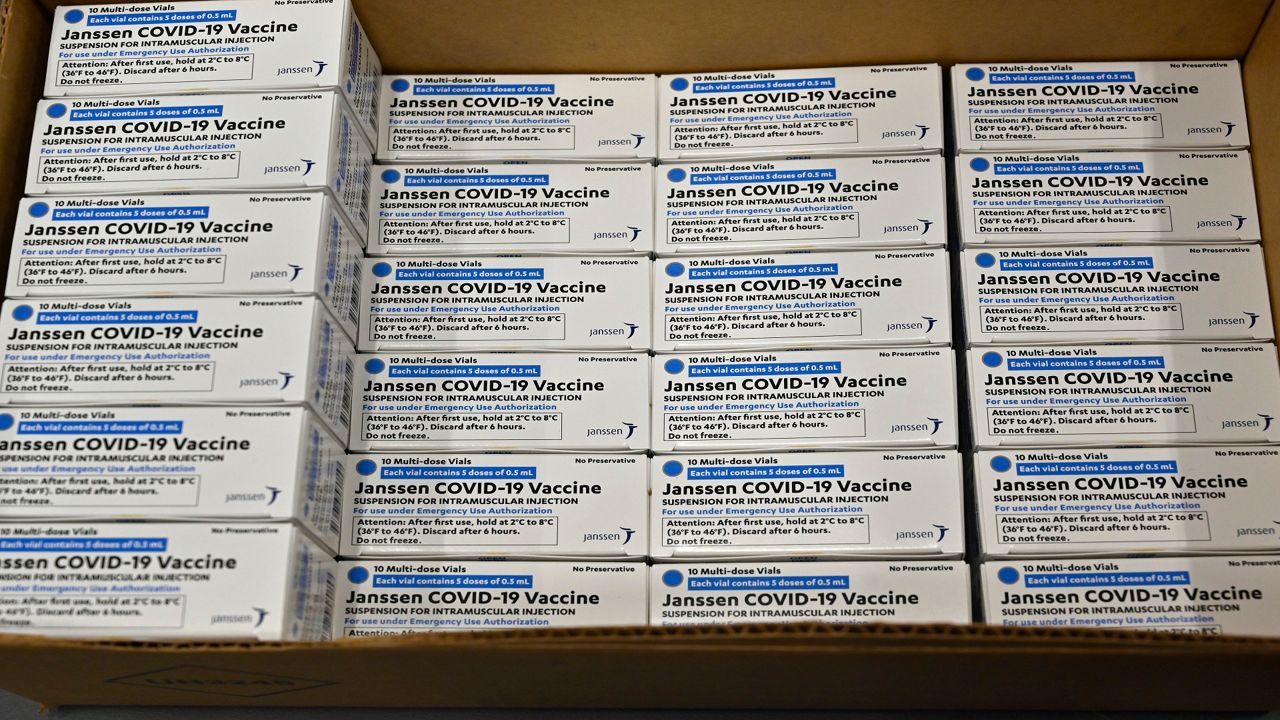 Health departments and vaccination clinics that are scheduling J&J appointments are working out the next steps. Summit County Public Health Commissioner Donna Skoda said the county is good to go for this week and next week after receiving its first 5,000 doses, but the department was awaiting more information about potential future impacts.

All residents 16 and older became eligible for COVID-19 vaccinations in Ohio on March 29, and appointments are filling quickly this week, even during a record week for vaccine allocation.

Ohio received its largest shipment of all three approved vaccines this week with more than 571,000 first doses.

Representatives of the ​Miami County and Logan County health departments told Spectrum they do not currently carry Johnson & Johnson, so their appointments will not be disrupted.

Dayton & Montgomery Public Health said it did not yet have information about the scope of the impact, public information officer for the health department Dan Suffoletto wrote in an email Thursday morning. Hamilton County Public Health, at this time, has not seen a change in its expected allocation, according to spokesperson Mike Samet.

As for Genesis HealthCare System's vaccination center in Zanezville, where J&J shots are being administered, public relations director Kelley Daspit said everyone who has an appointment should plan to show up as expected -- no appointments have been disrupted at this time.

Gov. Mike DeWine said Monday the state wasn’t then sure how many J&J doses would be distributed, calling J&J numbers the “unknown variable” for vaccine math.

“What we were assessing (last) weekend, and we continue to assess every single day, is if we have to move vaccines from one area to the other. So we will continue to be focused on making sure that every Ohioan who wants the vaccine has the ability to get the vaccine,” DeWine said.

DeWine also said his administration would soon announce plans to distribute J&J doses to college students before summer break following a meeting with Ohio’s university presidents on Friday. The driving factor behind the idea is the recent uptick in cases, primarily in the 20-30 age group, DeWine said.

“College students are high in capability to spread,” DeWine said. “As we look at going into the summer, this is a big concern that we have for that whole age group.”

DeWine is expected to give a coronavirus case and vaccine update at 2 p.m. Thursday.