With everyone 16 and older now eligible for vaccines in Ohio, out-of-state residents are traveling to the state for vaccines. (File: Pete Grieve / Spectrum News 1)

Vaccine Seekers From Pa. Travel to Ohio for Appointments

COLUMBUS, Ohio — About 1,200 people were vaccinated last week at a shuttered Sears store in Belmont County, Ohio, but not all of them were Ohio residents.

Belmont County Deputy Health Commissioner Robert Sproul said 100 to 150 of the people they vaccinated were Pennsylvania residents who crossed state lines for the shots.

Pennsylvania residents, who are eligible in Ohio but ineligible in their home state, have been booking appointments in Ohio for weeks, but since the state dropped eligibility requirements on March 22 -- and then fully opened vaccinations to everyone statewide on Monday, March 29 -- an “influx” of Pennsylvanians have been traveling over for appointments.

“Basically about an hour's drive from Pittsburgh, we've been seeing people coming in,” he told Spectrum News 1 Tuesday afternoon. “The priority is within our county, but if we have additional doses that we cannot give out, as Gov. Mike DeWine stated, we need to use them instead of wasting them.”

Because Ohio does not prohibit providers from immunizing non-residents, providers’ appointments have been booked from residents in other states, including Michigan, Illinois, West Virginia and Pennsylvania, where there is a large population of ineligible, vaccine-seeking Pittsburgh residents.

The Facebook group “Getting Pittsburgh Vaccinated” has nearly 40,000 members just two months after its creation. It’s also among the most active vaccine groups in the region. According to a founder of the forum, Leighann Bacher, social media posts have led to many Pittsburgh residents securing appointments in Ohio.

As the administrator of the group, Bacher said she has been reflecting on out-of-state vaccine seeking from an ethical standpoint. In some instances, there were vaccine clinics in Ohio with more Pennsylvanians than Ohioans reserving appointments, which didn’t sit well with her.

“From the beginning, I was always pretty hesitant to promote things in Ohio, just because I feel like that supply is meant for Ohioans,” she said. “I don't necessarily want 10,000 people from my group in Pennsylvania running there, so we definitely have tried to limit it.”

Bacher said group administrators are not going to be posting openings in Ohio anymore, but members of the group are still free to discuss where to get appointments among themselves. 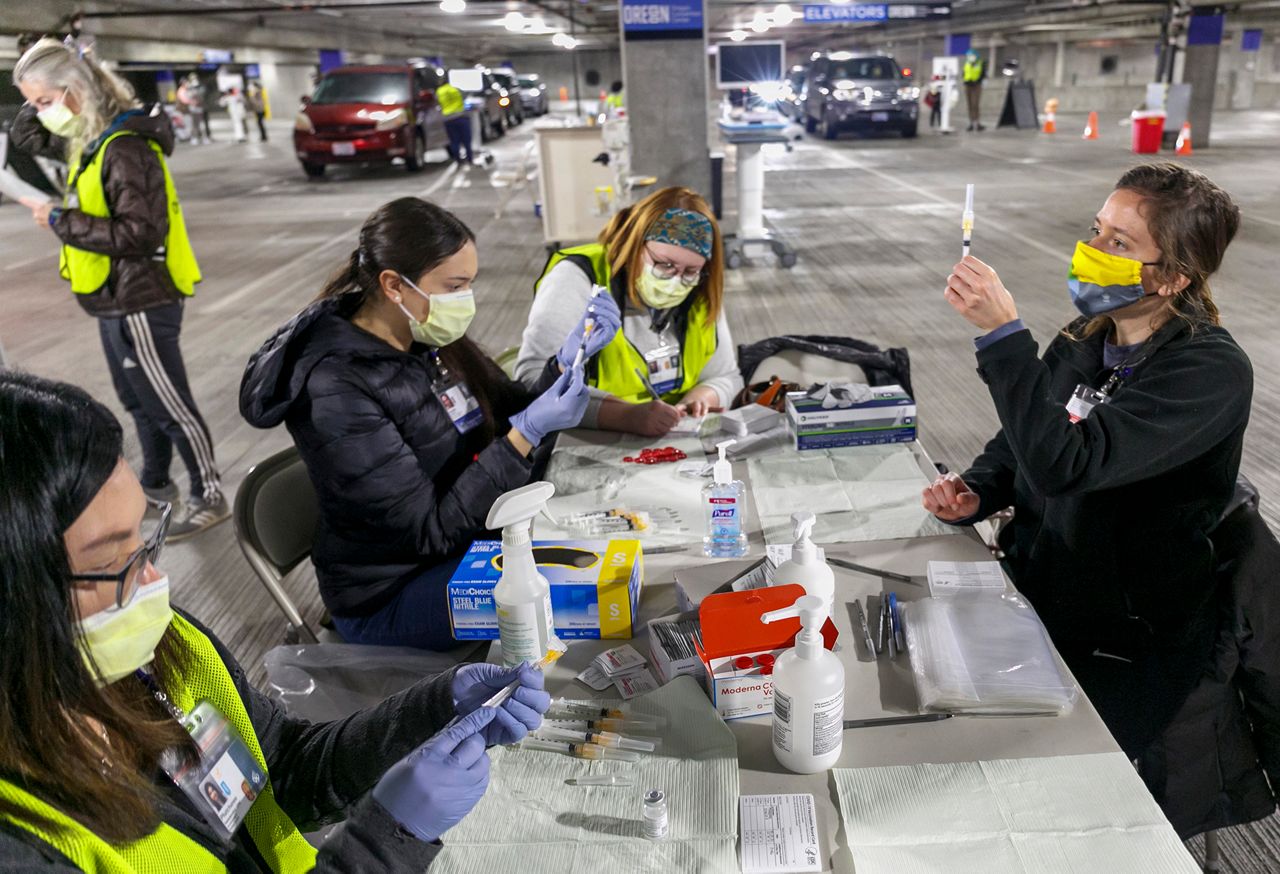 “We've seen that there's way more openings in Ohio than there are in Pennsylvania, which is crazy,” Bacher said. “So, at this point, if people ask us, 'Hey, can we go to Ohio?’ I'm like, ‘Yes, you can.’ I'm not going to lie to them, but we aren't necessarily going to be posting openings in Ohio.”

While demand for vaccines remains high in parts of Ohio -- particularly counties near urban population centers -- many rural counties in the state have seen less uptake of the vaccine.

“The week prior to that, it was less,” he said. “So, again, we're seeing an increase in the number.”

He said the health department has been pleased with the early numbers on vaccination rates in the county. Officials want Belmont residents to be the priority, but recently there has usually been enough supply for county residents to get shots, with enough available for some Pennsylvanians to get jabs, too, Sproul said.

“This is a federal vaccine, so we cannot deny someone this vaccine,” he said. “If we're getting people coming from out of our county into our clinics to receive the vaccine, and we have it available, yes, we're administering it.”

Being near Pittsburgh, Belmont County is in a more dificult situation than health departments in other parts of Ohio, Sproul said.

“It's a little tougher on the border counties when the states are differing that much in the restrictions,” he said. “It makes it tough on residents of some states if the neighboring states aren't keeping relatively close in the approval for vaccine age groups.”

The Ohio Department of Health reports that of the 3.32 million people who have been vaccinated in Ohio, 80,282 are residents of other states and residency was not reported for 50,945 people.

While some Ohio providers have set strict protocols for residency, Bacher said members of the Pittsburgh group have had success at pharmacies in Ohio, including RiteAid, Walmart, and Giant Eagle.

With the state’s eligibility opened up this week to 16 and older, more people are going to be making road trips from Pennsylvania to Ohio for the shot, and the trend could continue until Pennsylvania expands eligibility, she said. On Wednesday, Pennsylvania announced it plans to drop eligibility requirements on April 19.

“Part of me is like, 'Alright, well if Pennsylvanians are willing to go fill them, let them in.' The faster we can get both states vaccinated is better for everybody,” Bacher said. “If our state's not going to open up, people aren't going to sit around and wait for them to do it. So, go do it if you can, and there are openings are the thing, too,” she said.