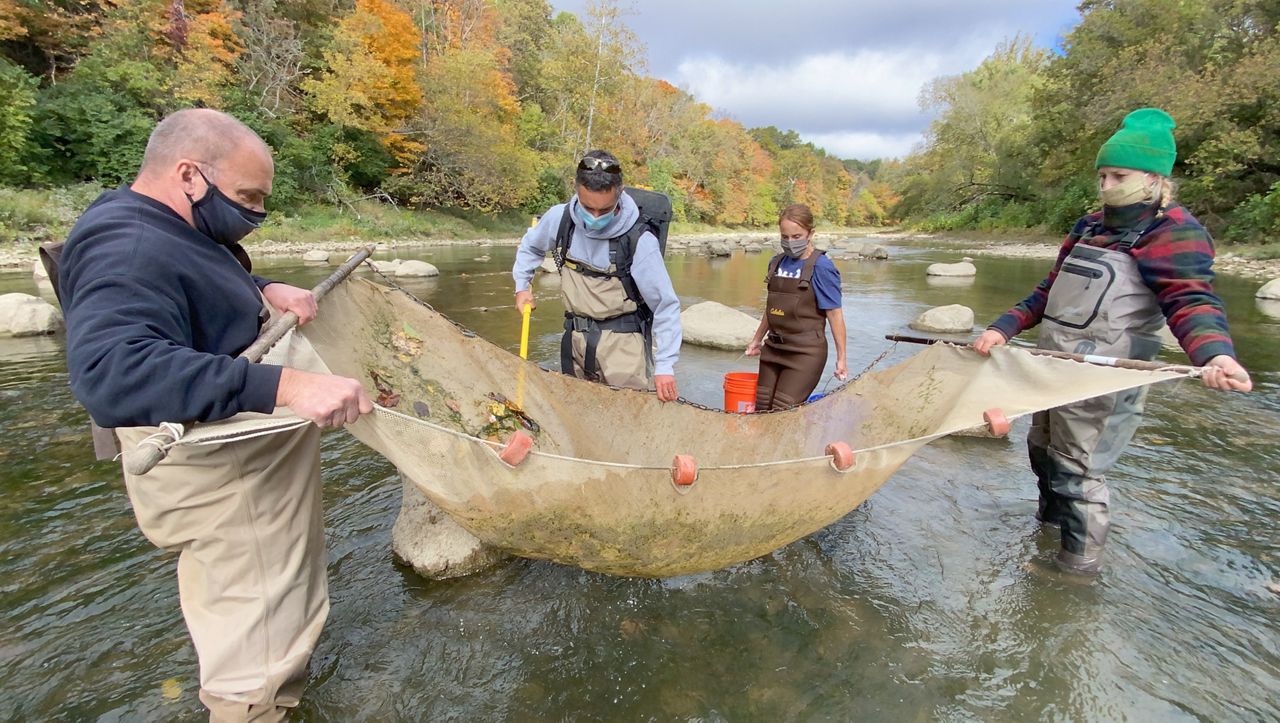 "We may not even know what role the spieces play here, but they are part of the historic fish community in the area, so what we're doing is trying to restore a piece of history," Brian Zimmerman said.

Zimmerman works within the STRIVE Lab at The Ohio State University. Holding an electric rod, he glided the device back and forth through the Stillwater River in West Milton. The electric current stunned the fish and allowed for his colleagues to catch them in their net.

Bob Gable is the Scenic Rivers Program Manager. The program is run by the Division of Natrual Areas and Preserves within the Ohio Department of Natural Resources. He said finding these fish would not have been possible decades ago.

"The streams became impacted by our activities and some of these sensitive species were lost, so that's why we're now trying to restore them back to the Stillwater River because the water quality has improved over the years and we think it can now support these fish," Gable said.

Our webinar is about to start at 10 am! Staff will talk about what makes wild & scenic rivers special, why healthy rivers are important to Ohioans, & how communities can get involved in designating rivers. https://t.co/eFbsMKv8l7 @OHEducation #inthistogetherohio #scenicrivers pic.twitter.com/mDS0RhWZ4f

In June, he and his team reintroduced an estimated 1,400 Bluebreast and Variegate darter.

The team spent roughly 15 minutes before finding the colorful varieties. The discovery is proof that the water is clean enough for the fish to survive in the river.

"So this is a male Bluebreast darter. He's pretty shocked at the moment, but he should recover and we'll put him back in the water. Right here is the tag next to my thumb. Males have the red spots and orange on the fin and the blue color underneath the chest. That's where they get their name, Bluebreast," Zimmerman said.

Rebecca Parry, a Stream Quality Monitoring Coordinator with Scenic Rivers Program, and Gracie Gehle, field technician and student at The Ohio State University, assisted in the capture, recording and releasing of the fish.

Together, the team accomplished what they hoped to and recorded history, proving that the health of this ecosystem is improving.

While the fish they recovered all showed the tags that were placed before they were released in June, Gable and Zimmerman said they hope to one day find fish without tags, proving the health of the water has improved enough for the fish to not only survive, but reproduce.

The Stillwater River is one of 14 different Scenic Rivers throughout Ohio. The designation protects these waterways.