The first Kenmore Winter Break Music Festival, set for Dec. 17 and 18 at the Rialto Theatre on Kenmore Boulevard, is designed not only to break up the monotony of a dreary Ohio winter, it’s also part of a strategy by the Kenmore Neighborhood Alliance (KNA) to shine a light on Akron’s “Music Row.”

“We’re finally listening to our musicians and music businesses and saying, ‘What do you need?’” Boyes said. “I don't know that anyone's really done that in a concerted way. That's what we're trying to do. We already have the music businesses here.”

Since Boyes took the helm of the newly created community development corporation in 2016, KNA has focused on revitalizing the businesses still standing on the Boulevard, Kenmore’s sole business district.

KNA began by spearheading a Better Block festival in 2017, which is designed to show what’s possible in a community, while featuring what’s already great.

That three-day event morphed into Kenmore First Fridays in the summers, which brought food, vendors and music to the Boulevard, drawing thousands of Akron residents over the past few years.

Boyes also applied for, and was awarded, an historic designation for the Boulevard, whose listing on the National Register of Historic Places offers benefits to small business owners looking to make building improvements.

During the long months of the pandemic, 10 new, small businesses opened their doors on the Boulevard, filling in shop fronts and bringing more vitality to the neighborhood.

Now, with a strong foundation under the business district, and the pandemic easing enough for people to come out again, KNA is fine-tuning its focus to help the individual music businesses market themselves — a move that sparked the Winter Break Music Fest idea.

“The businesses need marketing help yesterday, everything from somebody to take a picture, and put it on Facebook to an advertisement,” said Corey Jenkins, KNA’s promoter and experience manager, and the mastermind behind the music fest. “Overall, most don't know how to do any of that.”

But Jenkins does, having experience both as a musician with the band “Big Pop,” and in corporate marketing. 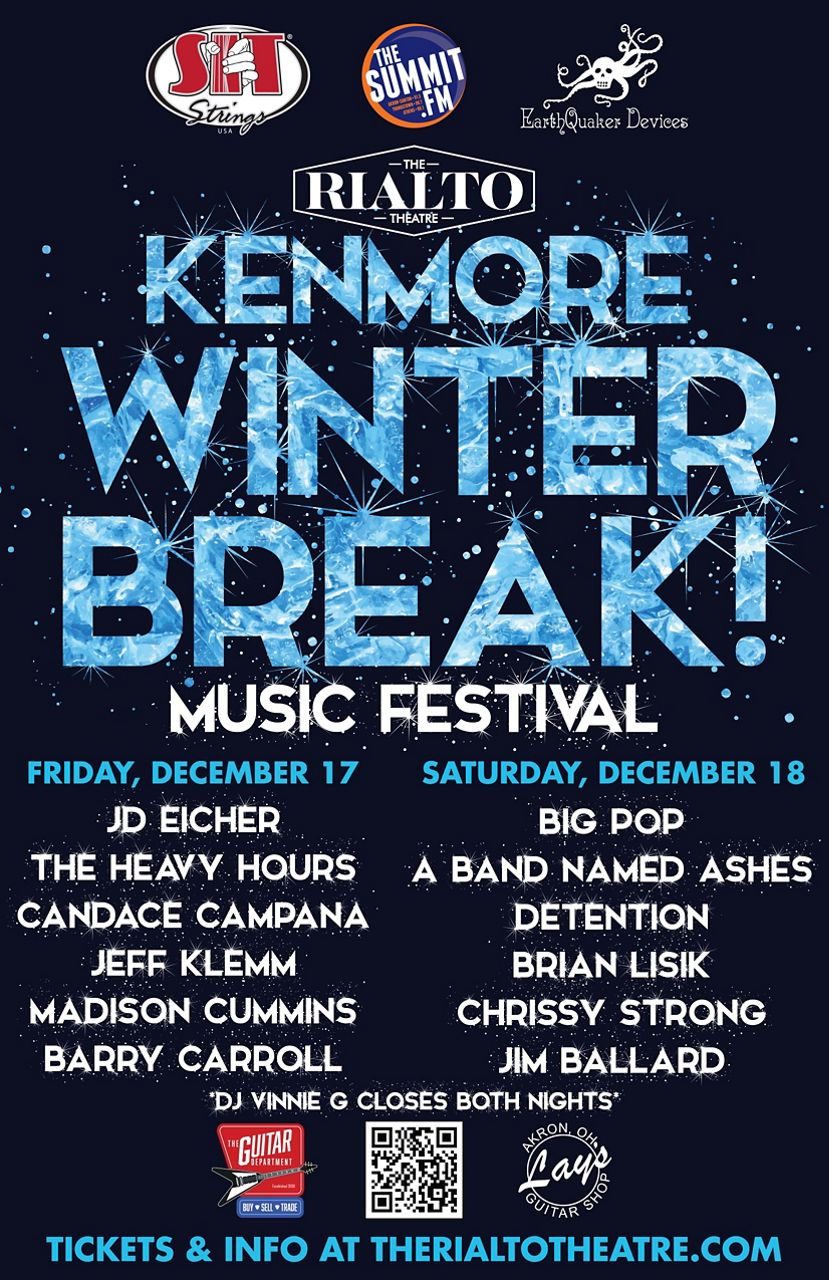 The Kenmore Winter Break Music Festival is set for December 17 & 18 at the Rialto Theatre on Kenmore Boulevard. (Courtesy of Kenmore Neighborhood Alliance)

KNA plans to begin promoting the core music businesses first, and expand to others on the Boulevard as she and Jenkins flesh out the best approach with the means they have to work with, Boyes said.

“There are people living within a block of these businesses that have not known for 15 to 20 years what these businesses even are,” she said. “That's our job as the CDC here for this district is to make sure people know that this district is great. Magnify that visually, you know, marketing-wise branding and branding. We want to make this affordable and accessible, but it cannot be free.”

The idea for a music fest was sparked when Jenkins began planning promotions with Rialto Theatre owners Seth and Nate Vaill for a relaunch of the theatre. The brothers bought the theater in 2010, and opened a performance venue, an event space and Just A Dream Recording Studios in 2015.

While working on a relaunch plan to showcase the theater’s newly created Living Room Stage for acoustic sets, Jenkins suggested a music festival.

“By December, people are missing the summer music festivals,” he said. “With the COVID stuff, there hasn't been the opportunity for a lot of that, so I was like, ‘Let's do something big.’”

The Vaills liked the idea so Jenkins contacted 91.3 The Summit FM, Akron’s original-music station, which agreed to participate. The Summit already refers to the Boulevard as Akron’s Music Row in ads, Jenkins said.

Once the other Boulevard’s music businesses agreed to sponsor the event the festival was on.

“It’s about giving Kenmore and the Rialto a signature music event that is unique and they can own,” Jenkins said.

“To be honest, there's a rich history here,” he said. “I think we start with the musicians and then the people come. I think that's the key, getting the musicians to come down and play you know, and then people will follow once there's a community of musicians that are here.” 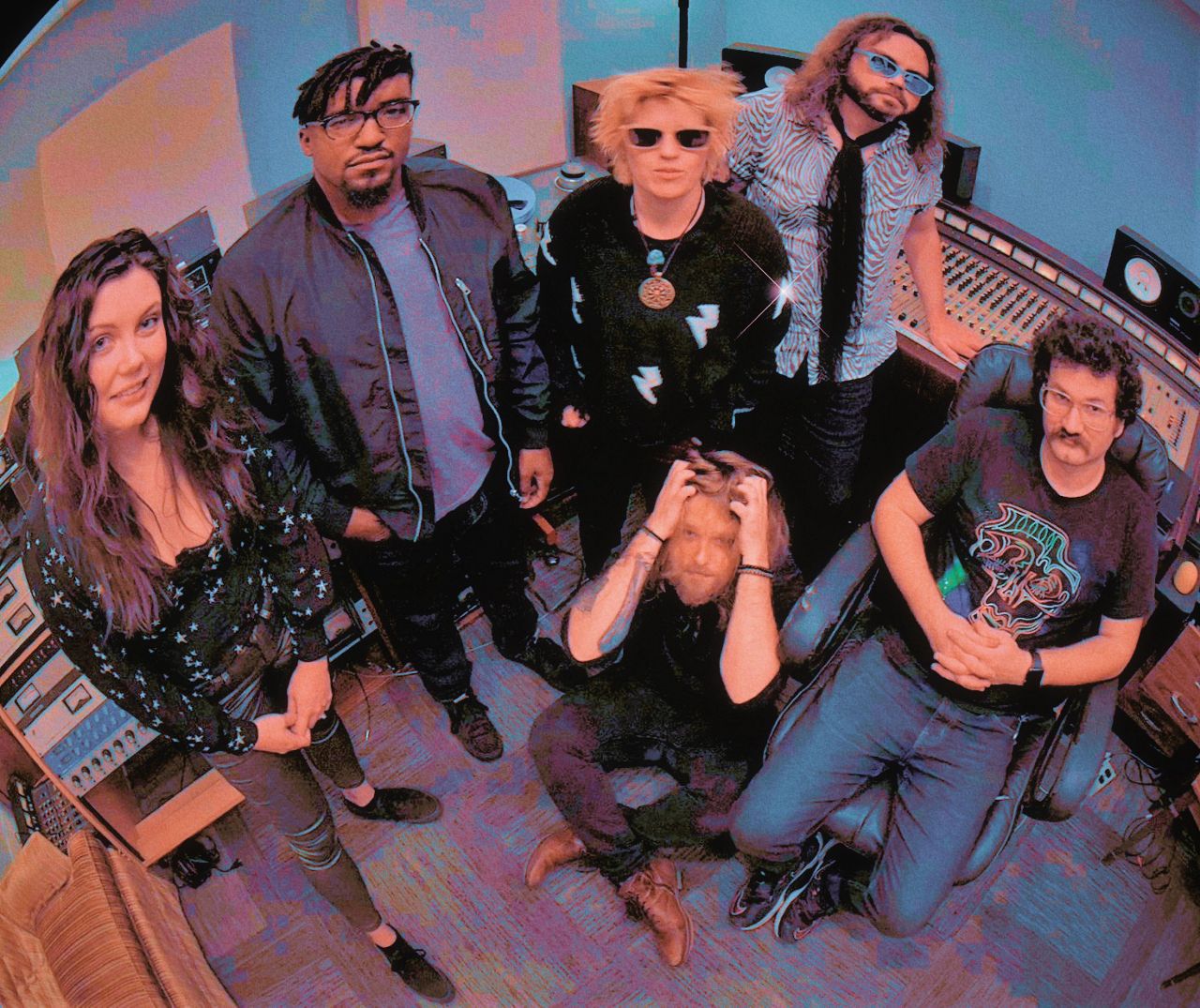 The Rialto is in good company on the Boulevard.

Boyes likens the services KNA could offer Boulevard businesses to agency work, where offerings would be on a project or retainer basis.